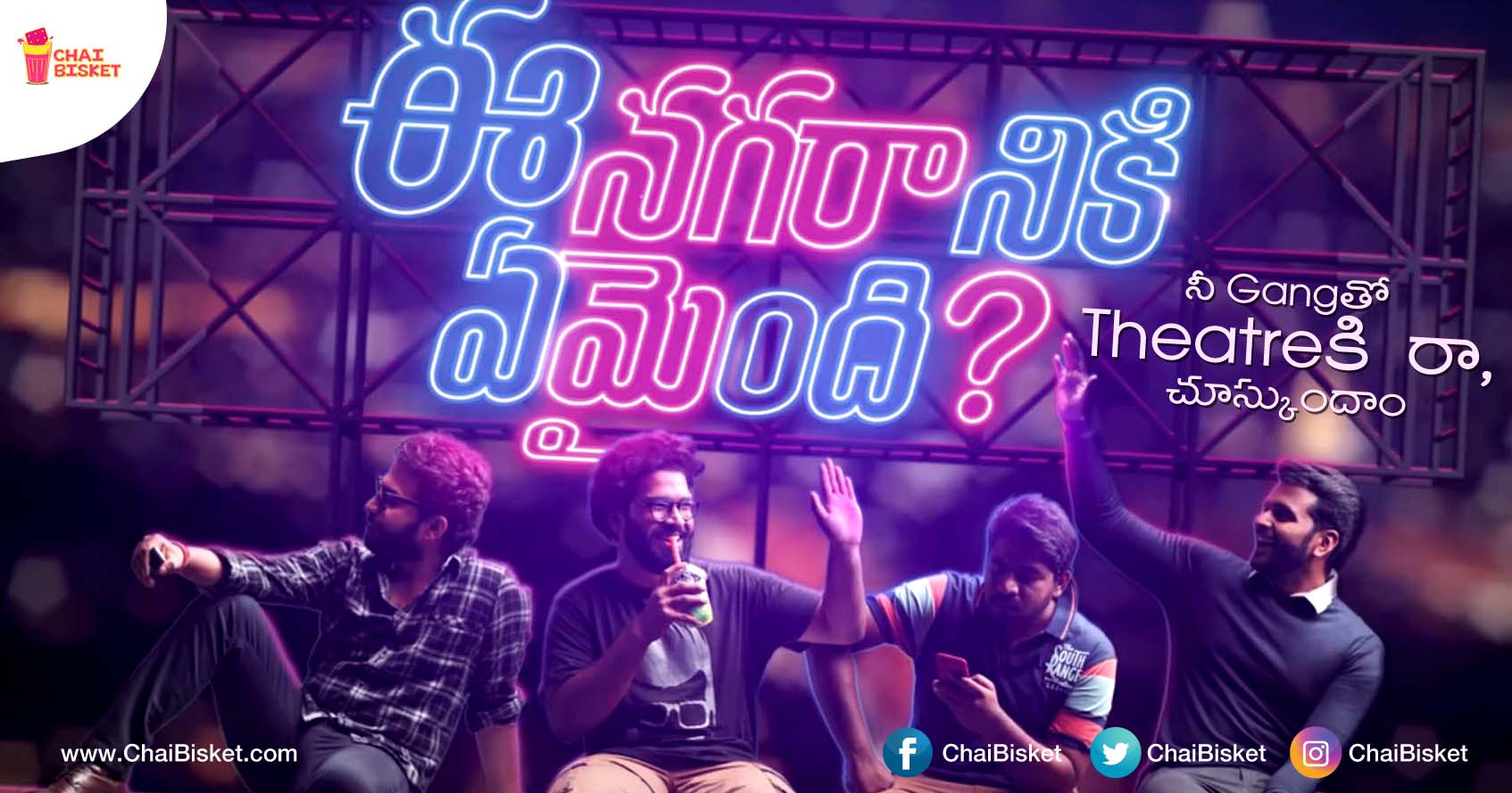 Pellichoopulu – Movie that took the industry by storm. It gave a huge boost to all the small movie makers. After its success, there is some curiosity about the director’s next project. He took his time and came back with another interesting plot. So here it goes “E nagaraniki emaindi?” with some new faces. And here’s what director wants to share about the movies’s plot and crew..

It’s been a while since Pellichoopulu released, quite a wait ! The accolades, appreciation and the success was unexpected and overwhelming. It took a while to get a grip of it and to try and work towards repeating the magic. In the process, I’ve only realised that no one can ever fully comprehend the dynamics of creating successful cinema here. You only do what you love and hope people find some honestly in it and relate to what you are trying to say. So here it goes again.

This next one is about four friends – Karthik (Sushanth Reddy), a manager at an elite pub, great at wine tasting and really bad at choosing friends. Vivek (Vishwaksen Naidu), his best friend, works in a top software firm but is addicted to alcohol & denies it totally. Uppu (Venkatesh Kakumanu), a wedding film editor who always orders only soft drinks or milkshakes at the bar. The last one is someone who might ring a bell – Kaushik version 2.0 (Abhinav Gomatam). Along with the boys, Anisha Ambrose & Simran Chowdhary play crucial roles in the film.

Since the film revolves around friends, alcohol & filmmaking, we felt the title “Ee Nagaraniki Emaindi” was apt. After all, it was suggested by one of my best friends, the real Kaushik – Mr.Srinivas Kaushik Nanduri, who besides constantly joking on set is also the Co-Executive Producer for the film. Mentoring him and guiding us was Mr.Venkat Siddareddy who is the Executive Producer for the film. Mrs.Latha Tharun – is the Production Designer ( Art & Costumes ). I have to say she did a fabulous job. i literally HAVE to say it since she’s my wife. I found a best friend in the Cinematographer – Mr.Niketh Bommireddy, who is just super talented and will definitely be an asset to the industry in the future. The music is by Swara Swagger ( He hates that name, btw ) – Mr.Vivek Sagar. He went crazy with this one and we aren’t complaining at all. The editor is Mr.Raviteja Girijala who might just quit if i ask him for one more edit change. Finally, the HOD Mr. Suresh Babu, who has to be the coolest producer in T town.

Friendship is something that I value the most and I believe that my friends, the pointless conversations that I’ve had with them, the crazy trips and the silly short films i’ve made with them have shaped me as a better person and has made life more enjoyable. Ive tried my best to capture all such moments laced with humour thats far better than this letter, I promise.

So, chinna cinema, kottha faces, made by my crazy gang. Let’s meet with yours at the Theatre soon. chooskundham. 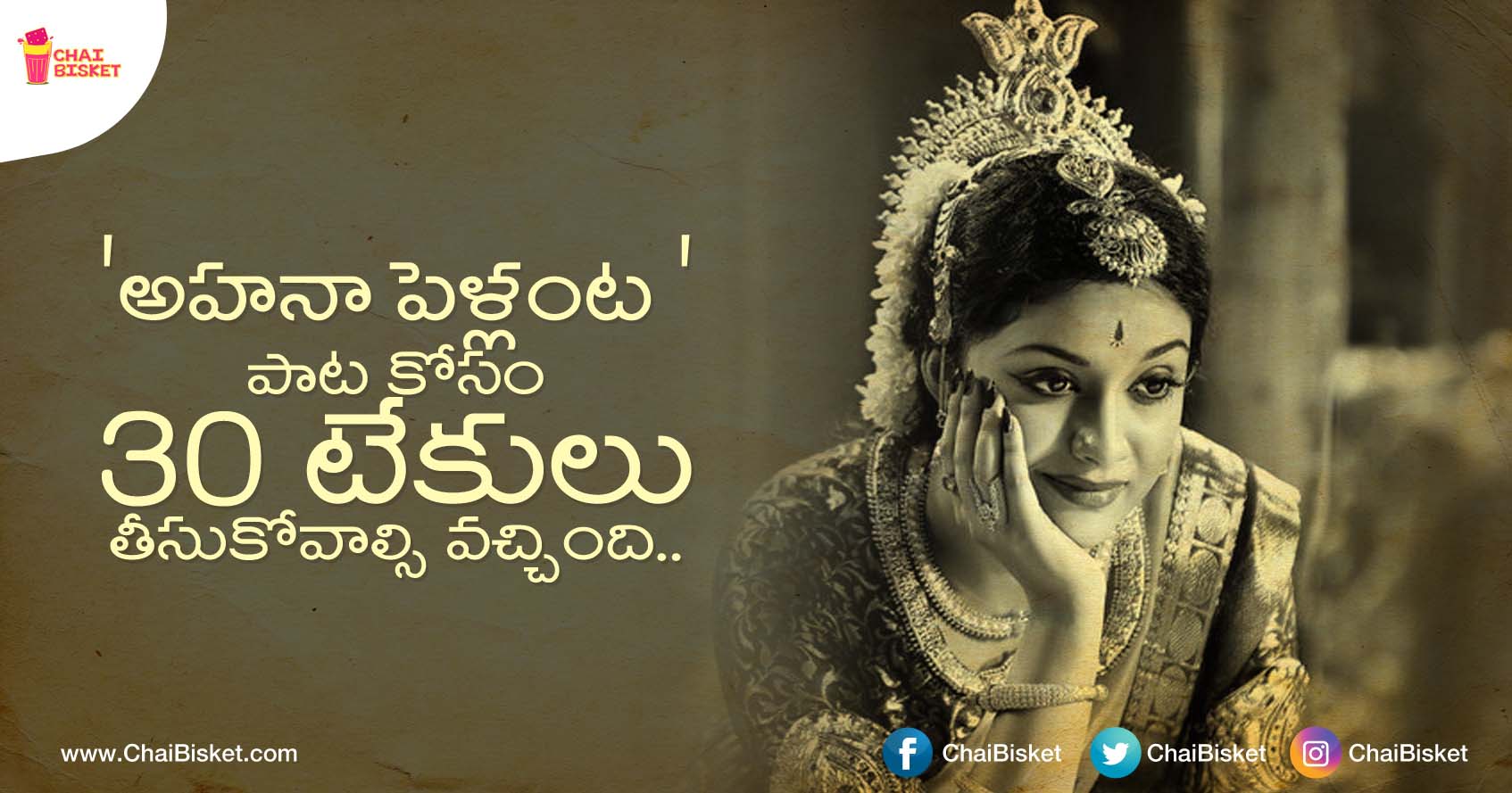 Here’s The Unimaginable Transformation Journey Of Keerthy Suresh For Mahanati!