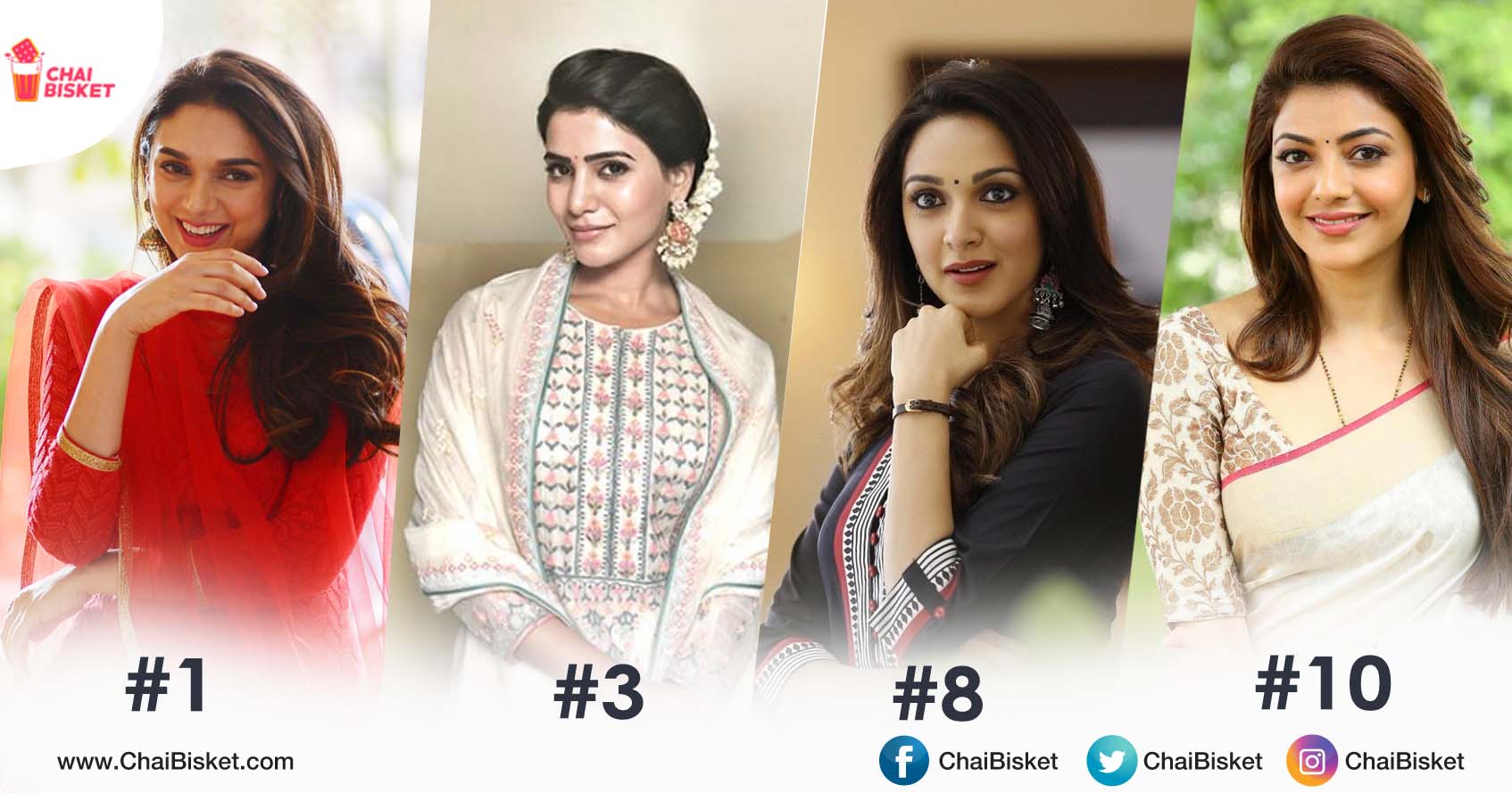 1. Aditi Rao Hydari
This Hyderabadi girl is a bundle of talent. After making her mark in Hindi and Tamil film industries, it is only recently that the Bharatnatyam dancer made her debut in Telugu with . And what a debut it was for the Antariksham actress!

2.Shreya Rao Kamavarapu.
This fbb Colours Femina Miss India 2018 Second Runner-up is a perfect example of the old adage – more than just a pretty face. An architecture graduate who’s always armed with a positive attitude and a thousand-watt smile, this Telugu ammayi is inspirational in more ways than one with her philanthropy. Here is an article about her

4. Pooja Hegde
Winner of the Most Desirable Women 2017, she is currently Tollywood’s most sought-after leading ladies. This catwalk maven, in a very short span of time, has blazed a career trail many of her contemporaries in Tollywood would be envious of.

5. Rashmika Mandana
While the Kannada girl stole hearts with her debut film Kirik Party, the Telugu audience sat up and took notice when she made her debut as the bubbly Karthika in Chalo. Her role as Geetha in Geetha Govindam only sealed her place in the industry and there has been no looking back since then!

6. Kamakshi Bhaskarla
A medical graduate with a dream to conquer the world and doe eyes to die for, fbb Colours Femina Miss Telangana 2018 has firm ideologies about everything under the sun – be it women or education. The ex-short film actor is one to watch out for!

7. PV Sindhu
The girl who packs a punch when she hits the badminton court, PV Sindhu, is the perfect combination of grace, strength and humility. She wins you over the moment she flashes that impish smile setting quite a few hearts fluttering in the process.

8. Kiara Advani
If looks could kill, Kiara is picasso of it. This Girl stole hearts as Sakshi Singh but she upped the ante considerably with her role in our very own Bharat Ane Nenu. With a slew of Telugu and Hindi movies up her sleeve, this girl is here to stay.

9. Rakul Preet Singh
Former Miss India contestant and Tollywood’s most sought after girl, Rakul is a potent mix of cute, nice, smart and sharp at the same time.

10. Kajal Agarwal
While her umpteen Filmfare awards and nominations over the years prove that it’s not just her looks which got her where she is today, Kajal Aggarwal is beauty personified with looks that charm her fans. Not to mention, her knockout performance as Kali in Awe!

11. Payal Rajput
Payal Rajput came as a bundle of surprise to the Telugu Film Industry setting the screen on fire with her scorching role in RX 100. Her debut in Punjabi with an award-winning performance in Channaya Mereya and even her performance in the Telugu debut was well-appreciated.

12. Brahmani Nara
Nara Brahmani, Daughter of Nandamuri Balakrishna and wife of Nara Lokesh, mother of one, the ED of a food group and trustee of a charitable trust is the perfect example of beauty with brains. The Stanford degree the well-spoken lady has doesn’t hurt either.

13. Rishita Koruturu
As a teenager, she faced ‘tall girl problems’, but she turned that into her advantage when she decided to become a model. This 20-year-old not only won the title of Miss Hyderabad in a pageant in 2017, but also found a space in a top TV reality show that has Lisa Haydon, Atul Kasbekar and Anaita Shroff Adajania as judges.

14. Reha Sukeja
She literally walks tall with her six-foot frame, but her career as a supermodel only adds to the persona. The Hyderabadi beauty is on demand for her versatality. Put her in a ghagra or a jumpsuit, she’ll fit right in!

15. Nidhi Agerwal
This Miss Diva 2014 finalist did not just make the world sit up and take notice with her enviable dance moves in Munna Michael but also stole hearts when she lit the screen on fire as Chitra in Savyasachi and Nikki in Mr.Majnu recently.

16. Anushka Shetty
Be it as a warrior queen in Rudrama Devi or the Mesmerising Devasena in Baahubali. She is the Sweety of Telugu cinema, she is a queen of hearts!

17. Priayanka Jawalkar
The computer science and fashion graduate stole hearts with her pretty looks when she made her debut alongside Deverakonda in Taxiwaala recently. The Marathi girl from Anantapur is the quintessential girl-next-door and was even famous for her short film ‘Possessiveness’ that went viral five years ago.

18. Sai Pallavi
She is a trained medico and a dancer. The actress, who debuted in Tollywood with Fidaa, With her girl-next-door looks and infectious smile, she can cast a spell on anyone. Is it any wonder then that she is still one of the most sought-after ladies in tinsel town?

19. Mithali Raj
The senior most player of the Indian women’s cricket team. While the rare appearance of that dimple when she smiles, In a nation mad about men’s cricket and cinema, Mithali deserves a lion’s share of credit for putting women’s cricket on the front pages.

20. Bhoomi Shetty
The Lead Actress in a daily serial Ninne Pelladatha, got the attention of boys with innocent looks and attire. Though she was crying most of the time in serial, she had good smile. 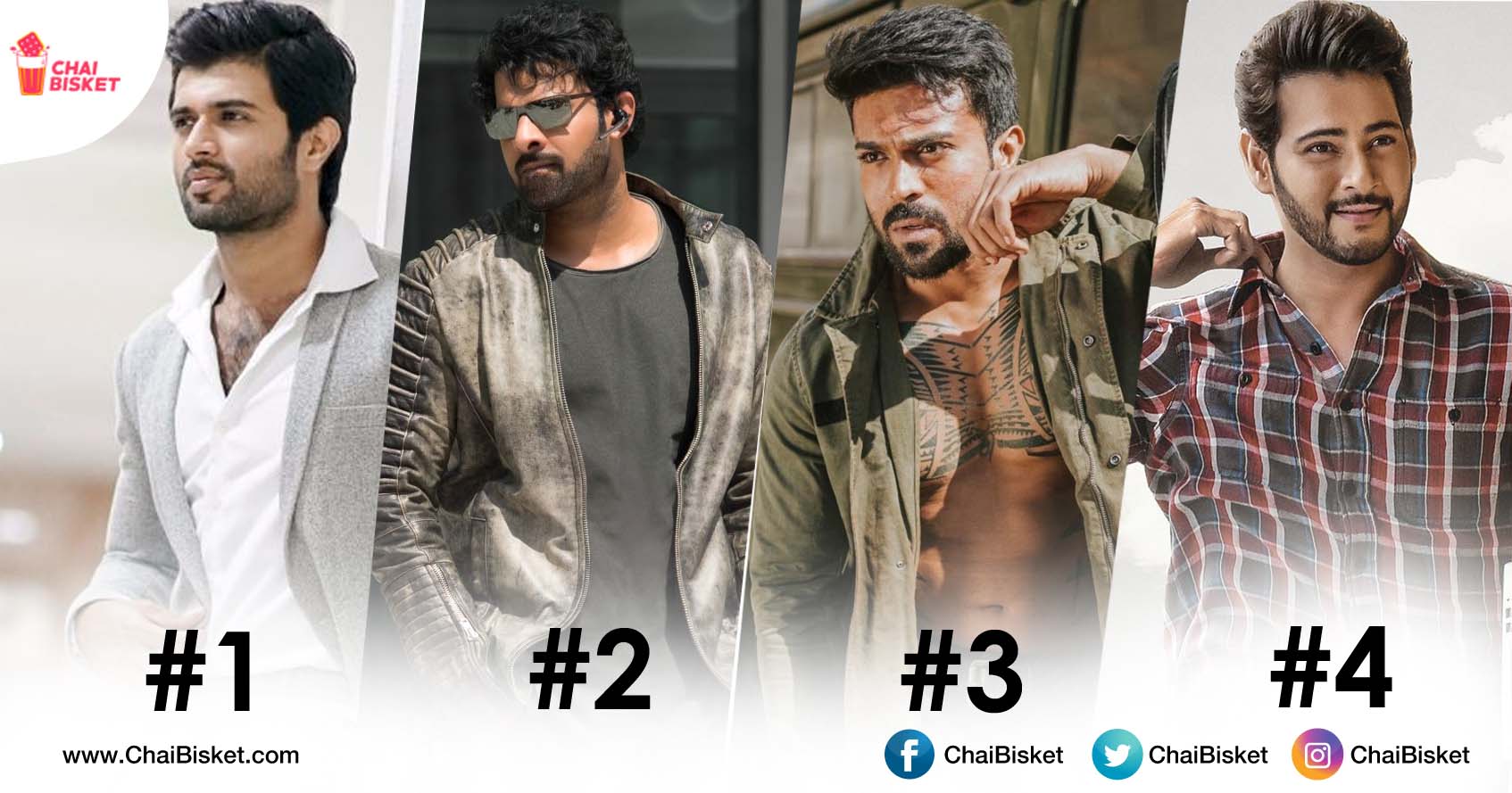