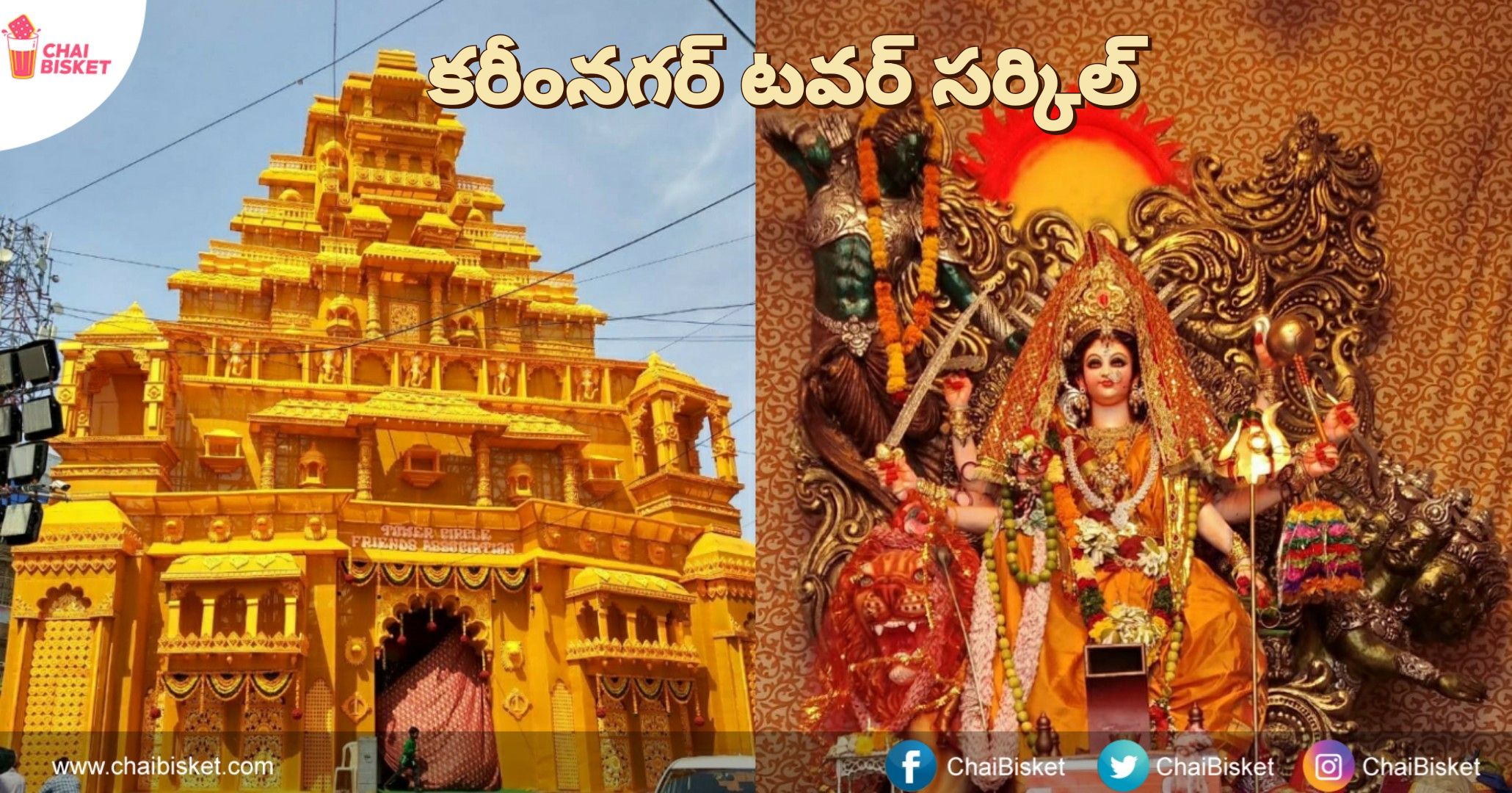 There is this popular saying, that— be it in New Delhi or New York, to be precise it may be Kolkata or Mysore, if a group of Hindu devotees are living near each other, a Durga Puja will definitely happen in grand-scale during the Navaratri season. Quite essentially, a devotee can exist without food for a day or two (which in-terms called as ‘Fasting’) but he/she cannot exist without Durga Puja in the Dussehra Navarastri season.

like in all the territories, in Telangana’s Karimnagar also, Come Navaratri season and it is the time mainly for devotion, among other customs, rituals and garba elements. Maximum city Karimnagar’s heartland ‘Tower Circle’ serves as the destination for this biggest ever pandal in whole Telanagana state. Karimnagar’s Tower circle is the busiest street in the whole Northern Telangana region which bears a testament to Zaveri Bazar and Charminar areas.

In such street which the hustle bustles round the clock, who’d even think that a Navaratri celebrations and Durga puja will be held with immense gratification?? A group of local residents dreamt of it and executed in such a way that these celebrations after 14 years serves as the symbol of Grandeur and Velour. In a place where people jostling for space, the organization called ‘Tower Circle Friends Association TCFA (Regd 99/2010)’ identified the vacuum for the Durga Puja and started the establishment of Durga idol and immersing the idol. With the immersion it marks the end of Navaratri period.

This 9 days of festivities is a treat for the devotees all across the city. The Navaratri rituals organized by TCFA are carried out for the first time in 2005 and then went on becoming a tradition since 14 years. Karimnagar’s Tower Circle Navaratri rituals lead by TCFA serves as an ersatz, counterfeit of Calcutta and Mysore. The recent year impressions proved it right.

The moment you enter Karimnagar’s Tower Circle during Durga Puja organized by TCFA, everything changes all of a sudden. The sun coyly shines, spreading just the correct amount of sunlight and warmth, the garba/dandiya in the evenings, the soothing music, the smell of flowers is all in the air and there is a sense of gaiety and splendor everywhere. Right from the local Councillors and Mayor to the legislator, prominent people gives this Navaratri/Durga Puja celebrations a political touch. You enter the Durga Pandal in the evening and world stops existing for a while, all you hear is the loud tunes to which tens of people dancing as part of the tradition and the unmistakable smell of incense that goes with the rituals. But it also means battling through traffic and throngs and throngs of people to reach the puja stall. On Dussehra day however, it is relentless, there is no going away from the Puja, and the city is full of madness and celebration.

In Karimnagar’s Tower Circle festival of the feminine power of Ma Durga, this puja season will be complemented by the gentle persuasion of Mother Earth. As the city prepared to celebrate the annual event that defines faith, society and culture, the celebrants will not be blind to the concerns of the day. That is why the focus of the puja committees is on the environment. The TCFA identified the necessity to avoid the use of bio-undegradable products like Plastic carry bags e.t.c

Thus on a bigger picture Karimnagar city’s Tower Circle Durga Puja celebrations which is being organized since 2005 by ‘Tower Circle Friends Association TCFA (Regd 99/2010)’ defies the contemporaries and proved that “Maintaining the auspiciousness of any festival in a semi-metropolitan is not so tough.” 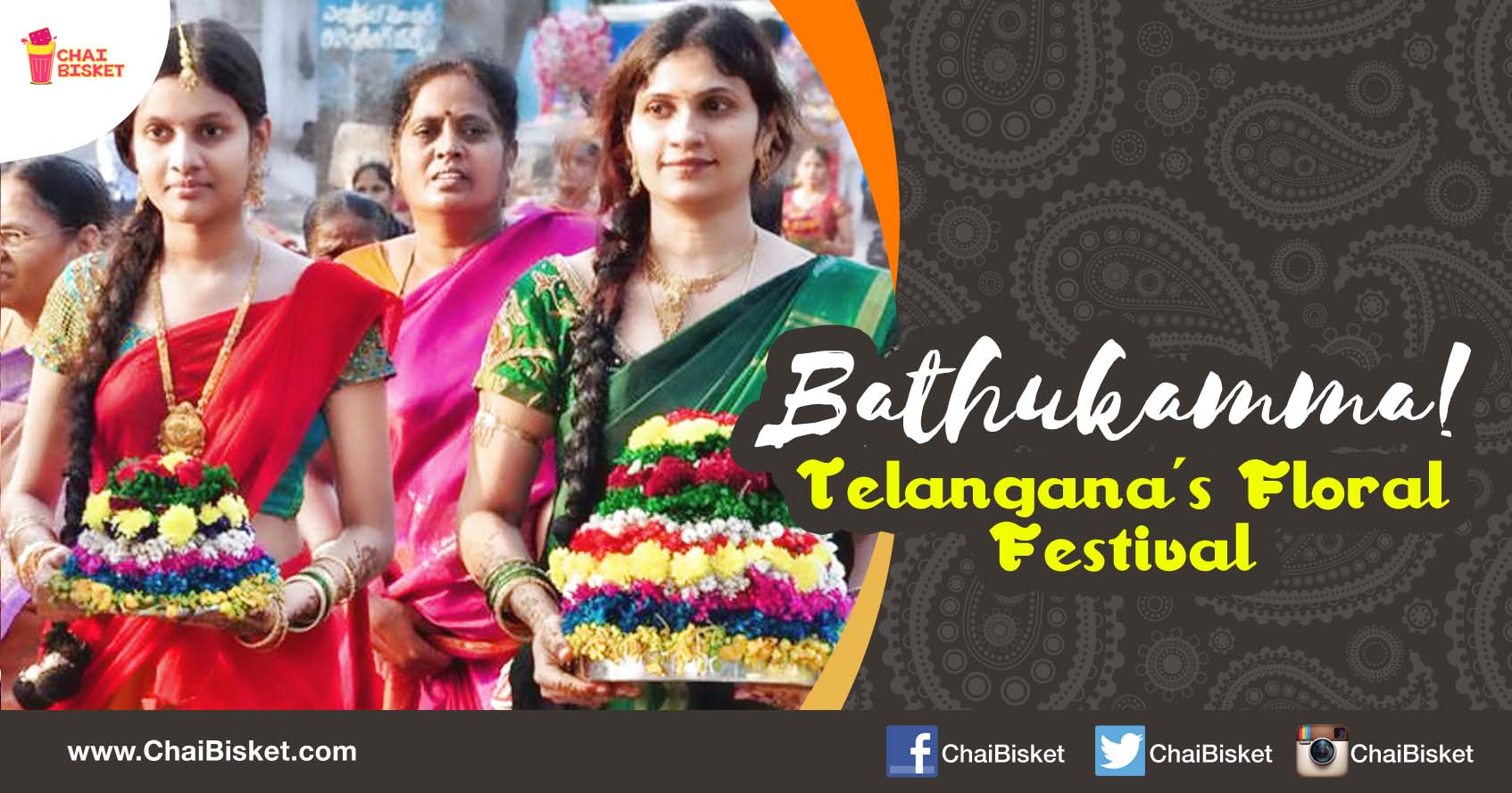 Everything About Telangana’s Beautiful Festival, ‘Bathukamma’