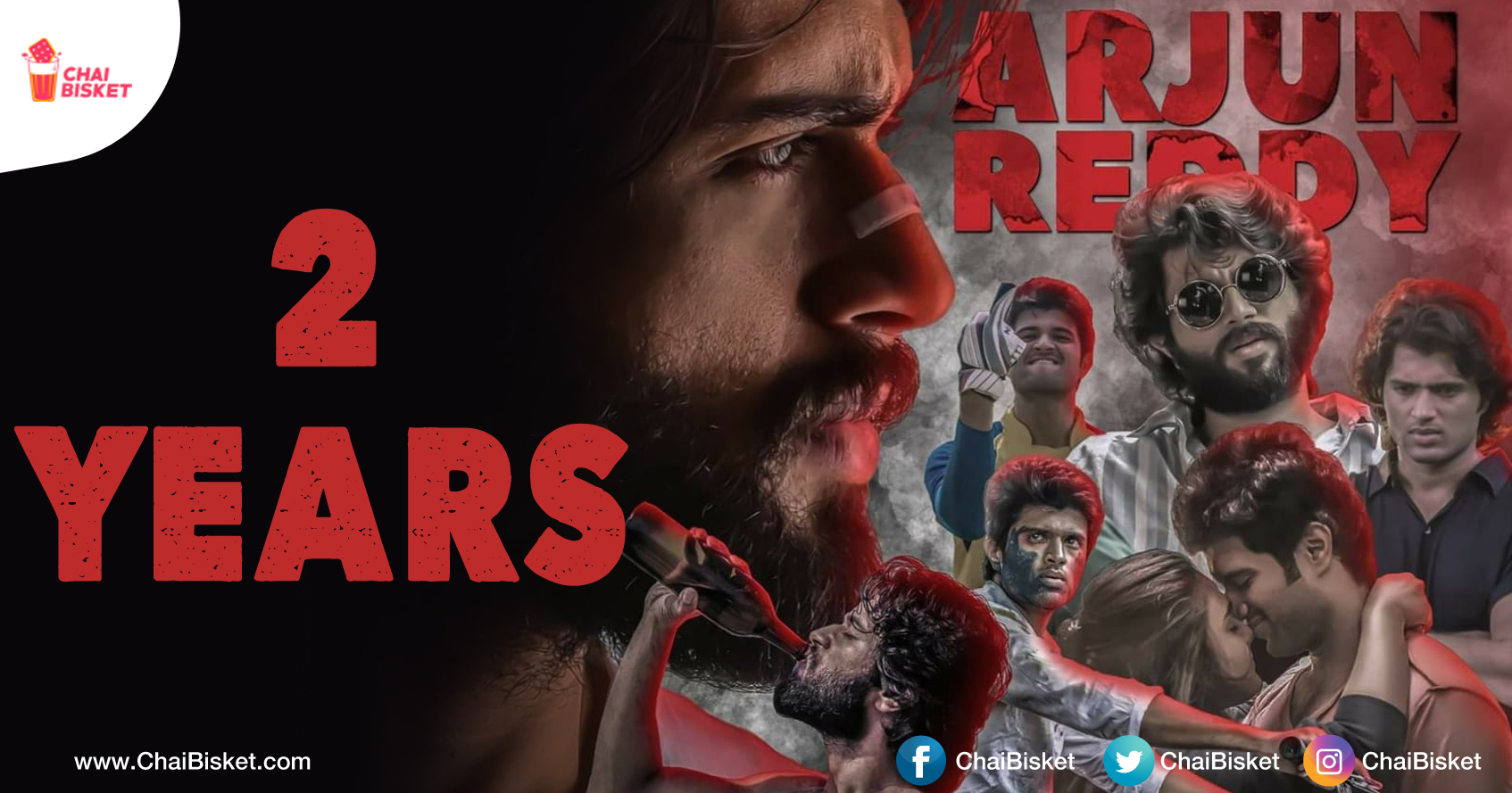 Arjun Reddy – A lot of people are calling it a bold movie..But I prefer the word ‘mature’. The film is probably the best one Telugu cinema has produced in a decade. But what makes Arjun Reddy so special? The very titular role of Arjun Reddy portrayed by Vijay Devarakonda.

Note: Spoilers ahead. Continue reading only if you have watched the film.

Arjun Reddy (AR) is one of the strongest characters written in recent times. The film is all about rise and fall of a person – Arjun Reddy. The character goes through a roller coaster of emotions and then hits a phase of suffering until he finally discovers his happiness. One of the major and strongest identities of AR is his anger. But unbeknownst, his anger overshadows his major inbuilt quality – maturity in thoughts.

Another prime factor people can remember the character AR for is his love for Preeti. The moment he sees the girl, he decides firmly to stay back in college and make love to her for the rest of his life. This decision of his doesn’t change at all – which is the crux of the film. This shows his mature thinking for a long lasting relationship. A lot is being spoken about the way their love begins – ‘forcibly’.. There is no rule book that states how love should kick off. Here, director Sandeep Reddy vanga shows us Preeti (on her day 1 at college) staring at AR multiple times much before she is introduced to him. This gives a subtle hint that there is a possibility of love blossoming from her end. However, fearing his anger, she submissively decides to follow him but later falls deeply and madly in love for his very true nature.

In the film, AR, post breakup, is stuck in suffering and resists change in his life. No director today could’ve dared to attempt such a film where the protagonist is seen going through a ‘dark phase’ in the entire second half. The ‘relatable’ characterisation hits the emotional chord with the audience. Majority of them do not sympathise with the character, but sit and wait to watch him come out of that pain.

What Makes Arjun Reddy Special?
Life is all about adjusting yourself and moving on. However, AR does not fall in that category. His grandmother – played by yesteryear actress Kanchana garu – tells us in the very beginning that Arjun is stubborn and never gives up on what is his. This is maintained throughout the film. His conversation with dean regarding self-respect in beginning, his guts in introducing himself to Preeti’s dad whilst smoking a cigarette establishes AR as a strong character with a clear mindset. He does what he likes. He speaks what comes to his mind. He lives his life to the fullest. Tollywood has seen a lot of films where the lead roles are introduced on a high energetic note, but never ended on that very same note. In Arjun Reddy’s case, the best part is that it doesn’t follow any proper narrative structure. It’s all about a life and it is best told in a way that is understood.

Arjun Reddy’s Maturity!
Though he is introduced to us as a college-goer with serious anger issues, whenever he is with Preeti, he becomes mature in thoughts, acts sensible, responsible and caring. Besides, as time progresses, he becomes a lot more mature.
– The way he tells Preeti to talk to her father “like a woman..not like a teenager”
– The way he tries to explain his dad about ‘Private Space’
– Taking word from Amith regarding non-interference
– Explaining about girls’ PMS issue and sharing their pain
– How kids should happen out of love without planning
– His dialogue with his mother ..”Mummy idhi life lo oka phase..ardam chesko”
– His emotional support to his father after the demise of grandmother.. are just a few classic examples that show us Arjun is beyond perfection in his thoughts. If there’s one thing that is not perfect – that is his subconscious mindset that keeps fluctuating ever since he fell into darkness after Preeti’s marriage.

The character of AR stands out from the rest for being the same throughout the film. Living in his free-spirited nature, AR is someone who hates justifying his acts once they are done These acts might seem to be right to him at that very moment – but are considered wrong by others. In the beginning, AR tells to dean that he doesn’t like convincing the latter by explaining what has happened (football fight). The same baseline (hero’s character doesn’t change) is seen in the climax when AR’s friend Shiva tells Preeti about what happened to Arjun at the time of her marriage .. “Preeti neeku ivanni theliyaali kabatte chepthunna.. Lekapothe vaadu ee vishayalu neku eppuduu convey cheyadu..” At a time when directors write heavy dialogues for their heroes, Arjun Reddy came with nothing of that sort, but still sent out a classic heroism impact.

Arjun Reddy tells us that once you are heart broken, you cannot be the same person ever again. No matter how many people you meet, how much you try to keep yourself busy, how many materialistic possessions you have, the pain is same and it cannot be changed. He never wants to get into any other relationship or develop any feelings because of the very fact that he cannot ‘love again’ someone the same way as he did to Preeti. A lot of us could connect to the story because the film is not a mere presentation of a script, rather it is a life – put up on big screen.

Director Sandeep Reddy Vanga deserves every bit of appreciation for the way he penned down Arjun’s role and few cult classic scenes. The interval bang of ‘inverted Arjun on bed’ tells us how his life turns upside down from that very moment. The simple scene of the kite thread slowly falling down (when Shiva tells Arjun that Preeti’s marriage is over) – depicts the start of AR’s downfall. The intro scene where he threatens a lady with knife, but gains senses when the lights are back in the room & the scene where he chases the house maid tells us how crazy and erratic he has become post breakup. In the in-house court scene, AR knows that his career is about to get shattered, but accepts it – defining what he is! Many such scenes define Arjun Reddy as a cult classic character and Vijay Devarakonda literally lived in it. Not even a single scene appeared dramatic. After Shiva (1989), Arjun Reddy is undoubtedly a path breaking movie in Telugu that redefined heroism.

There’s a lot of debate on the ‘hero’s character sending a negative vibe to the youth’. There is both Good & Bad and there’s only one thing that can be said here: “Yad Bhavam. Thath Bhavathi”. It all depends on the perception and acceptance! 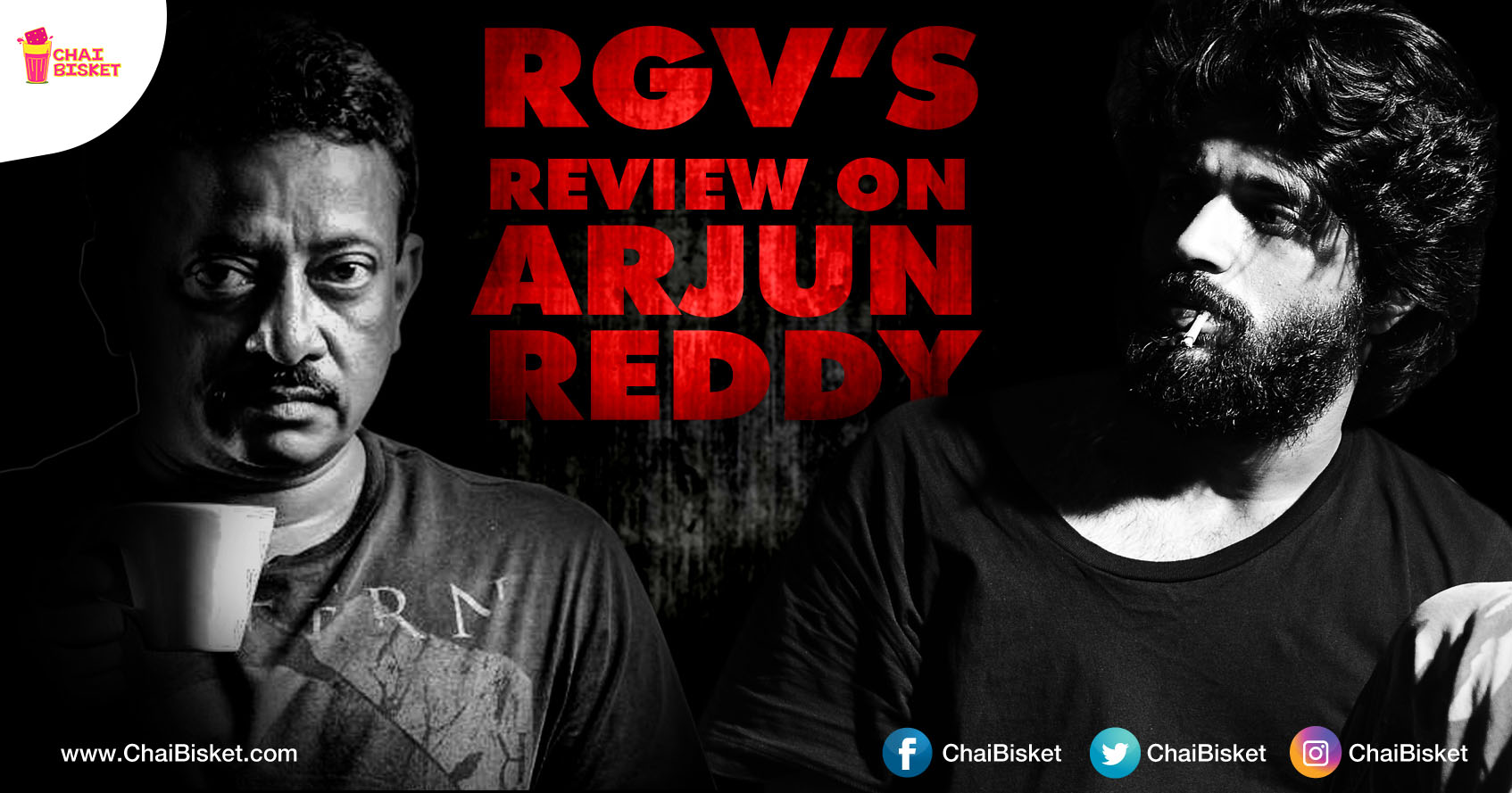 Here’s What Director Ram Gopal Varma Has To Say About The Latest Sensation “Arjun Reddy”! 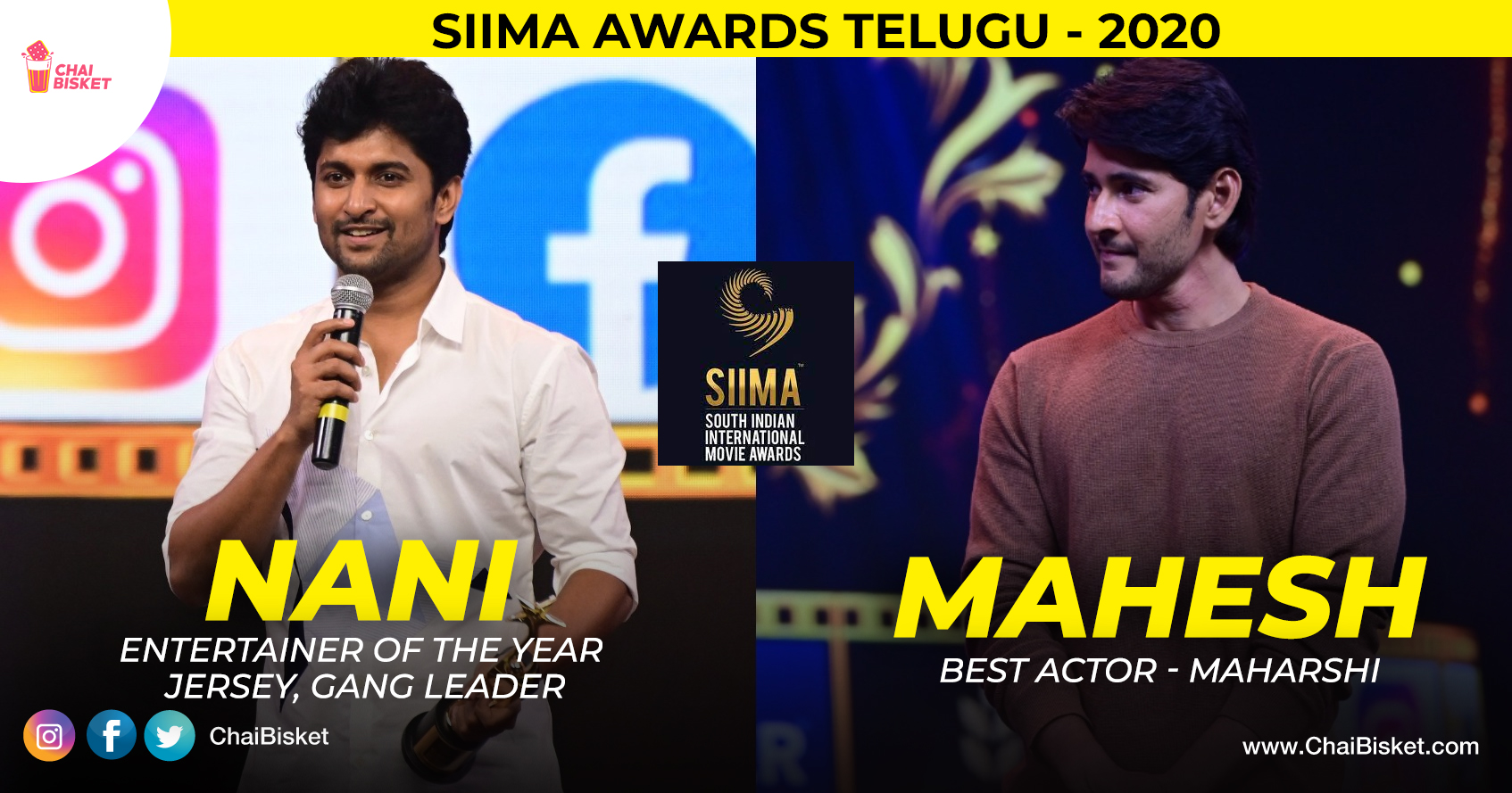 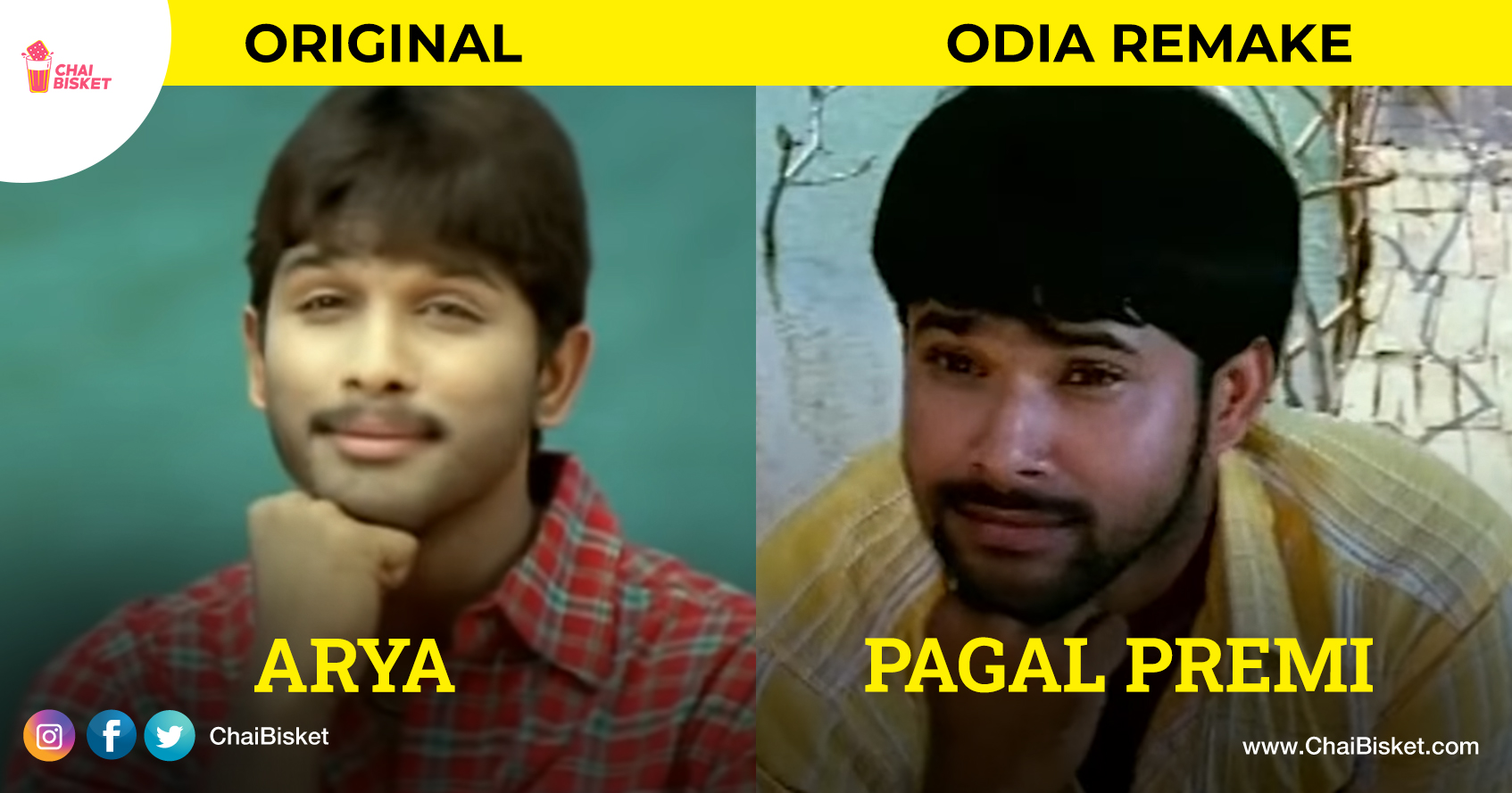 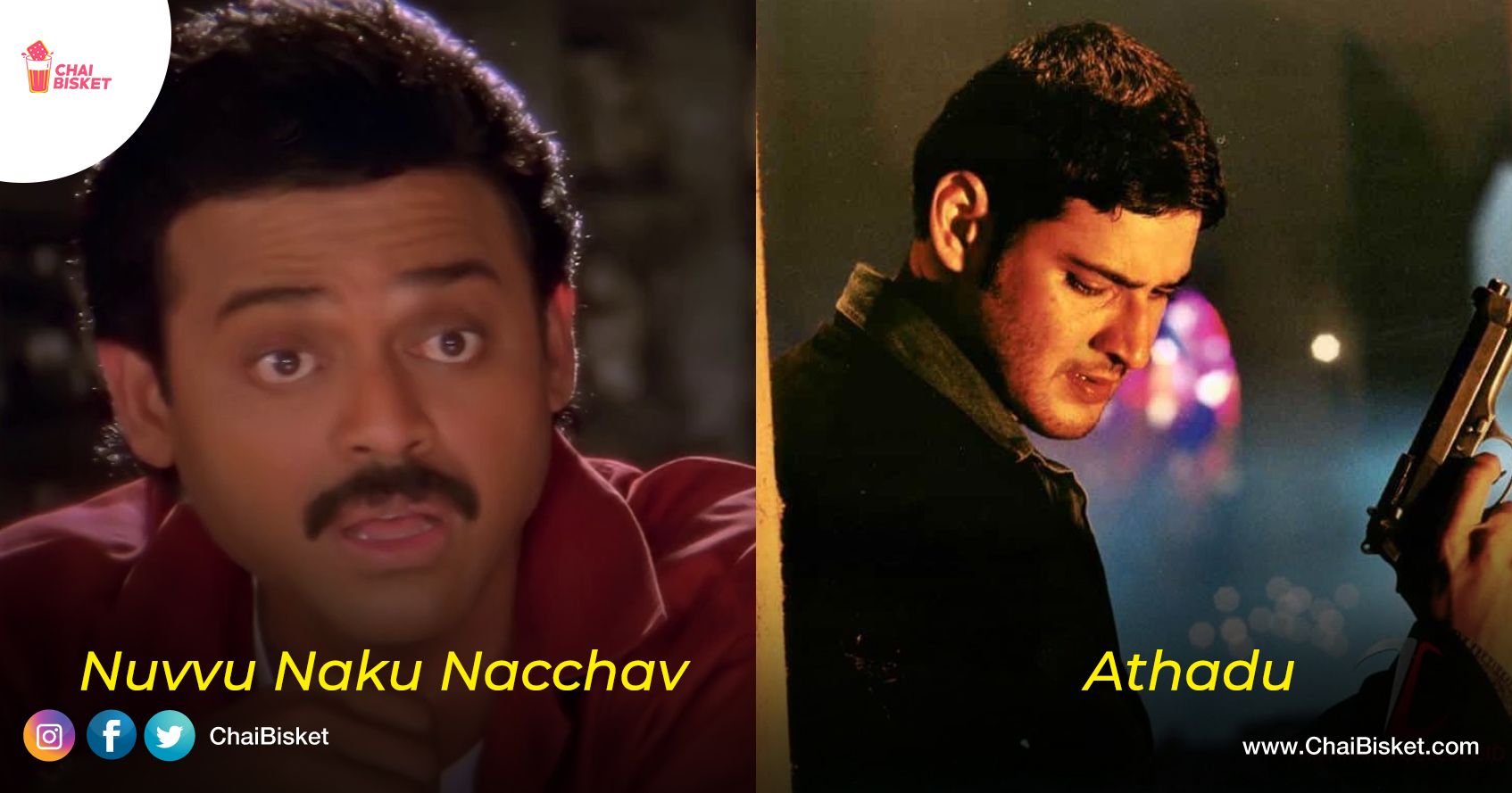 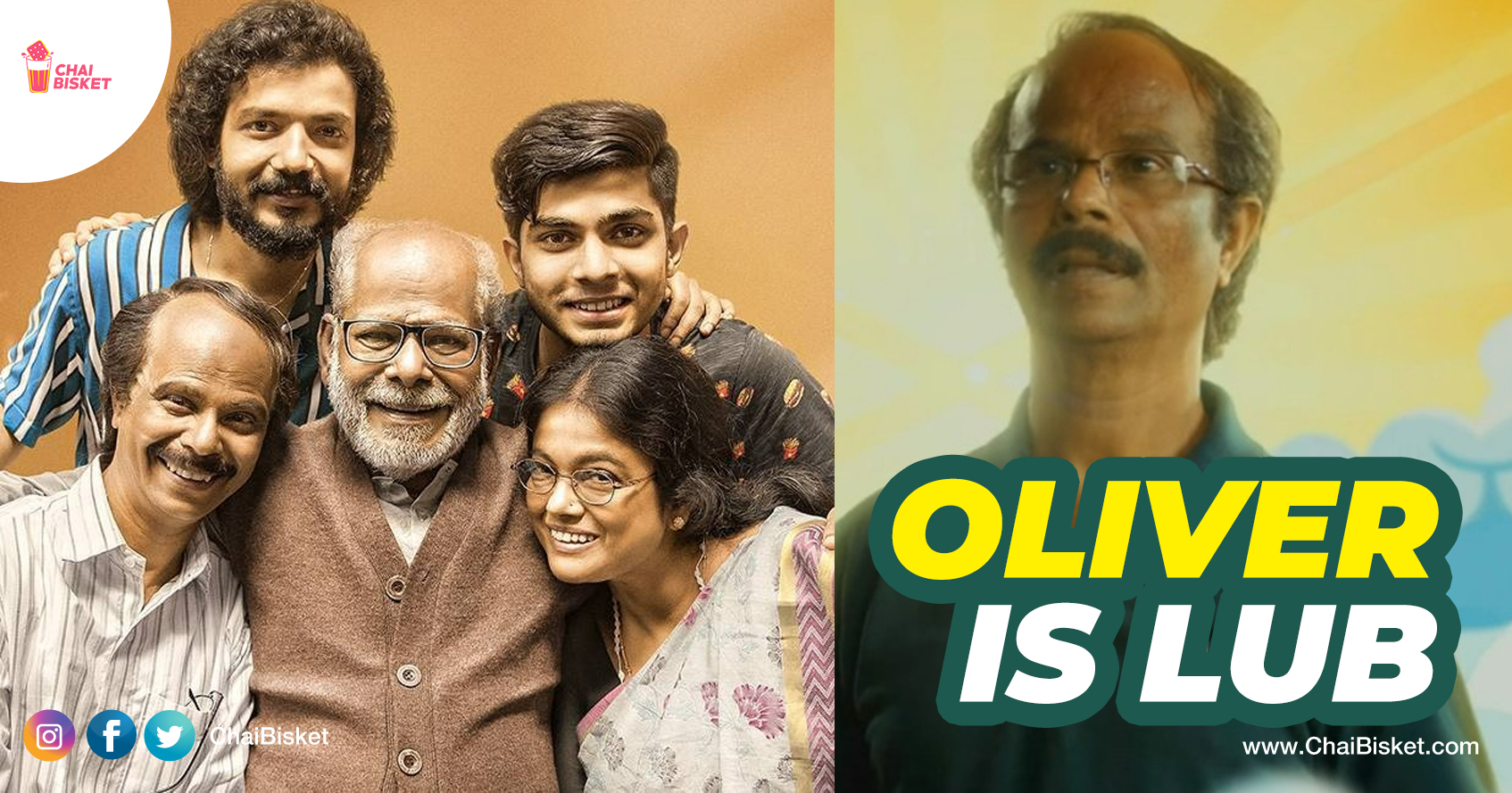 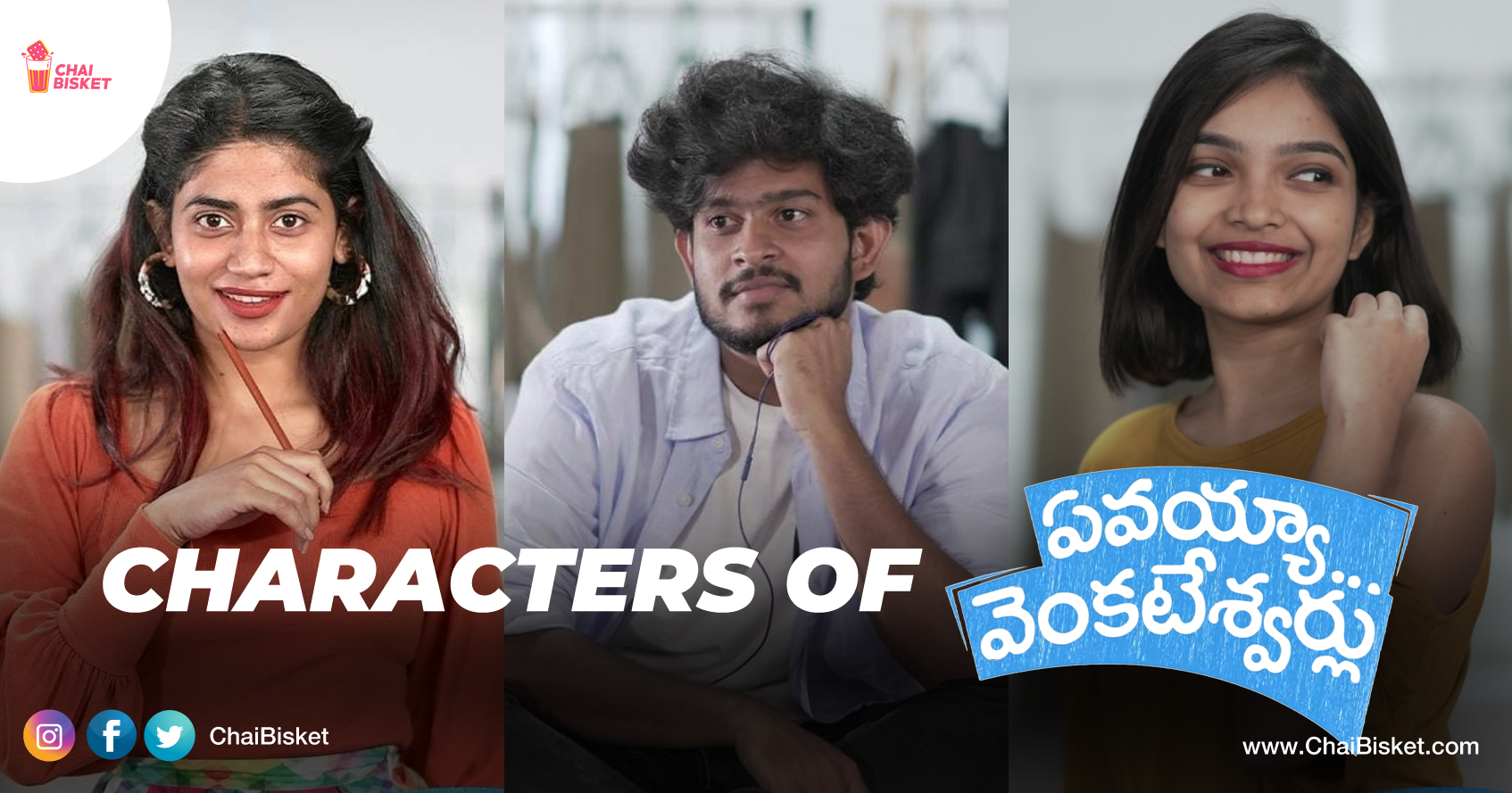 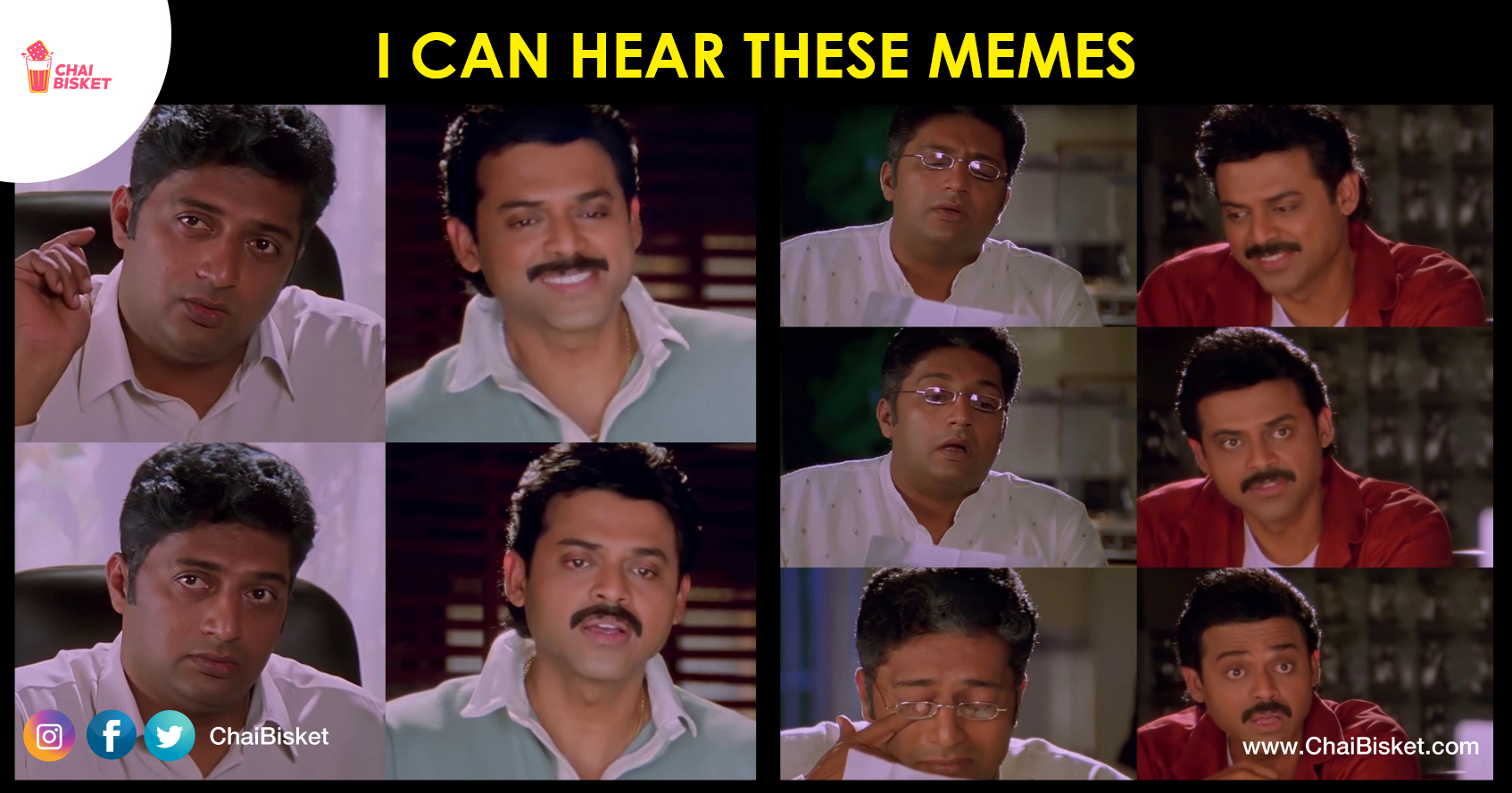 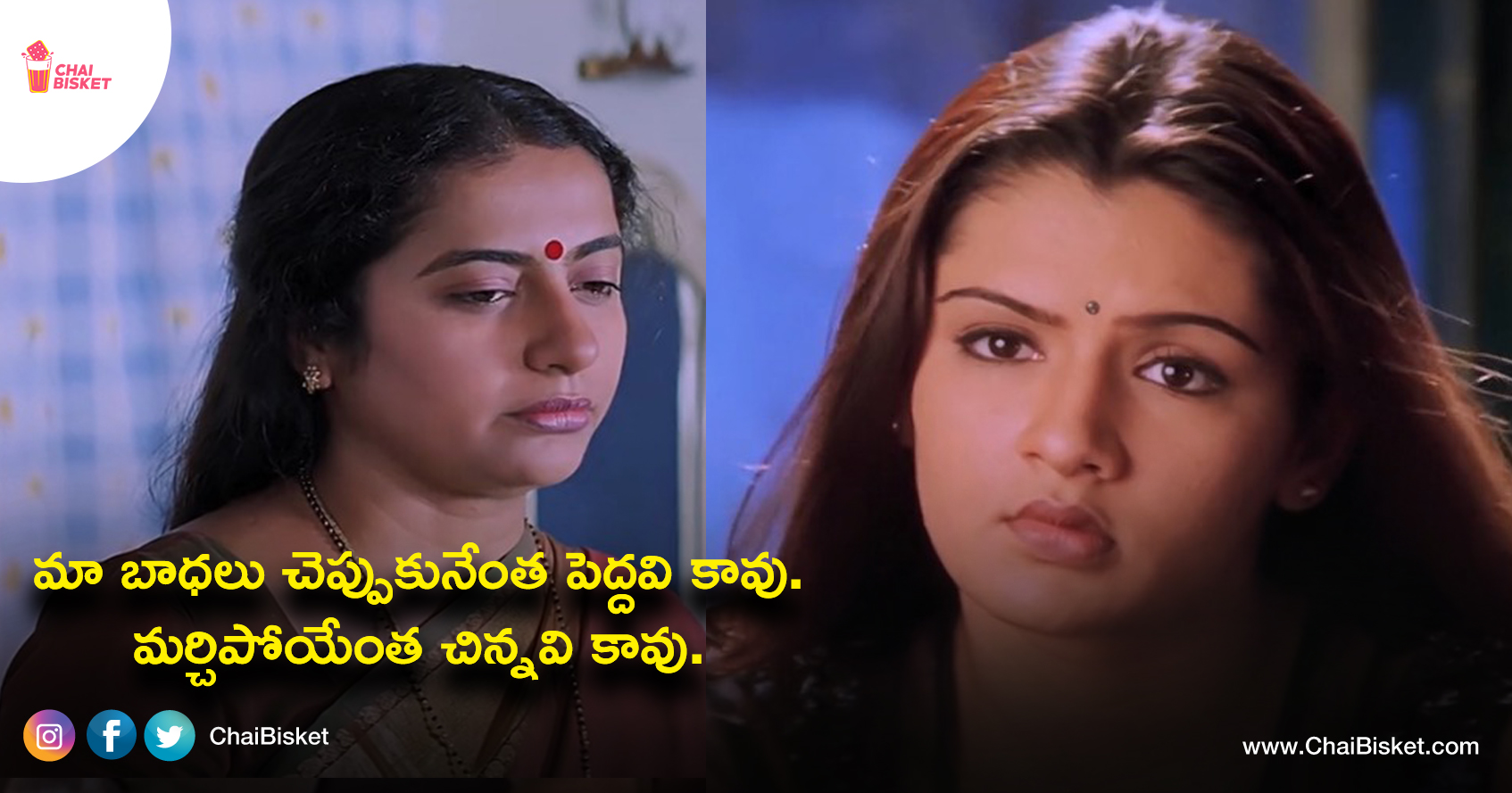 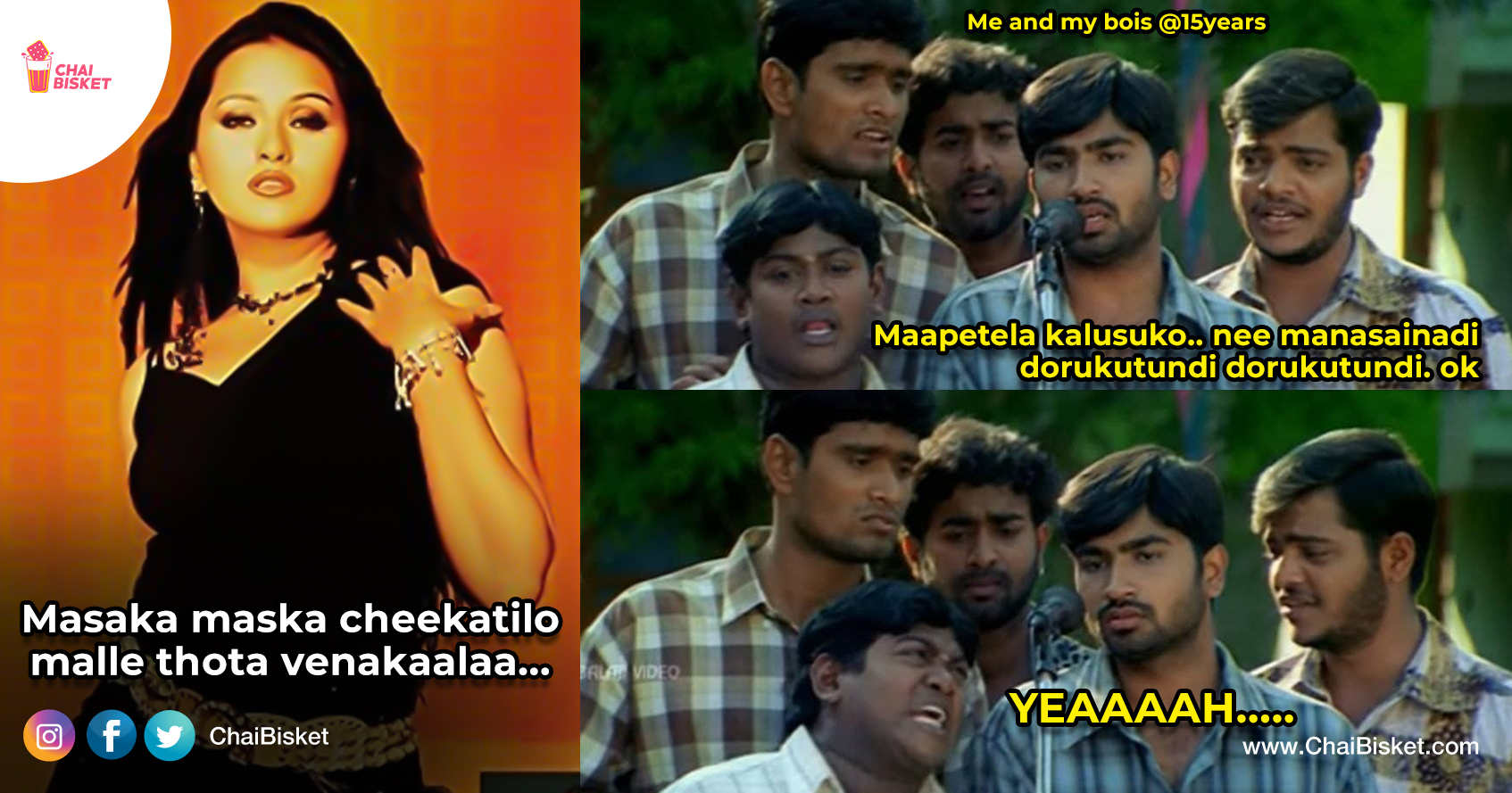 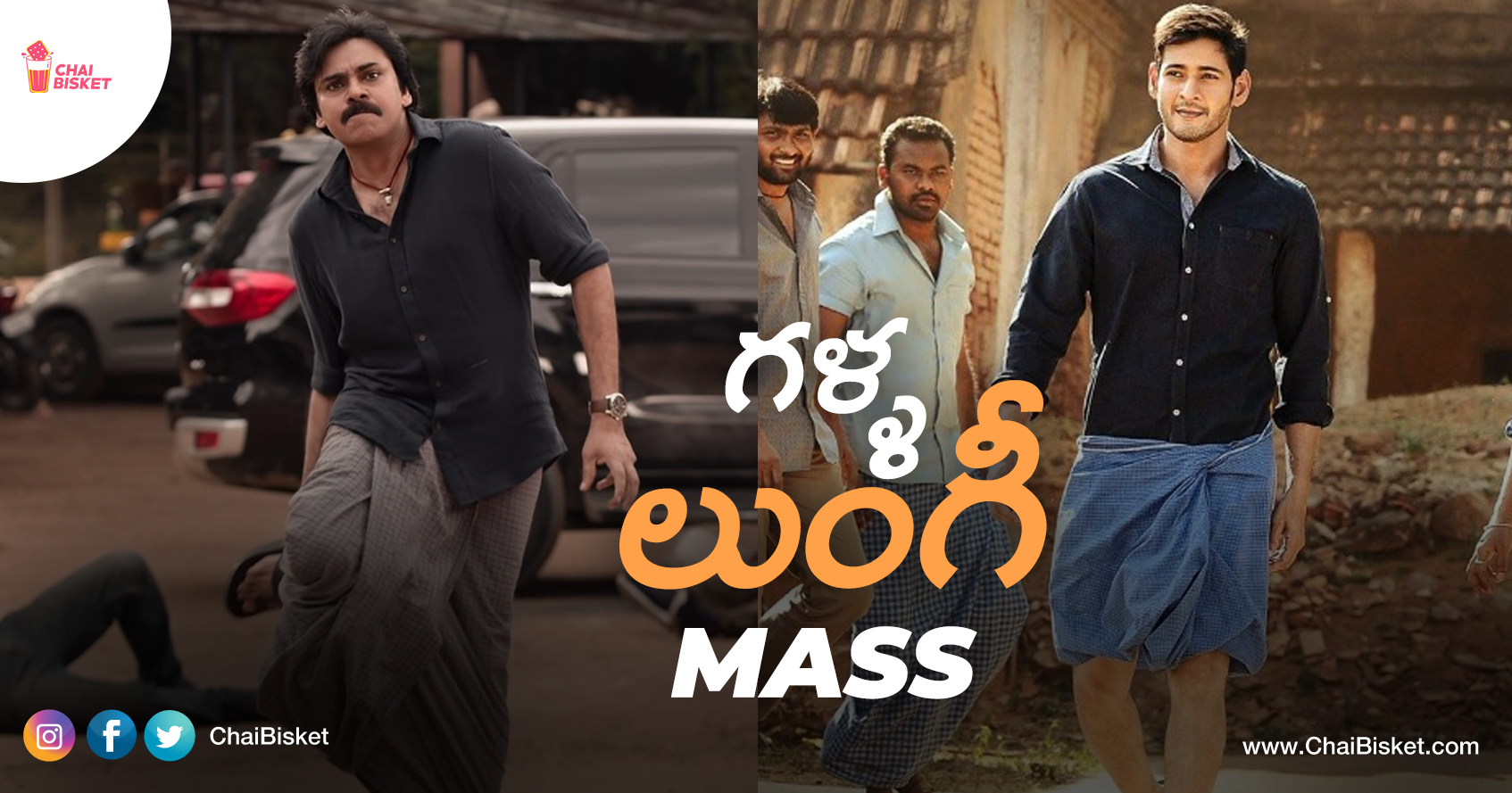