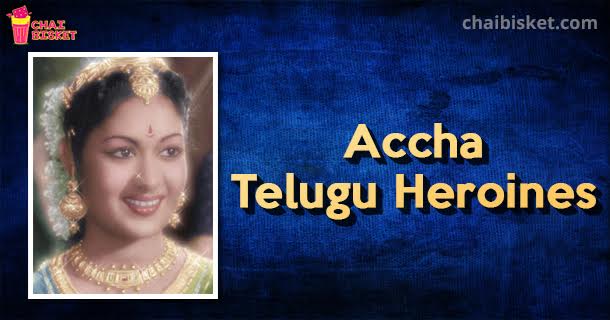 It has become a norm to expect heroines of the contemporary movies to not know Telugu. It’s almost as if every heroine in the industry now, is of a different linguistic background. Of course, it has come as a welcome relief that most of the current actresses have taken to speaking Telugu, or are at least trying to learn. However, the Telugu industry has over the generations nurtured some incredible talents from its homeland. And ChaiBisket would love to acknowledge and appreciate our very own Telugu beauties of the tinsel town.
PS: Though, few of the actresses mentioned here didn’t make it big in the league, they deserve a mention for them making it to the big screen from the LAND OF TELUGU!

2. Bhanumathi: An actress, director, music director, singer, producer, book writer and songs writer, Padma Bhushan Bhanumati, was born in Doddavaram of Prakasam District. Her fierceness, her discipline and her dauntless talent kept her on a pedestal, that even the big daddies of the industry were afraid to tread on.

3. Kanchana (Vasundhara Devi): An quintessential beauty born in Vijayawada, she captivated the Southern movie industry. She was known as the Queen of the Seventies in South Indian film industry for good reason.

4. Kannamba: Known popularly for her versatility, Pasupuleti Kannamba, acted in more than 170 films and produced about 25 films in Telugu and Tamil languages during the 1930s to the 1960s. She was also a playback singer.

5. Krishna Kumari: She was born in West Bengal, but her family hails from Rajahmundry. A contemporary of Savitri, she was loved by the Telugu audience.

6. Jamuna: Born in Hampi, Karnataka, Jamuna grew up in Duggirala of Guntur District. Fun fact: when Savitri was performing at Duggirala, she stayed at Jamuna’s home and later invited Jamuna to try her luck in movies.

7. Vani Sri: Her actual name is Ratna Kumari and she was born in Nellore. She did indeed embody the true Telugu Aada Pilla.

8. Anjali Devi: She was the go-to Rukmini Devi and Seeta Devi of the mythological movies of the time. Born in Peddapuram, East Godavari, she indeed exuded the serenity necessary to carry those characters.

9. Jaya Prada: Actually born as Lalita Rani in Rajahmundry, she reigned over the film industry of the time, Telugu and Indian alike.

10. Jaya Sudha: Sujatha Nidudavolu, born to a Telugu-speaking family, but in Chennai. Popularly and lovingly known as Sahajanati, after Savitri, she indeed made a mark in Telugu cinema.

11. Bhanu Priya: Her real name was Manga Bhama and she was born in Rangampeta village, near Rajamundry. She was a natural actor and one of her finest hours was her performance in Swarna Kamalam.

12. Roja: Latha Nagaraja Reddy born in Tirupati, she did engage the South Indian audience and captivate them.

13. Rambha: Vijayalakshmi from Vijayawada, (I know that somehow sounds funny but NO!) Cute face and a steamy image, she probably kept a lot of men up at nights. Awake… at nights.

14. Aamani: Born as Manjula to a Telugu family in Bangalore, she worked her way up to the top starting as a small-time actor to winning a National Award for Mister Pellam.

15. Vijayashanthi: She was born in Chennai, while her family hailed from Ramagundem. Known as the Glamour Queen of Telugu industry, with a string of industry hits, she was the most successive heroine in late 1980s.

16. Raasi: She is known as Mantra in the Hindi industry. Raasi has been a Telugu woman through and through and her movies and performances also reflect the same.

17. Laya: An inherently talented young girl from Vijayawada, tried her luck as an actress and in her short span in the industry bagged the Nandi Award for two consecutive years.

18. Pratyusha: Born in Bhuvanagiri, this actress had made it to a promising place in the industry. Just when things started getting bigger, she quit her life!

19. Archana: Probably one of the few Telugu artists who have a professional acting training. A national award winner, she is an actress who mesmerises the audience with her honest beauty.

20. Anjali: Born in Razole, made her way to the big screen the hard way. Starting as a short film actress, she made eyes turn as SEETHA in SVSC.

21. Swathi Reddy: Known popularly as Colors Swati, she claimed a Filmfare for her performance in her debut movie. From small screen to Big screen, her journey is commendable.

22. Eesha Rebba
This MBA grad from Hyderabad was introduced to the industry by Mohana Krishna Indraganti, who saw her pictures on Facebook and selected her for the movie Anthaka Mundu Aa Tarvatha. Best works include: Ami Tumi and Awe..

23. Bindu Madhavi: Madhavi was born in Madanapalle and proved her mettle as a model before she entered the industry as a heroine.

24. Niharika Konidela: Coming from a mega family, this talented girl has already made a mark for herself with ‘Muddapappu Avakai’ webseries before making it to the big screen through ‘Oka Manasu’. A lot to look forward.

25. Ritu Varma
This 28-year-old Hyderabadi girl is best known for her powerful independent girl role in ‘Pellichoopulu’. After making eyes turn with ‘Anukokunda’ short film, this girl currently seems unstoppable with she taking up roles in other industry as well.

Not just these actresses, there are quite a few who made a mark for themselves in our industry: ARCHANA (Veda), Sri Vidya, Punarnavi Bhupalam and many more. We hope our industry sees more of our own in the coming years of Telugu cinema. 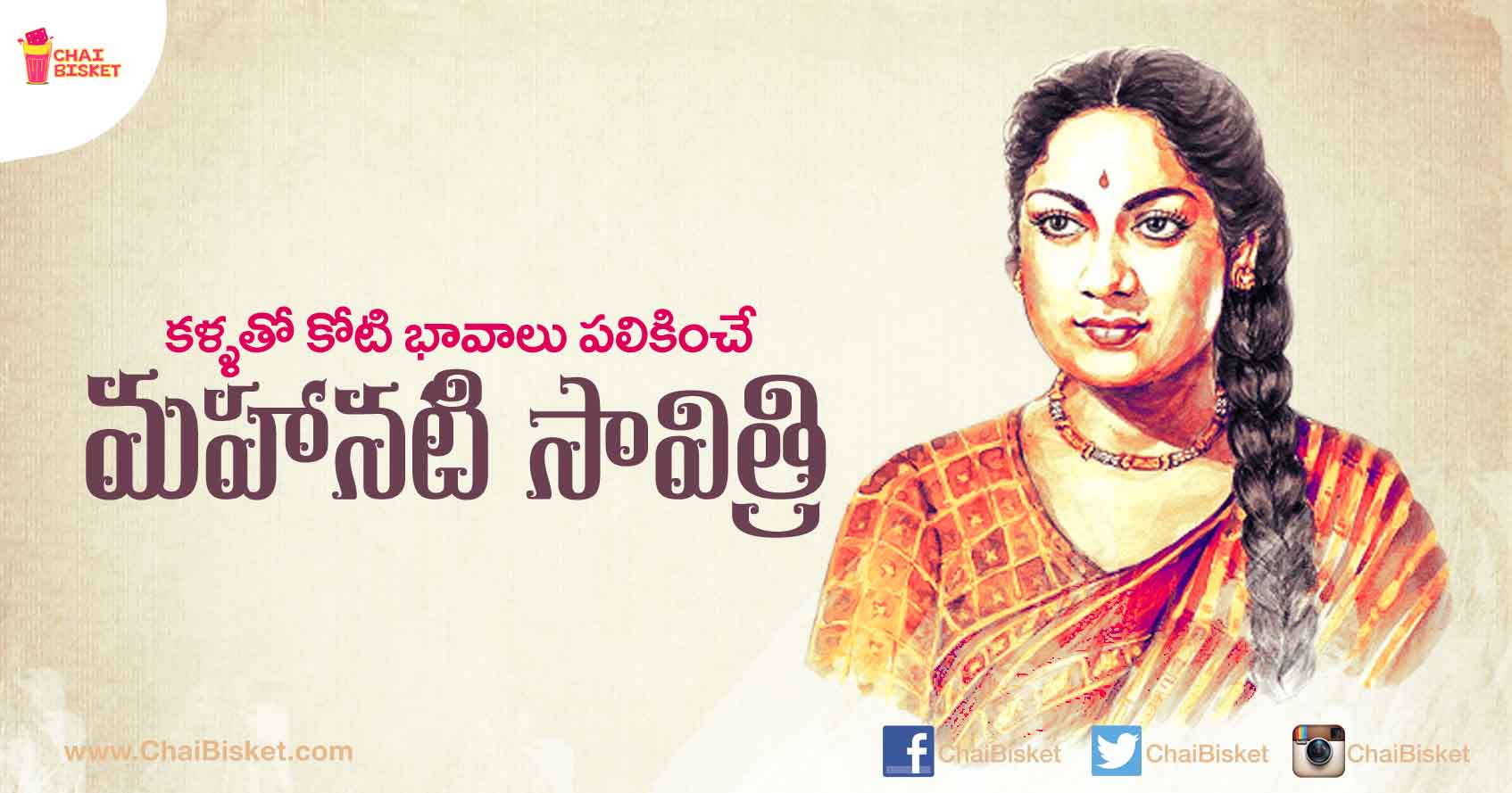 From An Illustrious Career To A Tragic End, The Life Of ‘Mahanati’ Savitri!