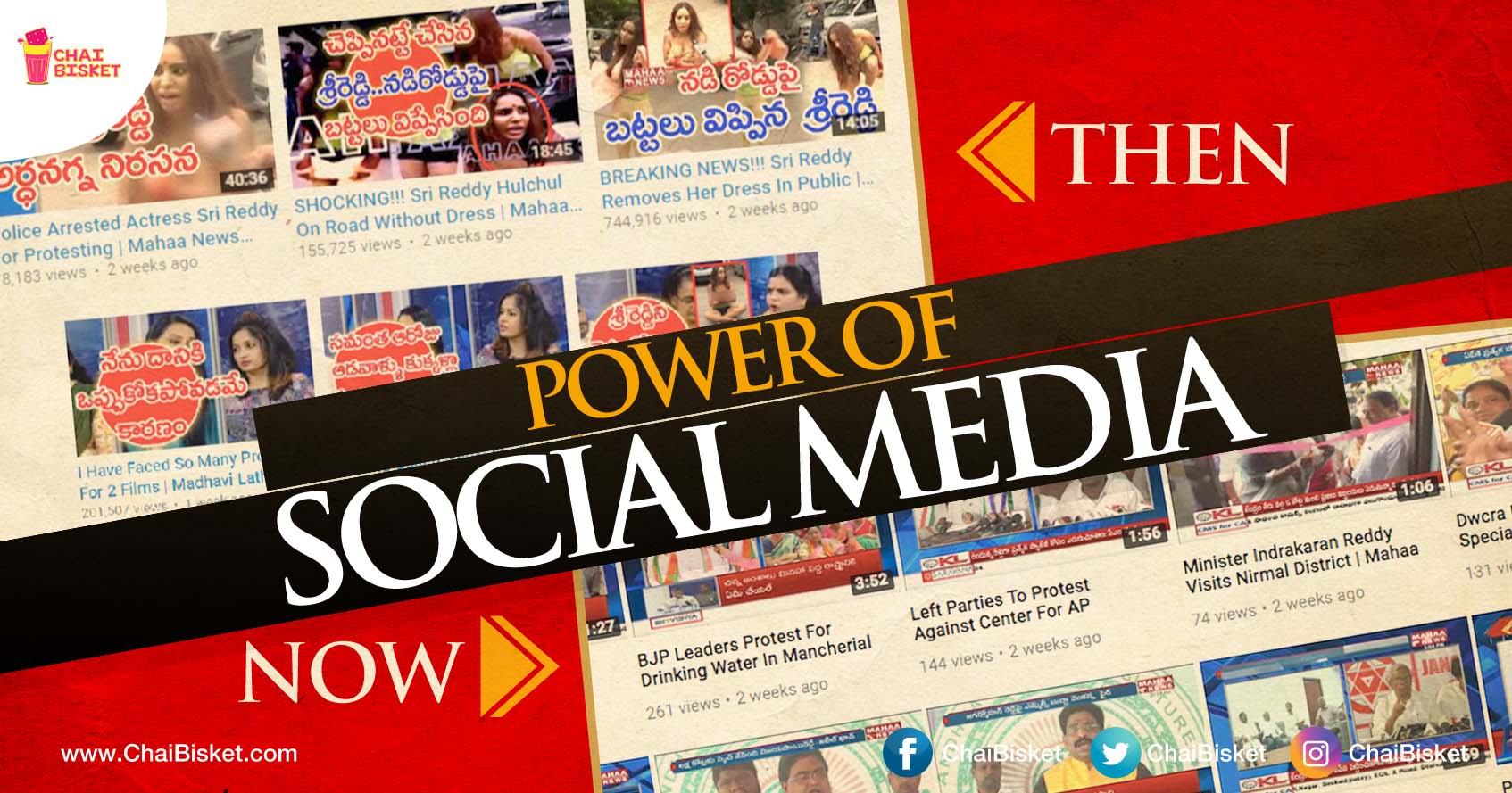 Before starting off, let’s not brush this article with a POLITICAL angle as the topic revolves around what’s happening with our news channels – rather than people involved in it.

Over the past few months, TELUGU people have witnessed the worst phase of YouTube – HORRIBLE THUMBNAILS. These thumbnails are completely deceiving/ illogical with hatred or senseless text on them. We’ve all made memes, laughed at them, got fooled by them, but on the flip side, we couldn’t do anything and had to stay silent on the issue. Surprisingly, these ‘fake’ YouTube channels are verified and have millions of views because of the ‘fake thumbnails’.

The worst part is when TELUGU NEWS CHANNELS began doing the same. Shockingly, these are from major media houses. Today, the same channels are talking about ‘their’ journalism ethics on TELEVISION. But, on internet, they are ‘targeting’ a whole new level of audience with clickbait thumbnails.

Where it all started:
Ever since the issue of CASTING COUCH began, the TRP race picked up. Every channel was competing to bring in the ‘so called celebs/ critics’ to their studios and have ‘prime time’ debates. Worst part was when news was made out of tweets of few people, who are now ‘celebs’ on social media. As the heat picked up on TV, so was the case with YouTube. In fact, it was even more terrible with degrading thumbnails and horrible text on it.

VIEWS Strategy:
Instead of posting the entire debate in one video, what our news channels’ YouTube handles have been doing is dividing the video into 5-6 videos, adding text that is far from what these people in the video have actually told and publishing them.

Current Scenario:
All these videos are now either taken down or changed (thumbnails). Our news channels now have a clean and clear YouTube videos playlist. Though, here and there, there are few thumbnails that have text on them , but it’s not like how it was few weeks ago.

Why?
A lot of reasons.
Social media has already been over this issue for quite some time. Trolls have been at their best, but this has been misused by the media houses. They took advantage of the scene and continued with even more ‘silly news’ and ‘stupid primetime debates’. It is then the social media took the issue seriously and stopped entertaining the content and started taking on these news channels which are running behind TRP’s and cashing on Fake Thumbnails. At one stage, #BoycottTeluguMedia was seen trending no.4 on Twitter. This is when our news channels’ tactics got exposed to the entire nation.

The topic of degrading tactics by media houses for TRP’s has seen an unprecedented rise over the last 4 – 5 days. One of the major and undeniable reasons is actor Pawan Kalyan, who is currently on a Twitter rant. The very issue of casting couch got a knee jerk when PK’s name and an ‘abuse video’ went viral on social media. This video has apparently been telecast uncensored on NEWS CHANNELS which didn’t go well with the actor. That is when Pawan Kalyan decided to enter and the dynamics completely began to change.

Looks like media has picked up the wrong guy for their TRP. PK started targeting media and their ‘political affiliations’ besides pointing out, with screenshots, of what they’ve been doing on the internet. It was at this point, the top media houses recently held a secret meeting to discuss on how to tackle the ‘Twitter storm’. It is believed that after this meeting, most of the thumbnails have been changed on social media. Irrespective of what tweets the actor is posting on Twitter, one purpose has been solved – DEATH OF FAKE THUMBNAILS.

What’s Trending on YouTube then?
A surprising fact most of the non-media channels that have been posting videos with deceiving headlines/text are not even visible in the trending list. Why? Because it is likely that these channels are probably run by the same media houses. After actor Pawan Kalyan and his followers have been bringing out names of shareholders, investors and other media related people, some of these channels are into ‘hibernation’. The trending list now seems to be ‘Genuine’ and much much better compared to what it was few weeks ago.

What happened to Casting Couch issue?
Unfortunately, the issue of casting couch has now been diluted. Good or bad, the issue is likely to get a solution away from media. The fight for women’s rights in the industry is now being discussed and the Movie Artists Association (MAA) has assured to come up with a grievance cell and keep a check on rise of such issues in future.

What’s the current scenario (for news channels)?
No ‘silly’ debates.
No TRPs
The views on YouTube are down
The ratings have taken a toll on their Facebook pages and Appstore/ Playstore as well. Also, if you’ve observed, the news channels are not bringing (say not daring to bring) these self-proclaimed celebs/critics to their studios for debates, period.

If this continues, then we are set to witness better ‘digital news’ – both on TV and YouTube. But how long will this sustain is the question! 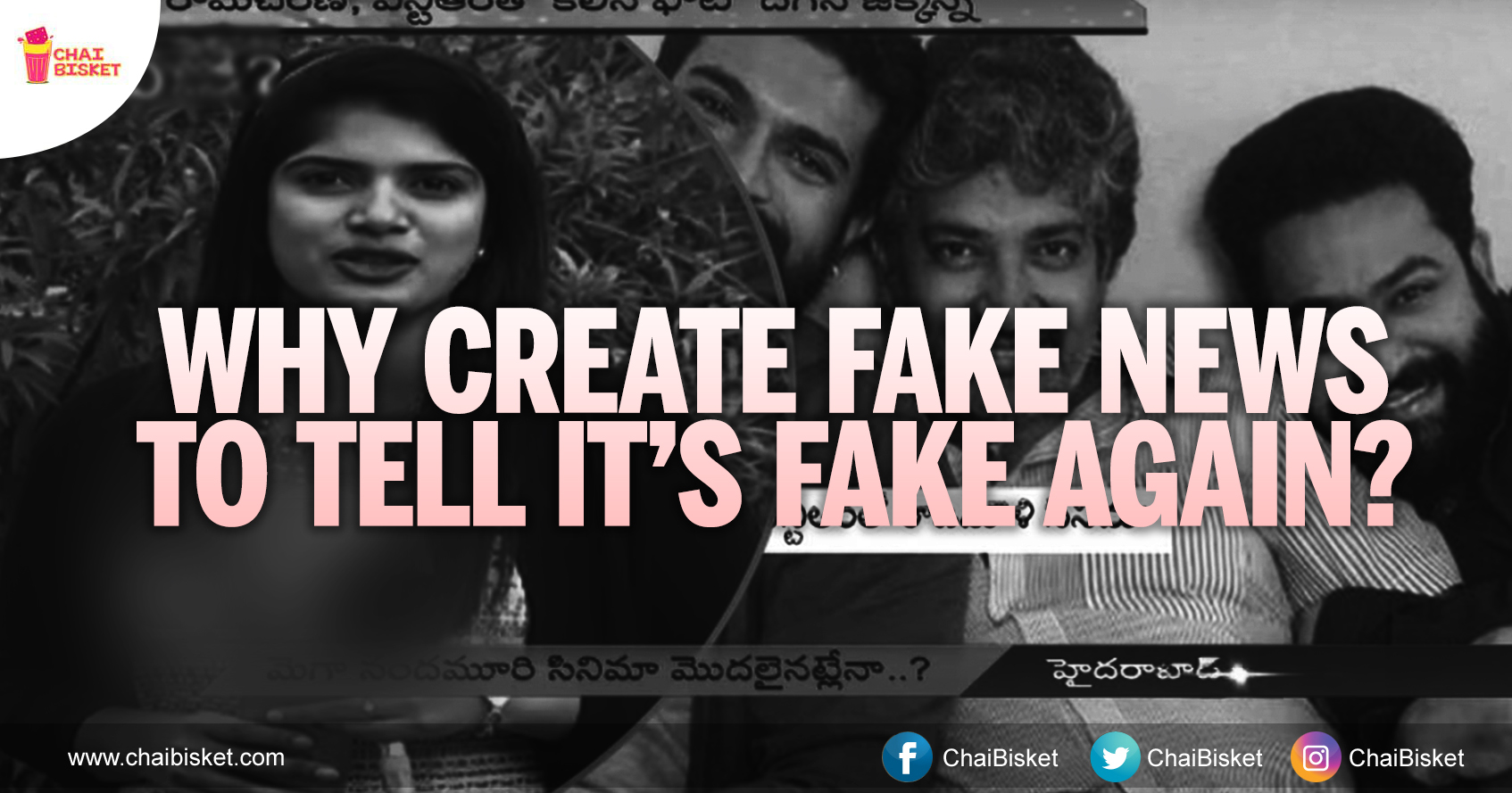 10 Serious Questions Our News Channels Should Answer For The Shows They’re Running on TV!