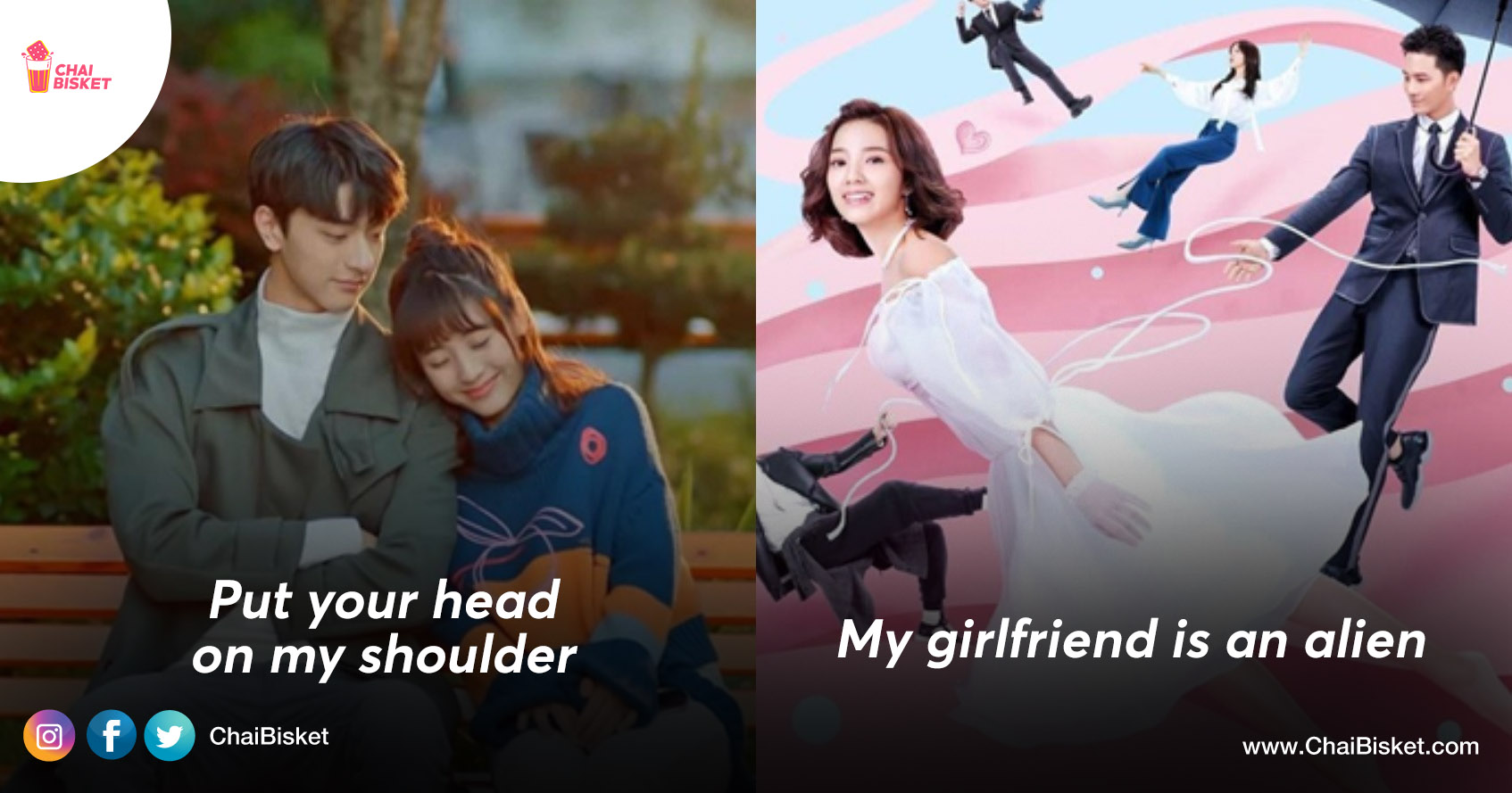 Would like to make a bet about whether you’ll fall in love with this drama or not..? I guess it’s impossible to not to like this drama. This is a novel based drama, it was released in 2019 containing 24 episodes in total and one special episode. Gu Wei Yi oka quite and intelligent boy and Si Tu Mo an active talkative girl madya unde cutest love story. It is a cute romantic comedy love story and drama chustunnantha sepu mee face paina smile guarantee ga untadi. The BGM and sound effects in this drama has a separate fanbase. A must watch drama and you’ll definitely love it.

This drama was released in 2019 and contains 41 episodes. Ee drama Friendship, love, responsibilities and dreams gurinchi untadi. Han Shangyan a professional gamer and also owner of a club “K&K” lives like the club is all he has, appude Tong Nian a computer science student sees him and falls in love at first sight, but is too scared to approach him. Do you think she’ll gather up courage and confesses..? It’s not just a love story but also has a lot to entertain you. Starting lo koddiga boring ga untadi but once you get into the story of the drama it gets more and more better. Every character in the drama is amazing. And the leads are just… Amazinggg. No matter how many times you watch this drama you’ll still find it cute. Drama chustunnnatha sepu you’ll get to feel all kind of emotions. Go for it guys!!!

If you are into those dramas which has high school love stories then this drama is the best pick for you. This drama brings the nostalgic feelings of your school days…your friends and your first love. Chen Xiaoxi who likes drawing is in love with her neighbour Jiang Chen, confesses her feelings and gets rejected but still chases after him and her bestie also tries to help her. Do you think he will accept her? Well… You’ll know it once you watch the drama. Ee drama mainly school life, love inka friendship gurinchi untadi, all the characters in the drama are perfect and entertaining. As soon as the drama finishes you once again wish that you could go back to your school days. But we are sorry in advance about the second lead syndrome you’ll have to go through. Best of luck with that!

This drama has gained immense popularity not only in the home country but also worldwide. 2020 lo quarantine punyama ani India lo ee show picha popular ayindi entha popular ayindante…Hindi dubbed version release chese antha. “Cape town planet” nundi earth ki vachina oka alien accidental ga Tana home device ni pogottukuni ikkade undipovalsi vastundi and then she encounters hero who is the CEO of a company who has amnesia, and forgets the opposite gender whenever it rains. The alien who has to return to her planet but couldn’t make it as she falls in love with the hero. This is a fun filled romantic drama, the alien and human love story will definitely rob your hearts.

Starring Huang Zitao and Wu Qian this is one of those dramas which discusses about how idols life is like and the struggle behind their success. Zheng boxu a singer at a prestigious music company, singing paina passion tho despite coming from a rich family he choses to build his career on his own and tarvata hero elanti struggles face chesadu and how did heroine Yang Zhenzhen help him to get through his hurdles anedi story. Asal ee drama OST gurinchi matladukovali this dramas has one of the best OST’s which you’ll later add on to your music playlist.

This drama is based on the novel “I don’t like this world, I only like you” this drama is completely different from the other high school love dramas you’ve watched okkasari drama complete avvagane you’ll feel rollercoaster of emotions. This drama has it all love, friendship, about the affection between siblings and the family filled with emotions. The two leads who are high school students makes a promise to study abroad and konni paristitula valla heroine tana promise break cheyalsi vastundi with some misunderstandings they’ll get seperated. Four years tarvata class reunion lo malli kalustaru if you wanna know what happened next then go watch the drama…Now!

If you are looking for a cute school love story then do not watch this…I repeat Do Not! Idi nen cheppatledu ee drama chuste meeke telustadi. So this is not one if those school love story between an arrogant male lead and a noisy female lead. Of course the female lead is quite noisy and funny but ikkada point adi kadu, this is a drama about school life and friendship… comedy…fantasy you can have it all but do not expect a love story got it..? Ye Muxi, A high school student is finally happy to see that her childhood enemy won’t be studying in the same class as her and is so excited about it, dreams about her valuable school life without Liao Danyi but as soon as she reaches the school…there he is!!! Sitting in her classroom. Ye Muxi’s feelings if she was a telugu girl… “Antha Branthiyena…jeevithaana velunginthena…aasha nirashena migiledi chintena…?” You must watch this drama it makes you laugh all the time.

The drama is mainly about gaming and love, so video game lovers definite ga ee drama ki connect avtaru. The two leads are professionals in video games, the female lead is talented who excels in her studies falls in love with her senior who is good looking and someone who excels in sports as well as studies. And how their love story went on anedi drama. This is one of the most watched dramas with 25 billion online views. Meeru kuda chuseyandi mari!

The love story between two university students, the female lead who is an active girl who likes to write detective novels, and the male lead who is a forensic science student fall in love with each other and the ups and downs in their relationship is the rest of the story, college life and college love stories ni beautiful ga portray chese drama. Okavela Meeru put your head on my shoulder and a love so beautiful dramas ki fan ayithe you should watch this too. Endukante these three dramas were written by the same writer Zhao Qian Qian. Go for it guys you are probably missing out a cool drama.

The general manager of Senwell Group Shan Junhao who met with an accident loses his memories and ends up on an island…Ye Qianyu an ordinary girl takes him in and tanaki oka fake identity istundi as he doesn’t remember anything. They both fall in love and were happy even though Qianyu knows they are different yet she loves him the problem arises when Shan Junhao gets his memories back and what happened later is the story this story has plots and twists which makes it interesting and the other characters in the drama are equally entertaining. Putti perigina oori paina entha prema untado ee drama lo kanipistadi.

This drama mainly speaks about youth, love and dreams and struggles youth faces. Dreams anevi definitely life lo major part ni occupy chestay even if we feel tired, exhausted and hopeless to continue we still need to hold on and do not give up. The heroine who loves ice skating gives up on her dream because of an accident and decides to focus on studying and enters into university with her childhood friend, akkade tana childhood classmate ni kalustadi, Slowly she realizes that she can’t give up on her dream and starts all over again with the help of hero who is an also an ice hockey player. So…in the end vallu valla dreams ni achieve ayyara leda ani meeru drama chusi telsukondi. The Second lead syndrome might hurt you a little but this drama is worth watching, if you are struggling with decisions about your dreams it’ll give you an answer.

Oka ordinary and shy girl school lo unna popular boy tho love lo padutundi and aa abbayi kosam tanu change avvadaniki try chestundi and the change is not only about her physical appearance but she also gets more mature and becomes an independent woman who listens to her heart. And the male lead is a perfect man who doesn’t judge the girl by her looks and loves her right from the start. Leads madya unde every little interaction makes your heart flutter… a light hearted romantic drama with not many plots and too much drama. It’s a very simple yet beautiful drama.

Wei Qing the president of a company has a severe case of OCD because of which he can’t react with people around him and waits for someone who can cure him, Zhou Shi an arts student is someone whom he can interact with, so will his diseases gets cured or not and about their relationship, you should watch it yourself. Drama lo unde other characters including the friends of Zhou Shi makes the drama more interesting and fun to watch.

Ling Xunxun a divorced mother decides to work again for the sake of her child, but it was difficult for her to find a job after six years, despite being a top student in studies. So vere daari em leka she decides to work as personal assistant of the CEO Cheng Li, who has a fear of darkness. As time passes the hero falls for heroine but she couldn’t accept him because of the fact that she is a divorced mother and the age gap between them. So tanu hero ni accept chestundi anukuntunnara…? Nannu adigithe ela…? Drama chusi meere telsukondi. This is such a beautiful drama filled with emotions and love.

Hello…hello C-drama lovers, hope you aren’t suffering from second lead syndromes and hope your ship in the dramas are sailing. How did you like to the article..? Hurry up and add these dramas to your watchlist, and if you have already watched these dramas tell us your favorite drama in the comments below. Until next time keep binging C-dramas.. Zàijiàn 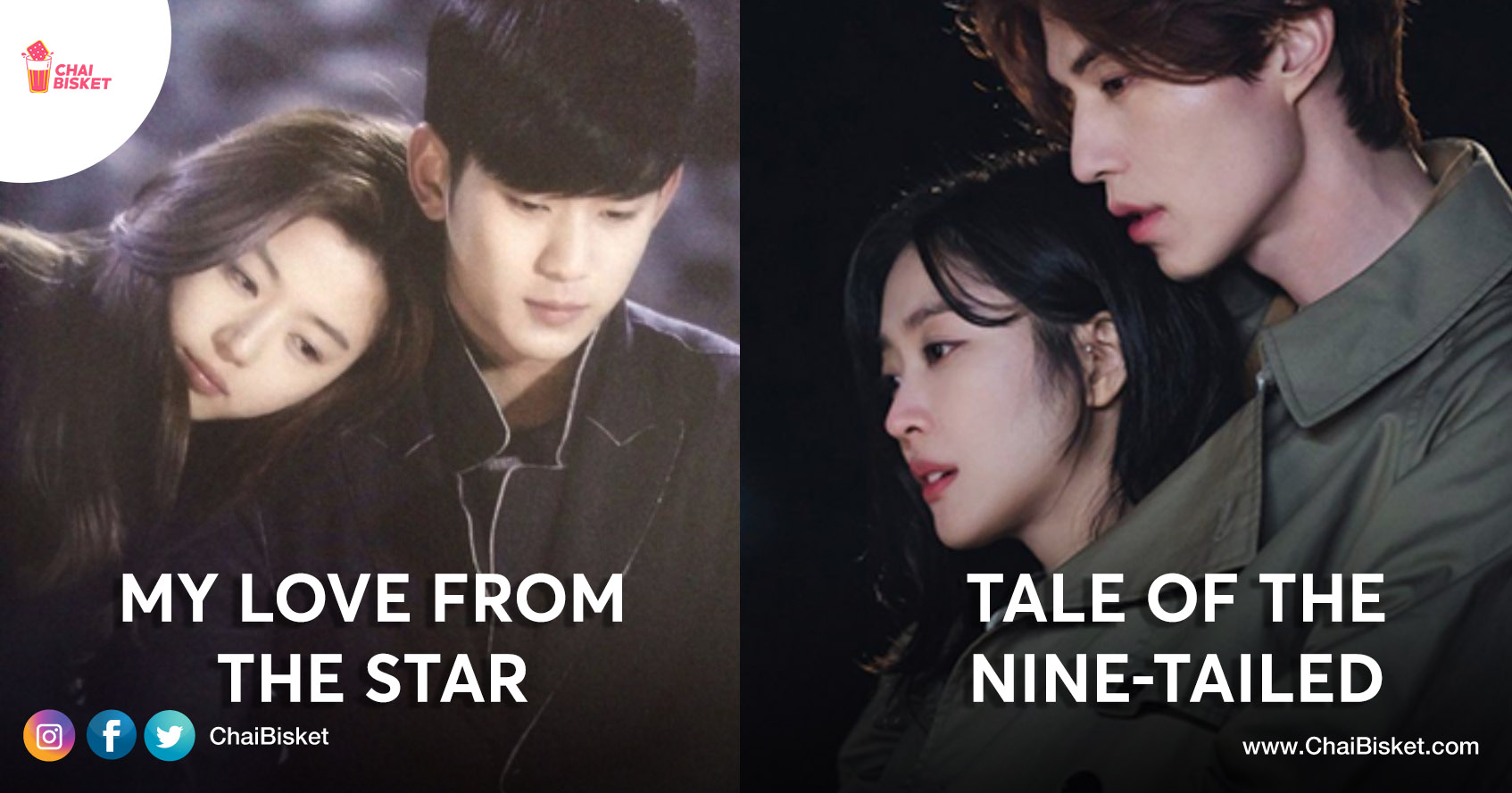 Kartheeka Deepam Odhu, K-Dramas Ye Mudhu: 10 Korean Dramas That Are A Fantasy For Every Girl