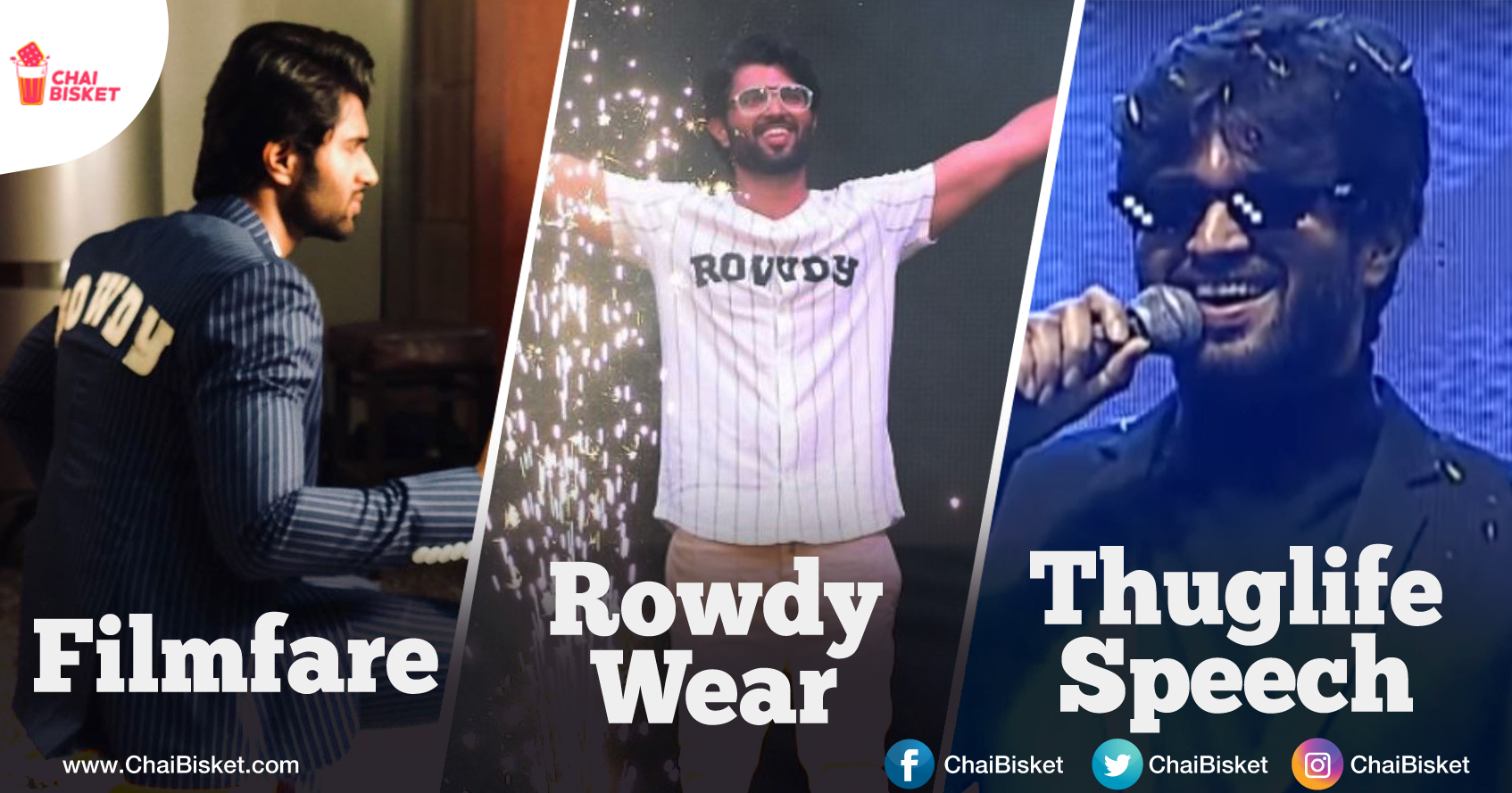 If there’s one name that made sound for the entire 2018, then it’s VIJAY DEVERAKONDA for sure! Throwing surprises every now and then, there is no way you could have missed his name in 2018. Vijay is one Tollywood actor who has ruled the digital space this year and broke the conventional way of promoting films and did everything to give us that fresh feel of a new age star!

From ’The Arjun reddy actor’ to ‘Rowdy’, he’s proven all his critics wrong and his journey this year is truly something remarkable. Here’s how:

The Tollywood’s new man crush has featured in a total of 5 movies this year – the most by any Telugu lead actor in recent times. His first release this year was ‘Ye Mantram Vesave’, a movie made much before ‘Pelli Choopulu’ and ‘Arjun Reddy’. However, he chose to stay away from promotions and we all know why.

Soon, he entered Instagram and boy oh boy – his pics, since then, are just lit !

Vijay’s second movie this year was the epic biopic, MAHANATI!
After sharing the movie’s first look, a particular tweet by the actor stirred up a controversy.

However, he had a comeback to it in a series of tweets, which again made news!

Vijay’s birthday was super special – thanks to his ‘cool birthday truck’!
He knows how to keep his name going.
#THEDEVERAKONDABIRTHDAYTRUCK

The Big Moment – Won his first Filmfare as Best Actor for ARJUN REDDY.
Well, the man decided to auction it and give the amount to CMRF!

Who would ever think of doing something like this?
Vijay picked a fan and decided to take the lucky guy to the award ceremony.. Whoa!

Vijay’s Biggest move this year – ‘ROWDY WEAR’. The cult favourite, homegrown actor, launched his own clothing line. The app got the largest number of downloads in 24 hours and has become the top app in the lifestyle category!

Vijay’s name made news again when his third film Geetha Govindham’s “What the F” song released. Vijay sang the song, which not-so-surprisingly invited hilarious trolls. Memes on the actor for this song were on ‘top of the level’ .. WHHOOOPS!

Vijay’s fourth movie this year was NOTA, a political drama and his first bilingual.

The film didn’t get the response it wanted, but Vijay’s message to his fans after the movie’s result was quite heartwarming!

This year, the actor even announced his own production venture – KING OF THE HILL!

Within no time, VD released his 5th film of the year – TAXIWAALA.

The movie made news for PIRACY

The movie made news for BECOMING A HIT

The movie made news for TREAT AT GOKUL THEATRE

The movie made news for THUG LIFE COMEBACK SPEECH!

Besides his movies, Vijay ruled the digital space like no one did.
He was probably one of the most active Telugu actors on social media this year.

He always stood first in responding to any help!

From interviewing Spiritual guru Sadguru to being interviewed on various platforms, his special appearances kept the social media go gaga!

And .. yeah. he keeps pushing up the temperature 2 notches higher by randomly throwing few of his pics every now and then!

A lot more happened this year!
We all loved this 1st photoshoot pic ofArjun Reddy, shared by VD on the movie’s 1st anniversary!

His heartfelt message to end to the fan wars on social media!

A lot of Vijay’s pics went viral and yeeaah.. even this pic made rounds.. (not by him though) 😀

And then, not to forget, this Twitter chat with his Geetha Govindham co-star Rashmika!

Vijay even ruled the chartbusters this year! Songs like ‘Inkem Inkem Inkem Kavaale’ and ‘Maate Vinadhuga’ kept trending throughout the year. Sid Sriram’s vocal magic is worth a mention!

He’s now in the eyes of Bollywood Biggies!

And hell yeah, Vijay Devarakonda ends 2018 on a high by entering Forbes list at 72nd place! 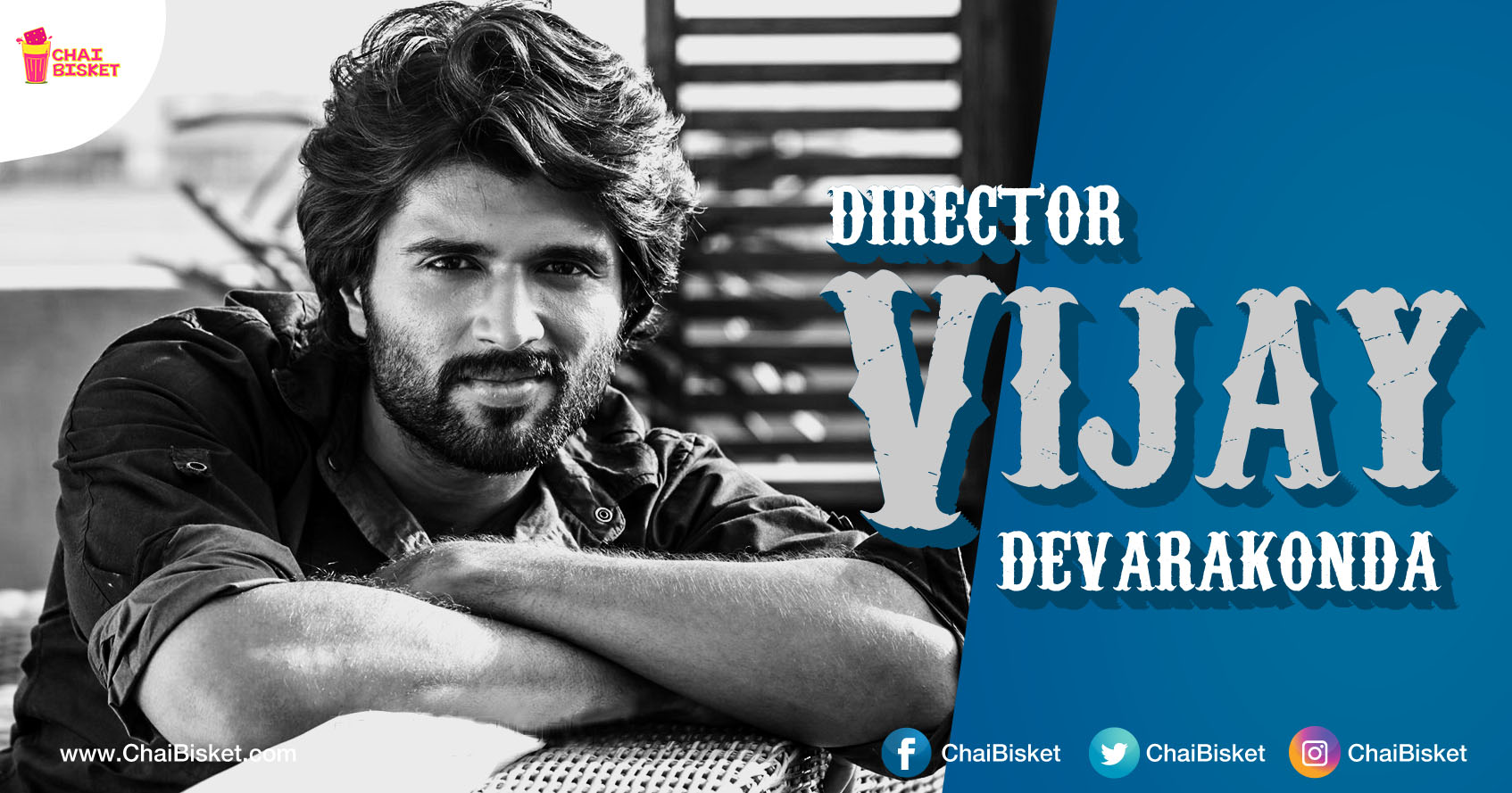 You Should Checkout This Short Film Directed By Vijay Devarakonda – That Proves His Talent Goes Beyond Acting!