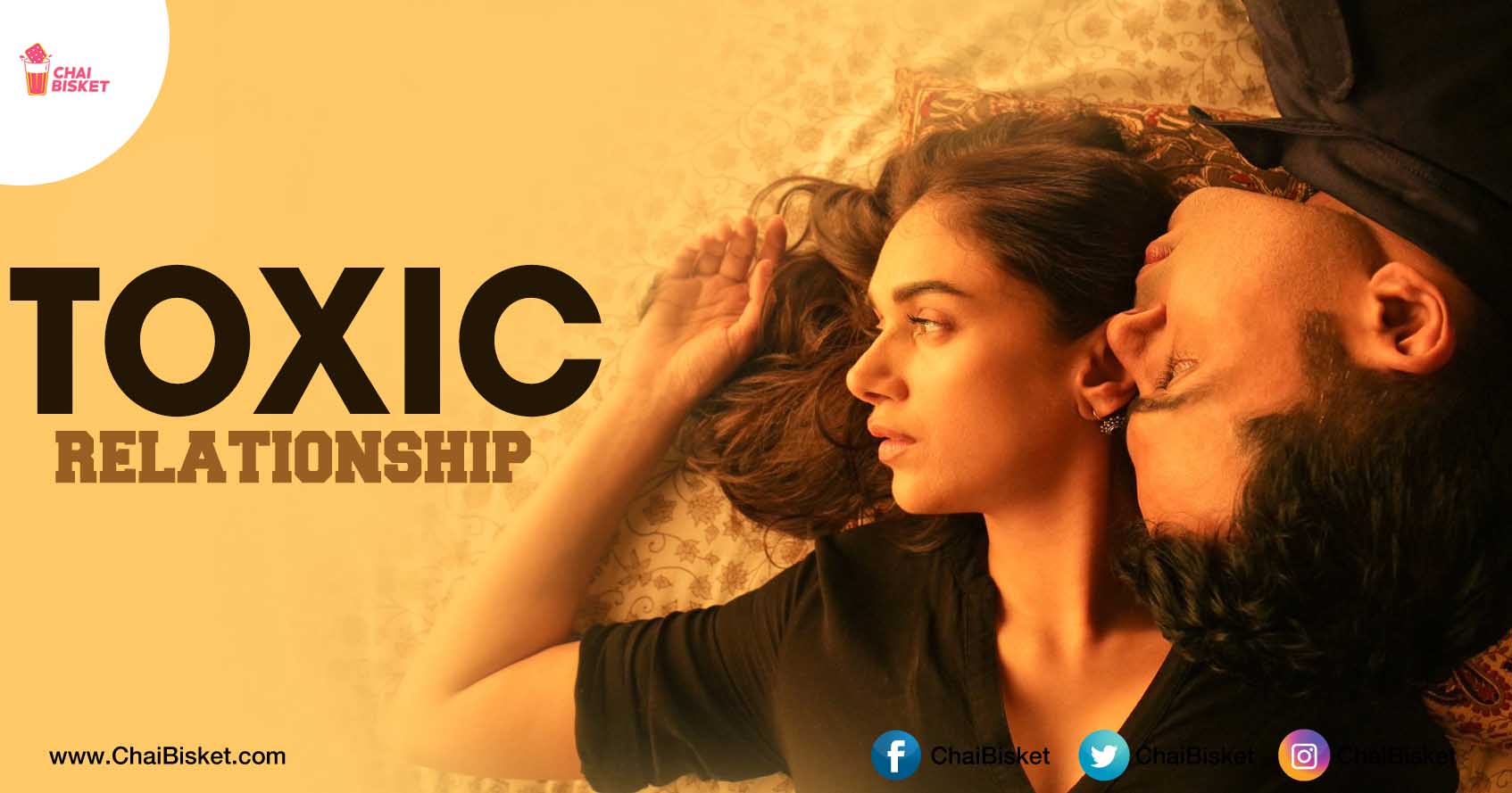 Koncham ekve anpinchachu meeku. Kaaka pothey self care is the ultimate worship. If you can’t take care of what’s right or wrong to you, you can’t do anything else. Adi oka form of discipline and worship. If you’re able to conquer you deepest fears of facing an end to something that doesn’t help you grow, you can conquer anything in life. Ika pothey, moving forward to identifying a toxic relationship. Idigondi, nenedo relationship expert em kaadu, kaani na life lo jarigina examples ni lessons chesthu, vaatini oka experience la theskoni mee andari mundu pedthunanu. So following traits are some to identify that toxic relationship

Neeko neethi, naako neethi – adi concept. Most of the toxic relationships start with double standards. For example, that friend of yours can hang out with whomever they want to, but me time ochesariki it’s suddenly unfair. Chinna chinna vishyaalanundi pedda vishyala varaku, they go out of their way to prove that why aa situation lo they’re right and vallu ade chesthey it’s wrong ani. There’s a fine line between concern and double standard kada? Aa person genuinely concerned unte, they won’t stop you from doing what you like but in reality will ask you to keep updating and discuss and leave. Oka relationship or friendship lo evvaru pedda chinna kaadu.

Mana humans ki unna pedda advantage ento thelsa? The ability to communicate and articulate our feelings. Okalante ishtam, leda dwesham unte, we can write letters, make a call, write a message. And ee generation lo you have so many mediums to even stay in touch, watch and know what the other person is doing at the other end of the earth. Inni unna, what the other person is feeling ana vishyam ni ignore chesi, edo assume cheskoni to bring the blame all on you is a biggest sign of a toxic person. Example: Na friend, Let’s name that person T. T said let’s meet tomorrow and I said yes. Aa day phone chesthey phone busy ga undi and later out of coverage area, so I thought she’s busy and I left. Kaani next day oka pedda fight on how I didn’t reach her out and this could be a regular cycle of her behavior and you can’t do anything about it. Which brings to my other point..

YOU CAN’T DO ANYTHING ABOUT THEM:

Meeku thelsu, something is fishy ani and you’re now used to that behavioural pattern of theirs, but em cheyaleru. This is the biggest sign of any toxic relationship. You’re used to them picking fights on everything, you’re definitely not treated right but still you choose them. Arjun reddy lo friend dialogue untundi kada? Exact ade reference ikkada. Hahah..Jokes apart! Basically you end up thinking that ika veelu inthey, nenu edi chesina cheppina maaredi ledu, may be vaalla character ide emo- dominative ani oka peace ki ochi you’ll continue staying with them. Akkade pappu lo kaalesaru. That power the toxic relationship has comes from you. The more submissive you are to their behavior, the more dominant they’re going to be. Instead, tell them how you feel and if it repeats or doesn’t work out it’s for your own good. Also, giving you a heads up- asal artham cheskune vaalaithey it won’t be a toxic relationship in the first place no? Chances of it not working out is higher.

Simple logic. A true friend always wants good things around you and will hate whatever’s not helping you grow or someone who’s not respecting you. You being blinded as to which friend is actually good end up being confused. Artham kale? Let me give you an example again. This friend T of mine hates me hanging out with a bunch of other people (though they’re fun, outgoing and never meant any harm). Reason possessiveness avvochu, which should be in an healthy amount. Now in order to stay friends with T, you start avoiding all your good friends tho they keep warning you about it and in the end toxic relationship elago untadu, malli aa bunch of friends deggara eldaam ante you’ll feel weird for not listening to them. Ee situation chala relationships lo kuda authay. I saw so many of my friends coming out of a friend circle just because their boyfriend doesn’t like them. Always remember, any one who comes into your life should love you for YOU. And your friends play a very huge role in shaping up your character. Never let go of someone of such sorts, unless they’re toxic.

PICK FIGHTS OUT OF NO WHERE AND YOU’RE THE BAD GUY:

THEY ARE NOT SUPPORTIVE:

We notice this behavior in most of the toxic people that they’re full of themselves and it gets really tough for us to approach them. Obviously, ipudu edi cheppina they have a problem with it and edi nachuthundo ledo ana bhayam tho manam okavela cheppaka pothey adi inko fight authundi. Ultimately mundu nuyyi, venaka goyyi. Since you basically lost friends because of that person now and you can’t approach them for the fear of fight, you end up being lonely and there are chances you would not have enough mental motivation to work on things that you love. Idi oka pattern authundi and idi recognize chesi daani paina work cheyatam better instead of getting used to it and not having any support. We’re on a co-living space where talking out and venting out is an essential part or knowing and uplifting. You can’t self-support/motivate yourself forever. And since the only company you’re left with is this toxic person, you might start believing what that person believes and kill more of your self-belief.

THEY MAKE YOU DEFEND YOURSELF:

One thing’s clear. They don’t want to know your point of view in any given situation because all they want to do is dodge away by saying it’s not their fault. Oka amicable conclusion ki oche okka lakshanam undadu. Infact, fake scenarios create chesi “Nu ipude ila chesthey, mundu mundu ela chesthavo” ana hypothetical situation ni create chesi inka fight ni exaggerate chestharu. Vala tone, words meeda focus chesthey, we’ll eventually understand that it’s not your fault and infact you end up defending yourself. This relationship or friendship is obviously a mutual choice kada? Why is the other person failing to understand your point of view and you have to end up defending smallest of your moves? Ilanti times lo when you speak out logics, they try diverting the focus of other things and bring you down. You don’t need that.

THEY MAKE THEM PROVE TO YOU:

Screenshots, call logs, double taps, dms ivanni survival kits of a toxic relationship. Okkati aalochinchandi, why do you have to prove yourself to anyone when you know and you’re loyal. It’s all about actions. If you’re giving your best to something or someone, they will understand and if they fail to, it’s not your responsibility to go out of your way to prove someone something. Ee vishyam lo conditions applied ankondi, there might be a few trust issues prior where you have sometimes explain certain situations, but when it comes to few beginnings where it was never your fault, I don’t think you should prove yourself. Word of mouth is the biggest test to any relationship/friendship. If they believe you when you say something without second thoughts, you’re in a healthy relationship. Otherwise, please work on it.

Hamma! Idi matter. Researching and writing on this itself put me in a dark spot, imagine living/spending time with that toxic person. Horrifying? May be not. A research saying most of the people identify a toxic relationship once they’re out of it. So ee qualities edana meeku mee relationships lo matching anpisthey, please focus. You need to be happy in the first place in order to be in any happy relationship. Also having said all of the above, I believe that mostly there are no toxic people, there are situations that make a lot of people toxic. So that toxic boyfriend of yours might not be the same for someone else. So instead of analysing someone else’s energy, focus on yours. Are you a better person with/without them and take a step accordingly? Mental peace before anything. And mention some other traits you think are toxic or mee experience of a toxic relationship. Let go, I’m hearing you 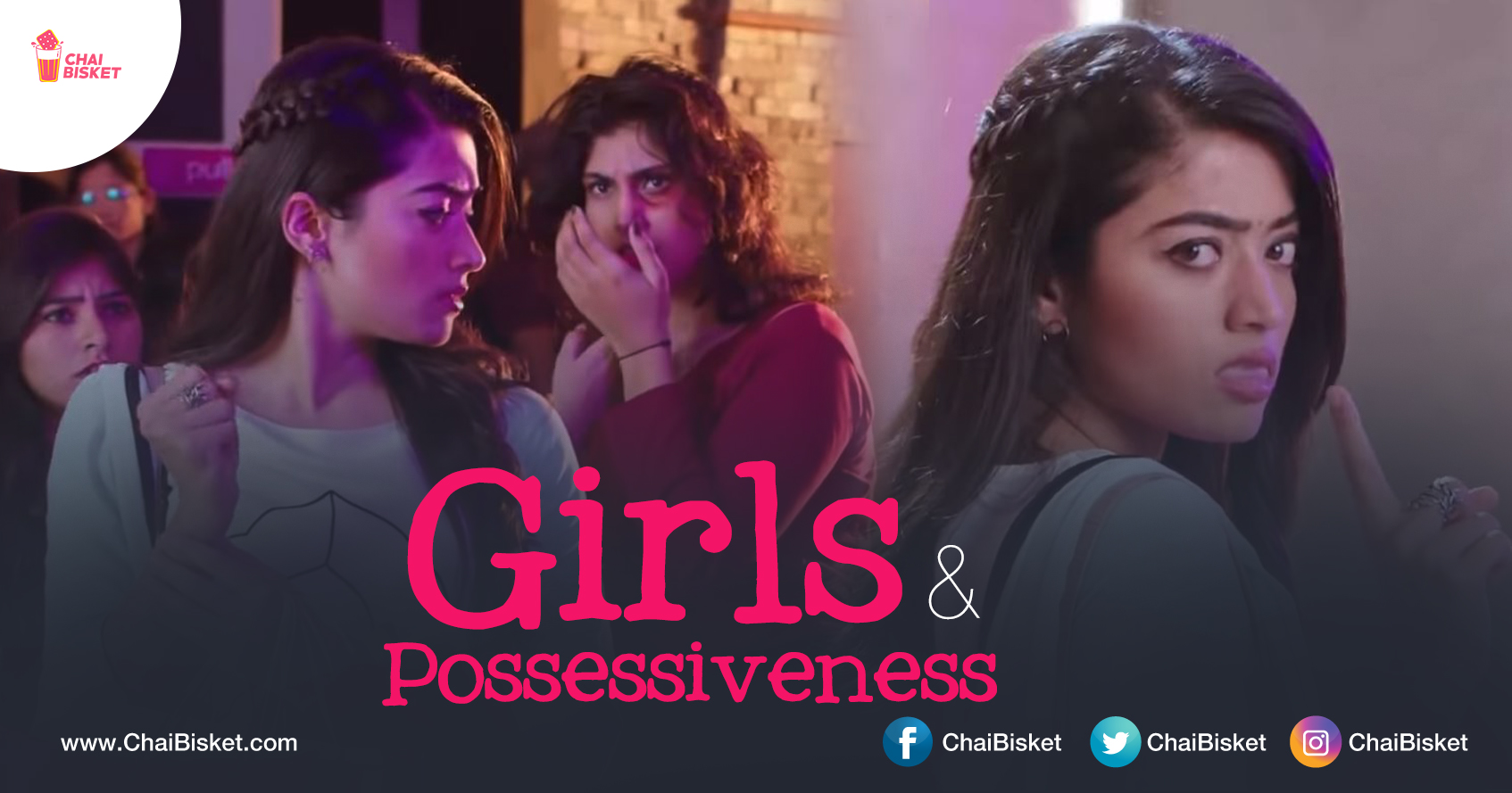 Tags: avoid, couples, love, toxic person in life, Why You Don't Need That Toxic Person In Your Life 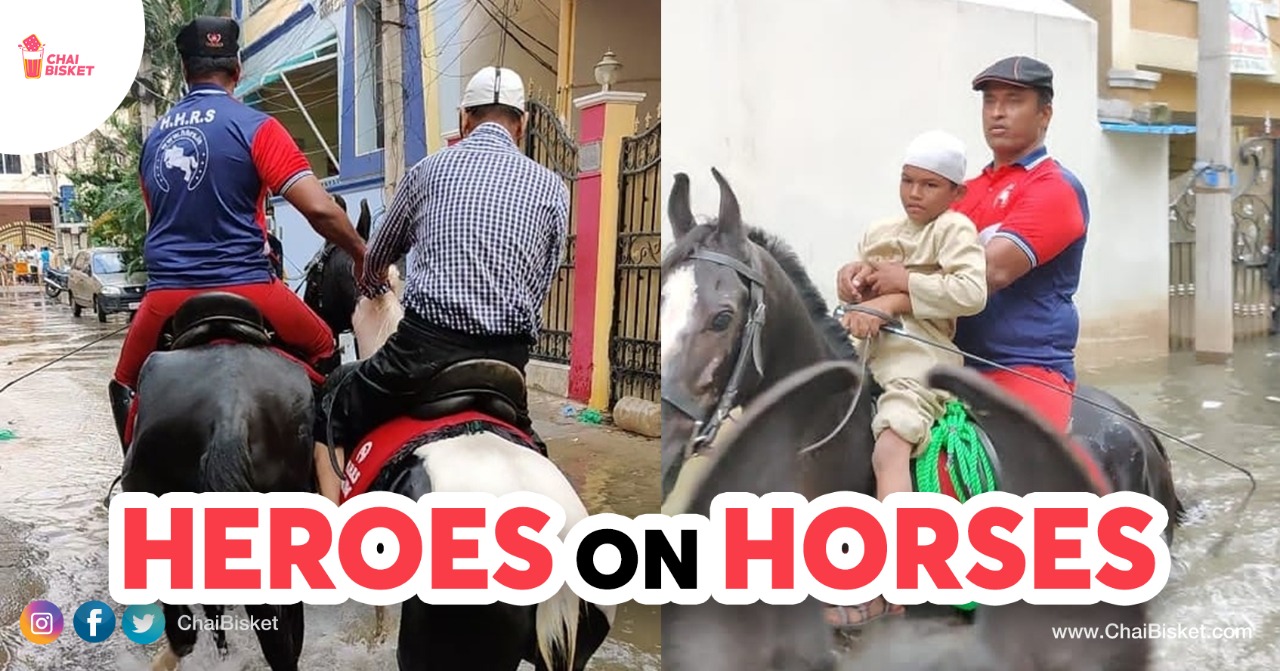 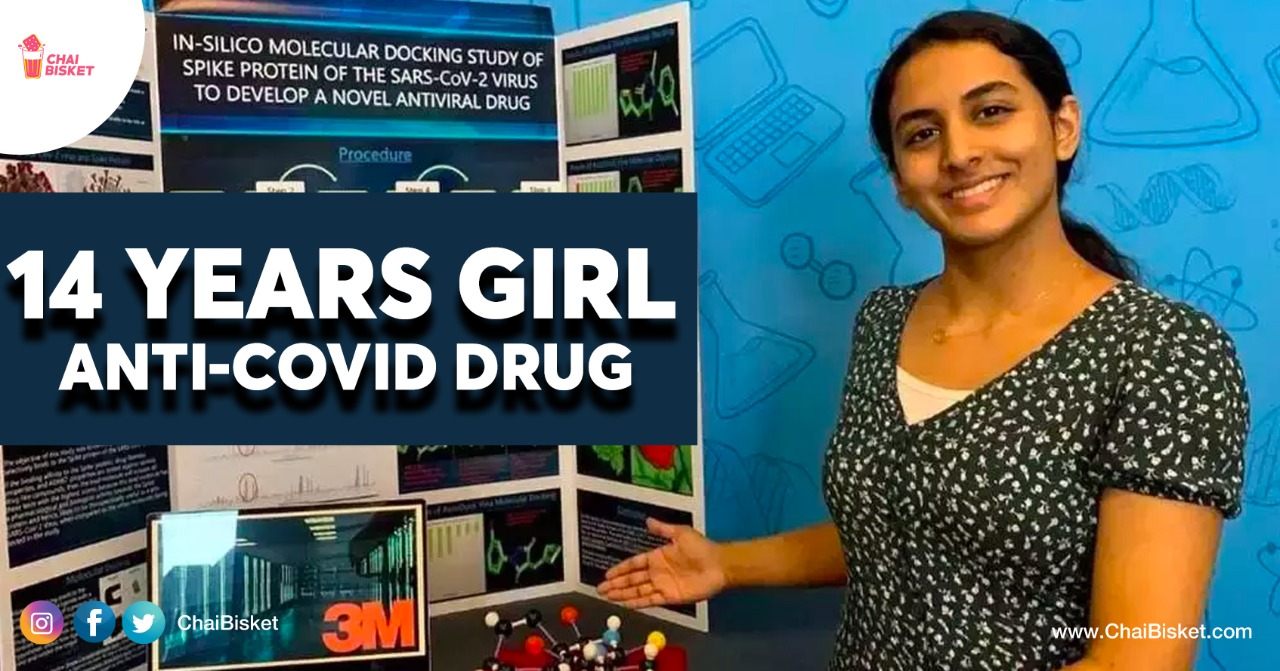 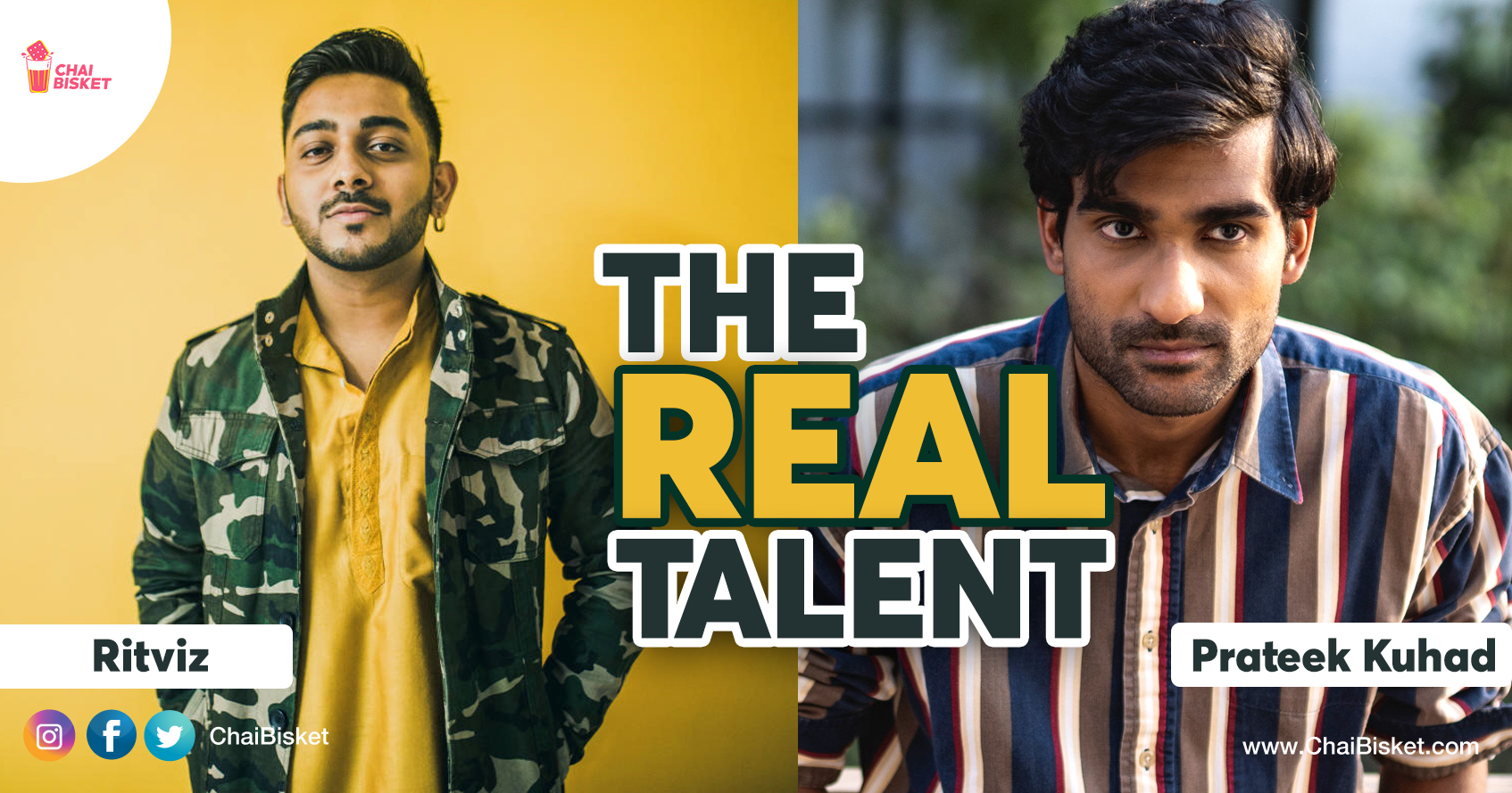 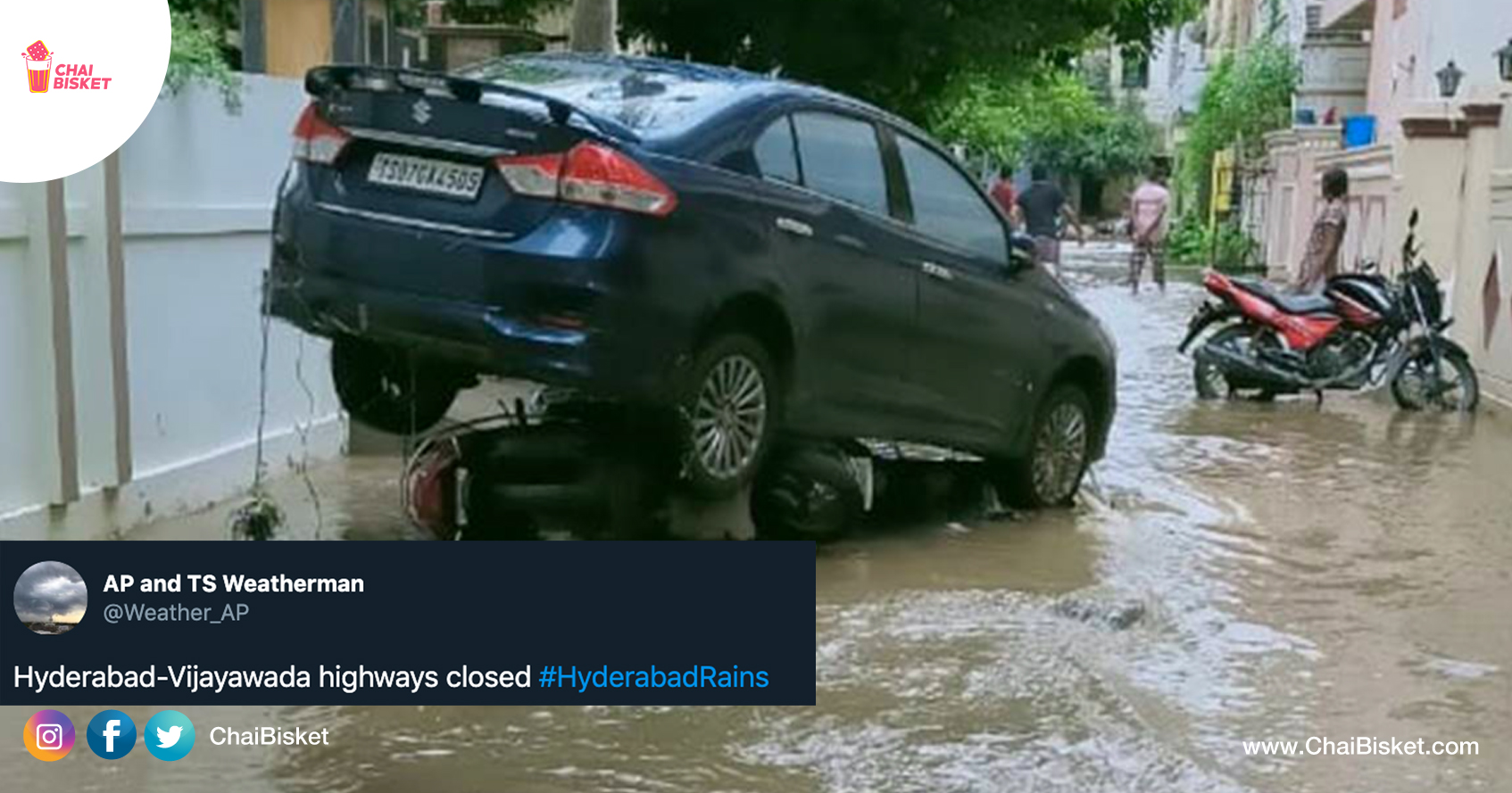 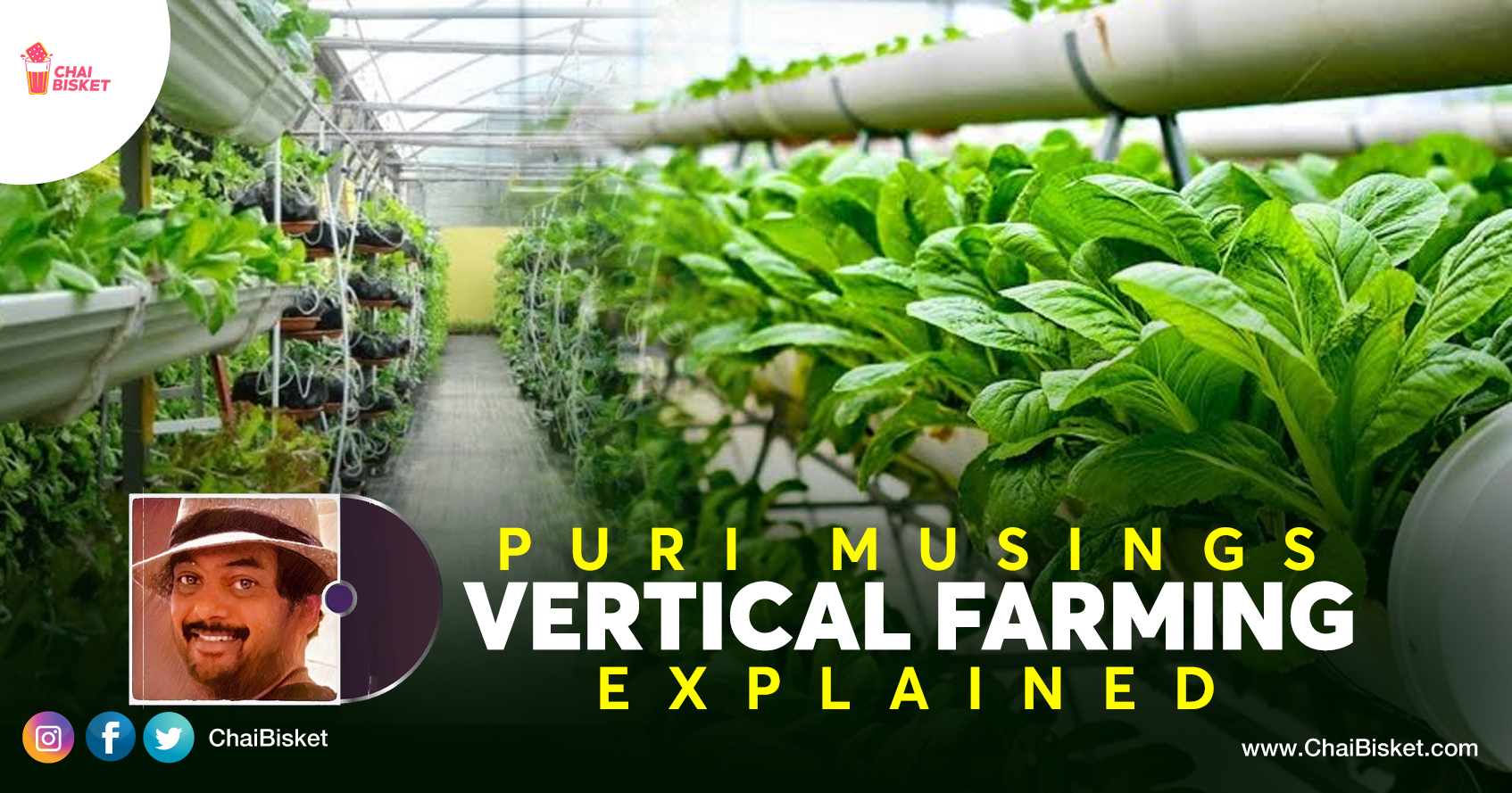 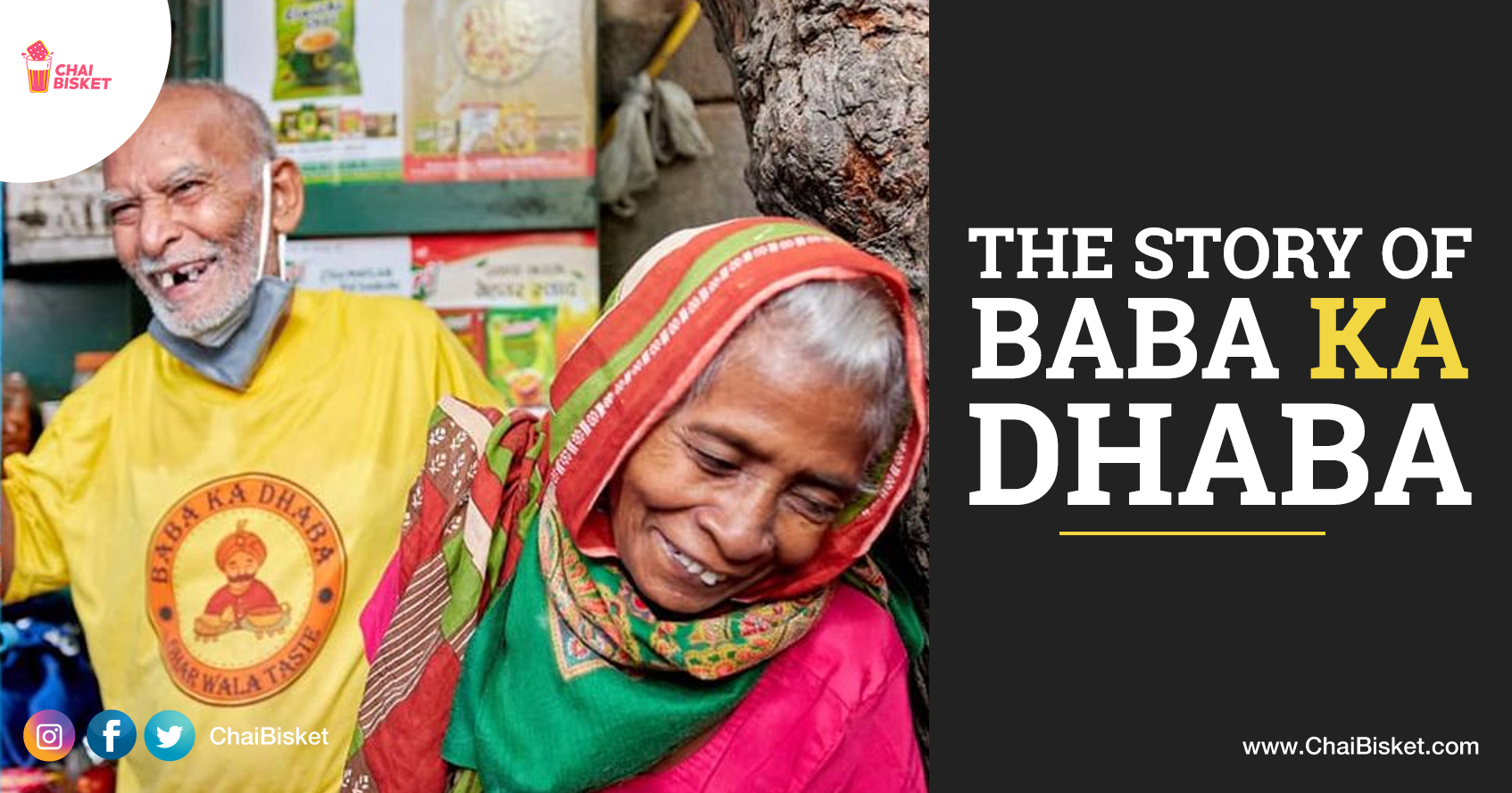 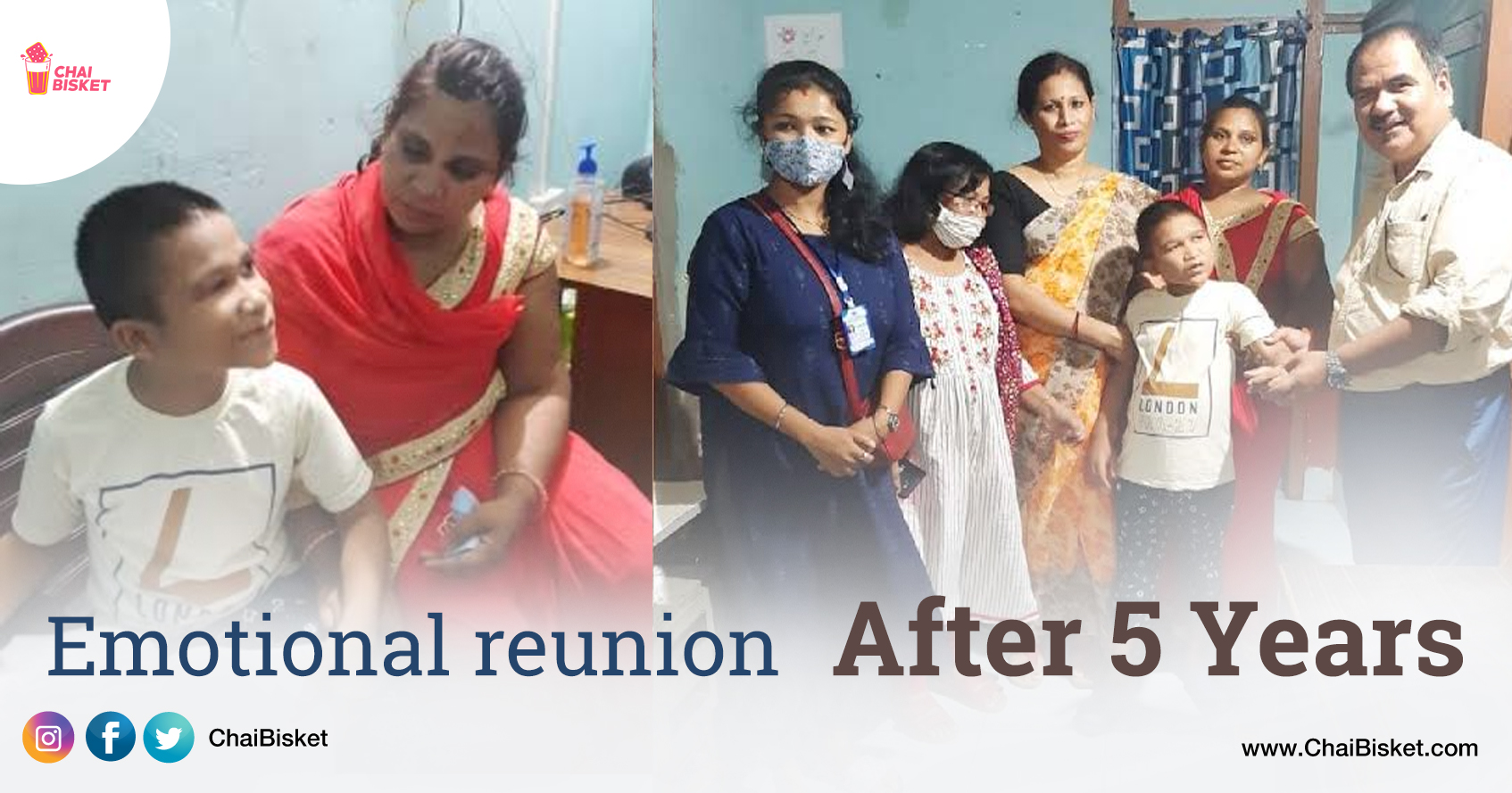 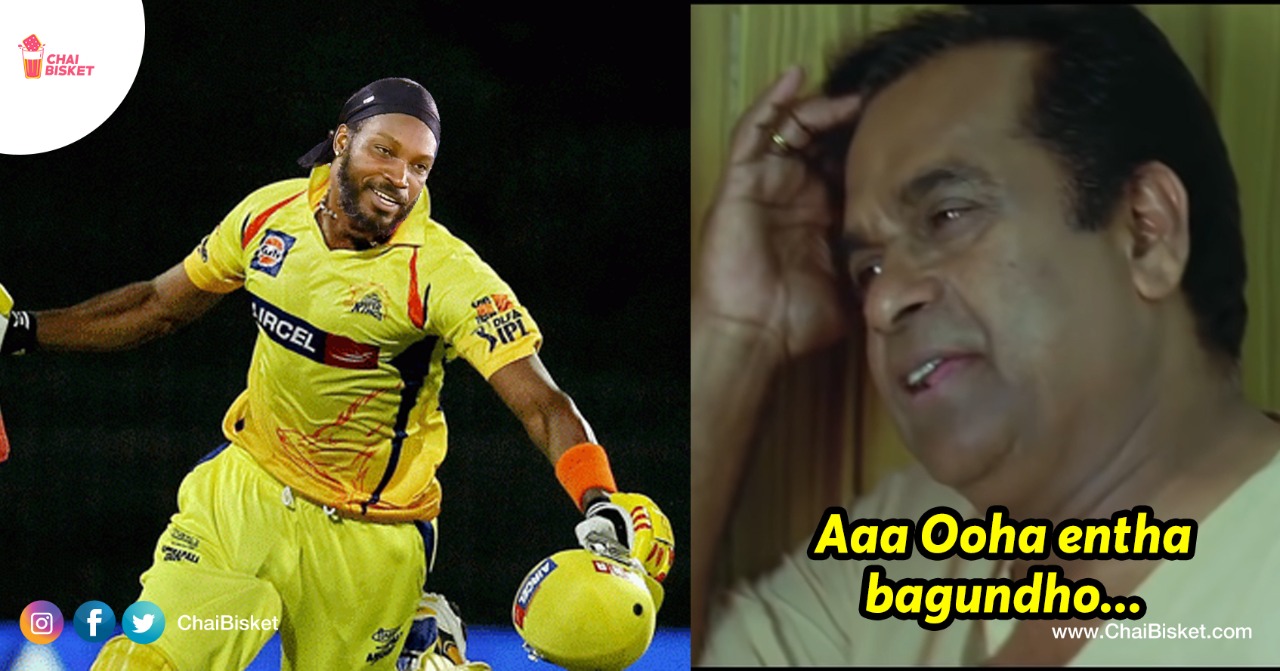 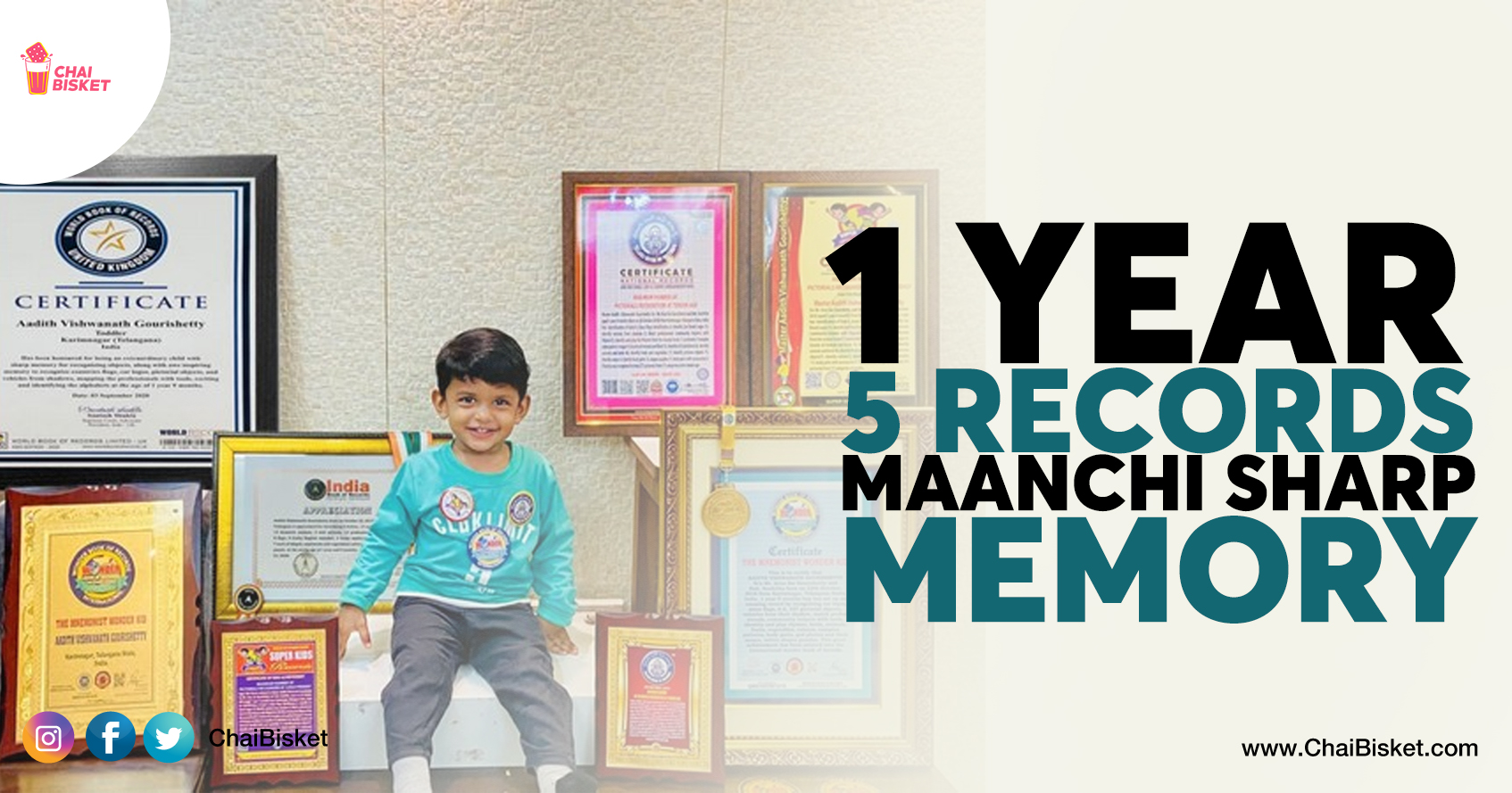 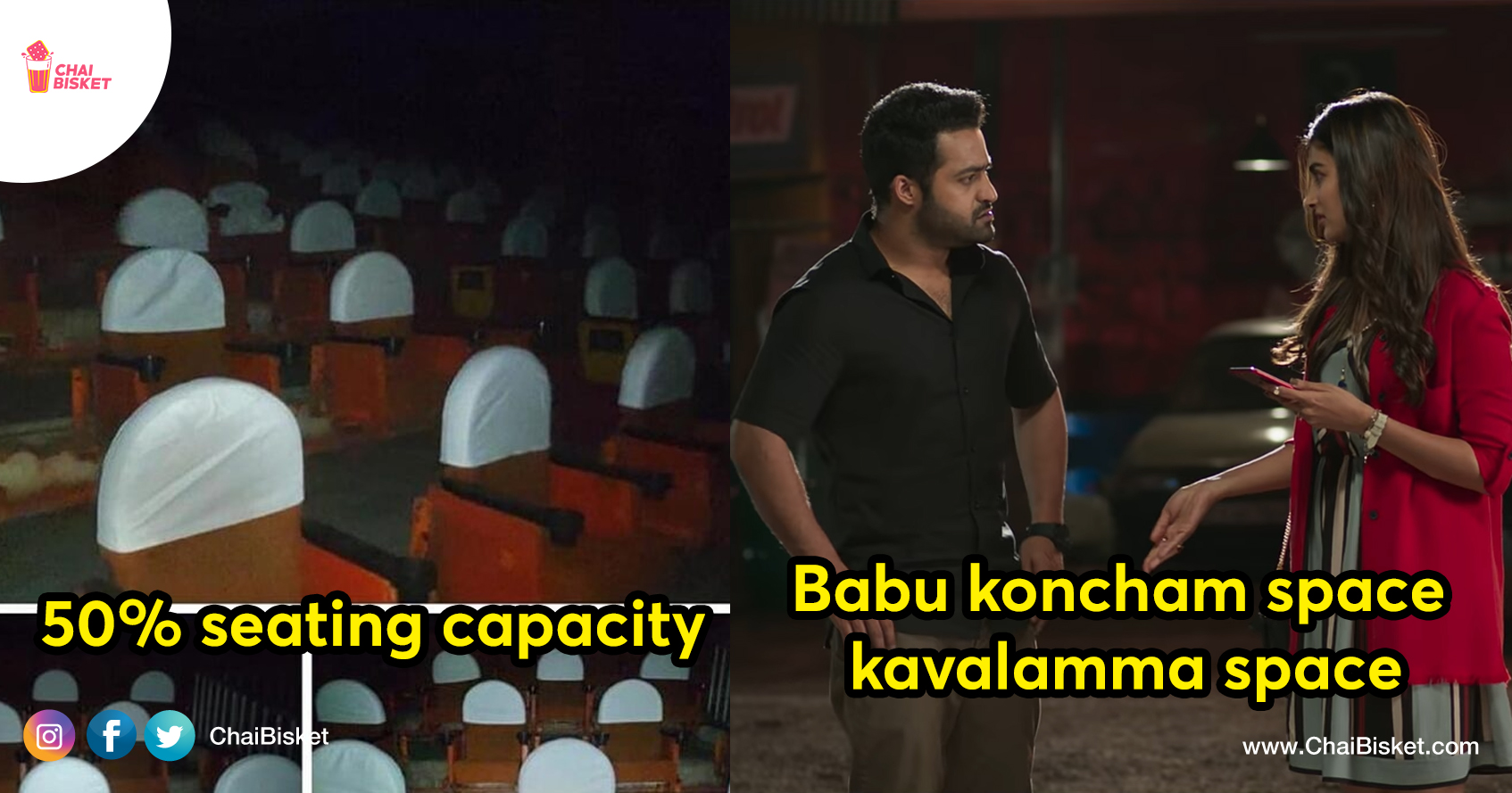 What To Do & What Not To: The DOs & DON’Ts In Cinema Theatre ft. Pandemic