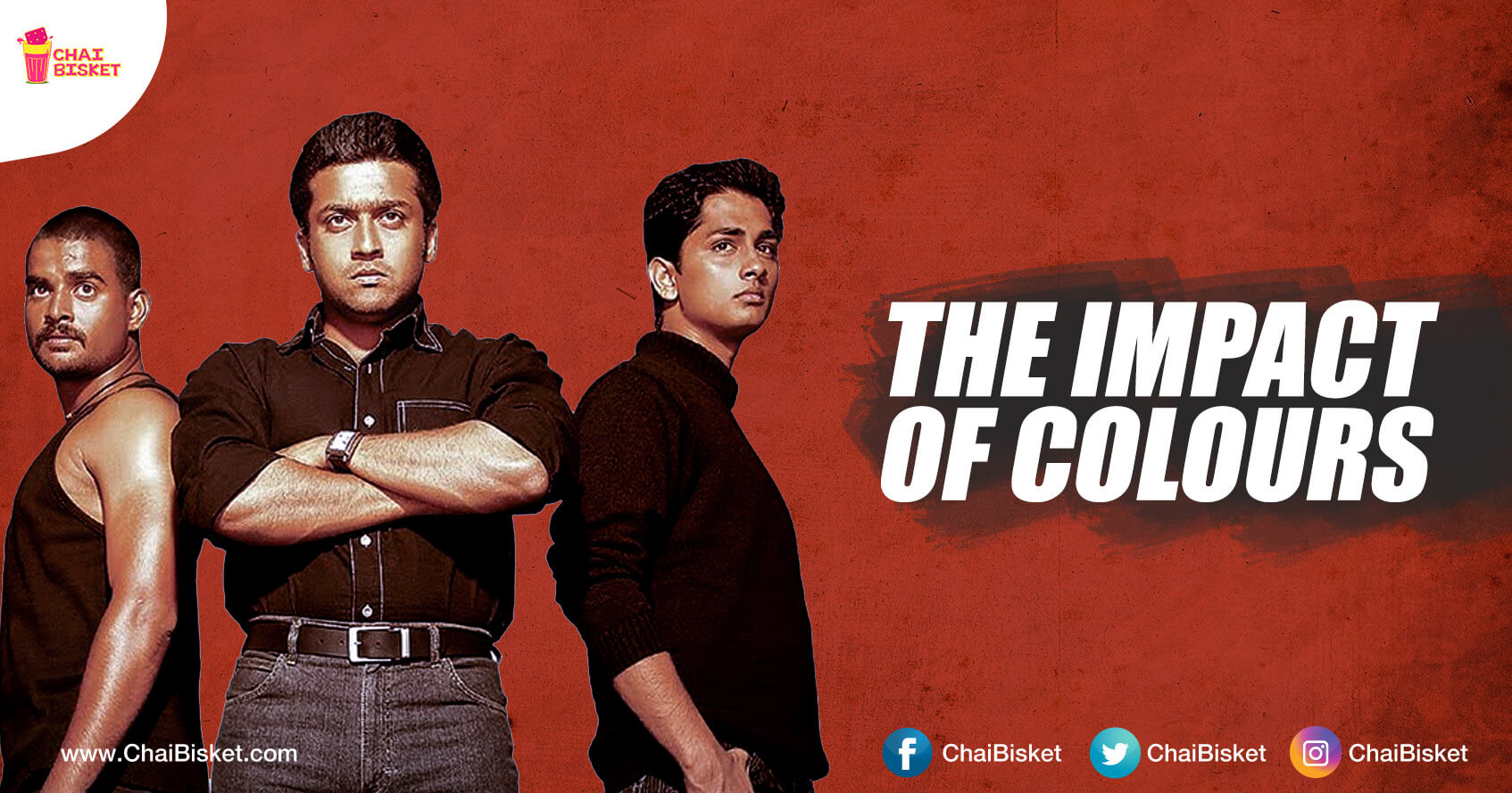 When I watched Yuva/Aayutha Ezhuthu for the first time, movie as a whole, inspired or rather influenced me so much. Later on, when I started to observe the movie really closely, I slowly started to realize several influential parts in the movie. Sometimes I felt, it is the story that moved me, sometimes the screenplay and sometimes, its music and RR. But, when I re-watched it to write something on it, I was struck by the way colors conveyed everything that we needed to know.

A lot of us might already know the major colors used to represent all the three characters in Yuva/Aayutha Ezhuthu. Green (Surya/Michael). Red (Madhavan/Samba Sivudu). Blue (Siddharth/Arjun). Infact, that is quite brilliantly established in the title card itself. Look at this.

Now, I don’t want to talk about all the instances and all the ways he wanted to convey something to us using colors. If I do that, this article would never end. I’d rather talk about only one scene. The climax.

Basically, this is what happens in the climax. Arjun escapes from Samba’s den and comes on to the main road where there is so much traffic. Samba chases him. Arjun calls up Michael for help. And all these three people fight amidst a lot of traffic. Now, let me bring the color part into this. How did Arjun escape from Samba? Dilli, who works for Samba lets him go. What did Dilli wear there? This.

An Orange T-Shirt. Samba? A Red T-Shirt with a Yellow Shirt on top. When we mix Yellow and Red, we get Orange. So, if Red and Yellow are two extremes, Orange comes somewhere in between. In a way, Orange is less powerful than Red and Yellow. Look at the way Dilli is killed and I won’t talk much.

**Why is the climax shot in traffic?What does traffic signify? Think about that.**
So, these people reach the traffic. Here, Arjun is shown in Dark Green and Michael in Black. Why? As the movie progresses, Michael’s Ideologies rub off on Arjun who is as open as Blue and White. He absorbs those ideologies like a good student. That’s why he is in Green. Coming to Michael, towards the end, he reaches to the maximum in his will to do good. His intention reaches maximum intensity. So, he goes beyond Green. What is beyond Green? Dark Green. Beyond Dark Green? Black. So is his dress.

Not only that, Green and Black make up a perfect combo. That’s one more reason for his love to be introduced in Black. Look at this scene at the beginning of the movie.

You know what, lets just stick to the climax bit for now.

Now, before Michael enters the scene, Samba is totally overpowering Arjun. So, to translate that, there are so many Red cars coming and going into the frame. This serves to signify Samba’s dominance in that scene.

As soon as Michael enters, Black and White cars start to move around.

When, Michael hits Samba at a point, Samba falls on a Blue car. That indicates that, this one is for Arjun.

After that, Red cars start to move around and obviously Samba becomes powerful. Now, when Michael is hit by Samba, he falls on a Green lorry that is passing by. Why only a Green one? What does that signify again? It basically indicates the domination of Michael in the coming scenes.

Right after that shot, Samba is overpowered & beaten badly by Michael and he decides to escape from there as there is so much of Green and Blue surrounding him.

Finally, when there is no escape for him there, he is caught by Michael and he utters a dialogue saying “Nuvvu naku sathruvu kadu, nee kullu rajakeeyam. Danni memu marchabothunnam”. So, he is basically talking about a new wave is going to begin and bring a change in the existing order. Right? Now, the beauty in that shot is, the sun is setting down in the background. Just like the corrupt politics that Michael wants to shut down. Just like the new revolution that is about to come.

Even the sound design in this scene is amazingly done. Forget about the design of sound, even the instruments used in the score is so well thought out. It is better you observe it. For instance, take this shot where Michael lifts Samba up to say the dialogue. Observe the shift of tone and instruments in the RR. You’ll feel the magic then. After all, that is ARR.

**Just look at these images. Samba’s character is introduced in a jail in Black outfit. And ended in a jail with a White outfit. In both the scenes, he is a prisoner. But, why is there a color difference in his outfits? Why only Black and White? What does that signify? Think about that.**

**Now, what and why did Michael and Arjun wear in the closing scene? Think about that also.**
I did not talk about other colors like Yellow, Dark Red, Light Green, Light and Dark Blue etc that are used in this film, that could go on forever. But, I’d want to state clearly that, every color we see in each frame of Yuva/Aayutha Ezhuthu is intentional & perfectly planned. Everything has its own importance. I will definitely do some more articles to cover this film completely. Including camera movements and its way of conveying the story. Editing and its mastery. Lighting and its perfect usage etc. 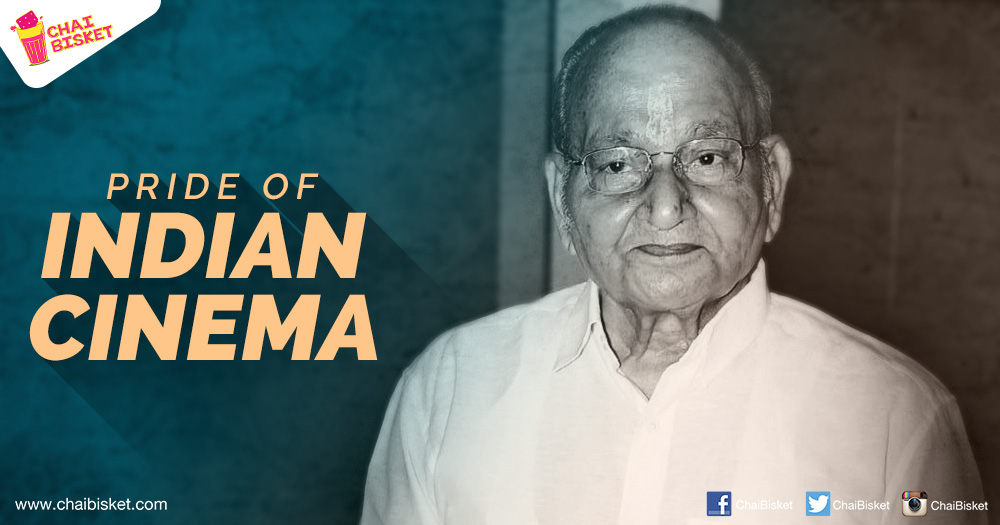