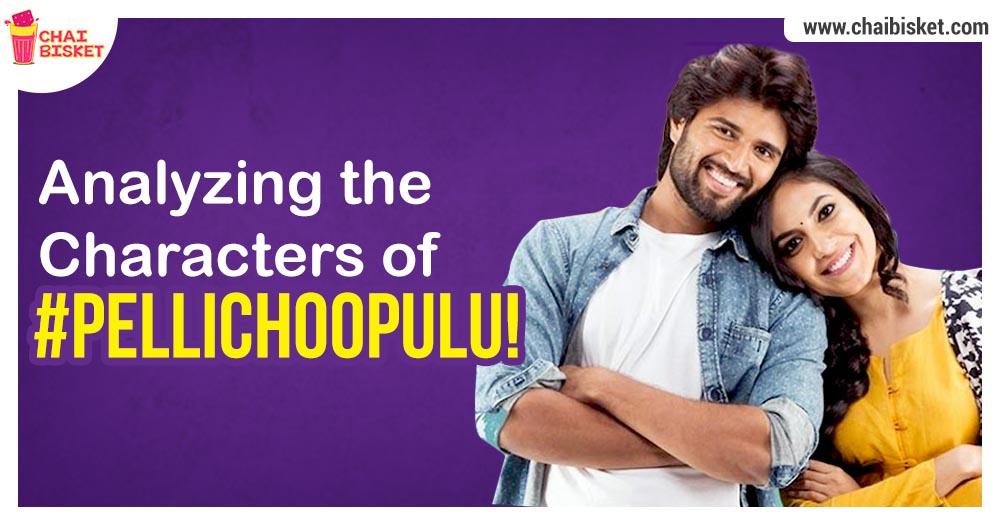 Pellichoopulu has been the buzz of the town for a week now and the fondness for this film has been increasing exponentially. If we think about the reason for such a unanimous fondness, the only reason is the honesty in its characterizations. Here’s a deep dive into each of the roles in the film.

Prashant:
Till two decades ago, graduating in Engineering was a big deal and these graduates were really skilled in their respective disciplines. Today, Engineering is just another degree which gives a paper validation of talent. There is also a popular social media joke which goes something like “ In India, you complete your engineering and then decide what you want to do in your life”. It has become as natural as doing your 10th, +1 and +2. This is prevalent especially in our Telugu states. Prashant is the perfect symbolism of such youth. He also figures out late what he can be good at.

In the movie, they don’t show him as if he is born to cook or all of a sudden a Sanjeev Kapoor embodies him like it usually happens in other films. You can see how he has absolutely no kitchen skills earlier while a chef is making him cut stuff and cook fish chips. They practically show that he has pursued it with interest. Prashant also shows the recklessness and carelessness of many. For eg, just to celebrate the first order, even without starting it, he treats his friends at a bar. So irresponsible that he didn’t even know how much he spent the last night until the next morning. And finally, his realization was also so realistically depicted. Without any drama or senti dialogues, Prashant speaks straight up with Chitra’s father that had he been his son, he would know the pain. Can it be said any simpler than that?

Chitra:
Chitra symbolizes how Today’s woman ought to be. She is no feminist. She is not a tomboy either. She is just another homo-sapien having her own aspirations. Let’s not call her “strong-independent-WOMAN”. In fact, we should stop giving the tag “independent” glorifying it as a special quality. Chitra is like any other person. She also falls in love multiple times in life. She also has a heartbreak like most of the guys/girls have by the time they reach 25. She also has her self-respect. She also has her ego (remember the pen scene). She also feels guilty (says sorry when she comes to Prashant’s home). She is one among us.

Unlike most of the films where only one aspect of a woman is emphasized and other aspects overlooked, Pellichoopulu showed what are the delights, challenges and problems in her life throwing light on all the aspects. And all the aspects were given a proper closure and none of them in a haphazard way. To be precise, her entrepreneurship, her love-life and the repaired relationship with her dad. What makes Chitra special is her clarity of thought, otherwise she is like any of us.

Nanna(garu)s:
There is a scene where Chitra says Nanna ”garu”. The subtext is that the daughter is uttering the “garu” sarcastically to emphasize that she is very unhappy with his high-headedness towards gender bias. Chitra’s dad appears to be very well-educated, living in a decent multi-storied house. But the mindset is so regressive. That’s how so many educated fathers are Today, deeply regressive.

On the other hand, we had a richer father played by Anish Kurivilla who is apparently very very progressive that he himself arranges a date for his daughter. He turns out to be even more pathetic than Chitra’s father that he is pretending to be totally unaware of his daughter’s unwillingness. That is the case of many of the marriage fixtures happening in the opulent families, where everything is directly/indirectly related to how helpful will this alliance be for the family business. The word play with “Frank ga” was utilized very neatly.

Prashant’s father belongs to another specimen, who think that getting him married would solve the problem, and absolutely zero concern of how the would-be daughter-in-law would have a tough time with him. He is also selfish like the businessman above but in his own ways.

Mothers:
Well, we have seen doting homemaker mothers in other films too, where they were seen mostly serving food or sobbing. In Pellichoopulu, it was refreshing to see them doing other stuff too. Chitra’s mother was reading a newspaper in one of the scenes. When was the last time we saw that? (I could recall only Jamba Lakidi Pamba, but again that was in a totally different context)

Friends:
First of all, these were not the 24×7 slap-takers. They were the typical real-life “friends” who don’t wait for a second to mock, make fun and speak blatantly on-the-face. They don’t glorify Prashant as someone extra ordinary. They were not loud. They were as subtle and as natural, they can be. Hope, Abhay and Priyadarshi have redefined that hero’s friends are not side-kicks to be slapped and kicked. Hero’s friends are Hero’s FRIENDS!

If you think about it, this movie is an amalgamation of the reflection of the society in many ways – the mindsets, the situations, the decisions. Hope the film has opened up arena’s for movies that are real and entertaining at the same time. Most importantly for the film-makers, I hope it raised an introspective question –“Will the audience buy whatever I am trying to say?” 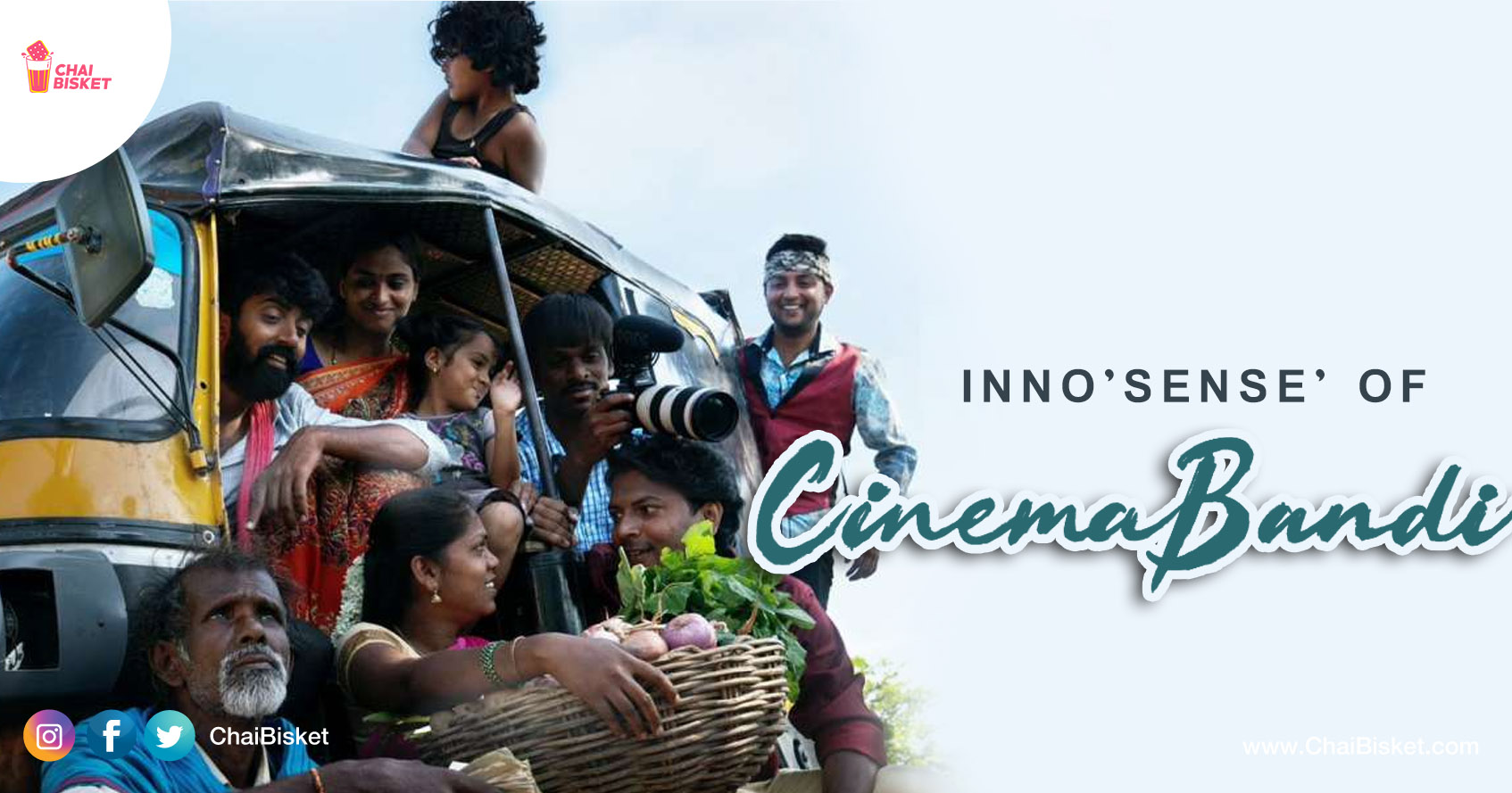 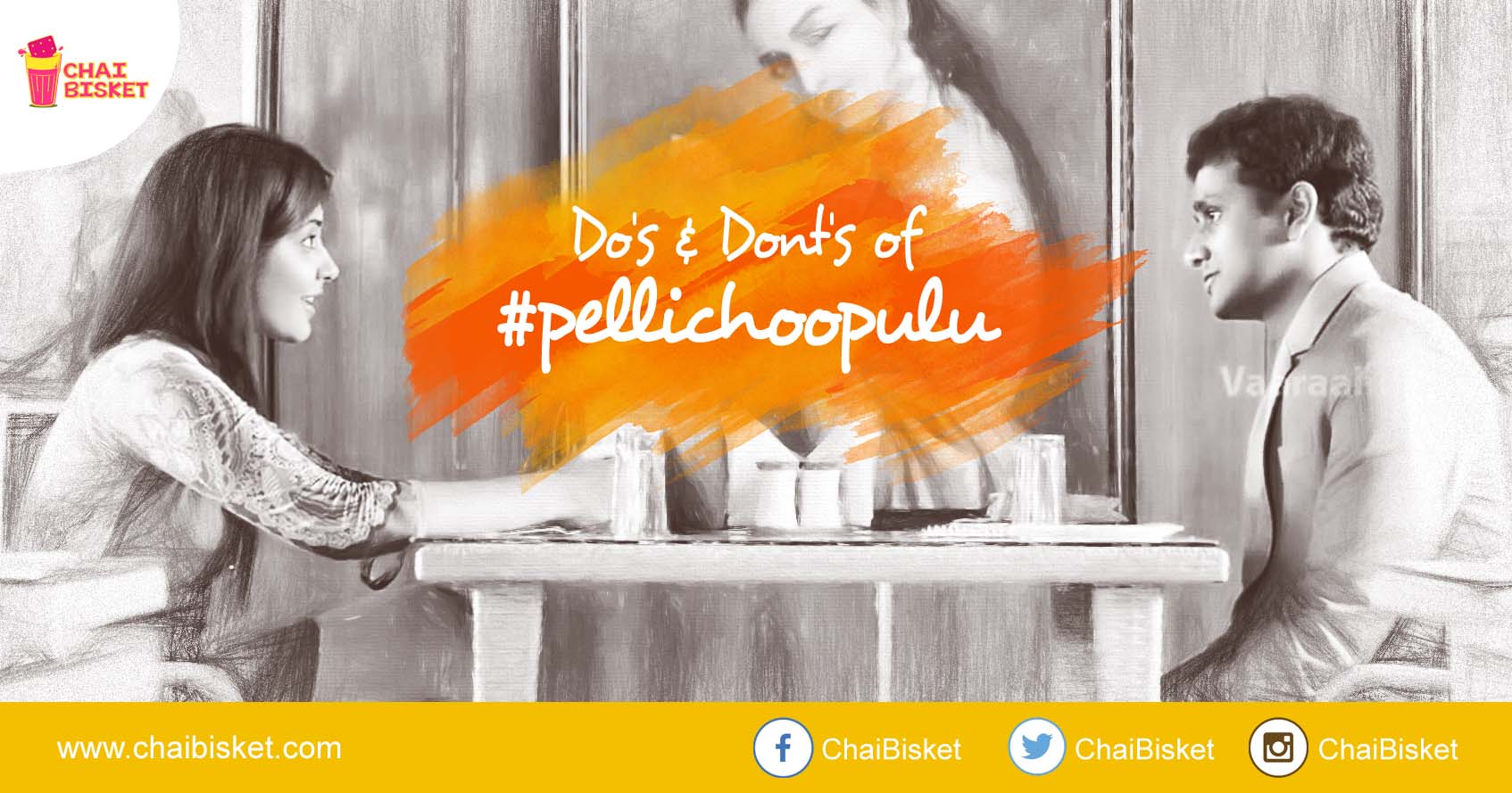 Presenting The DOs And DON’Ts You Must Remember For Your Pellichoopulu!