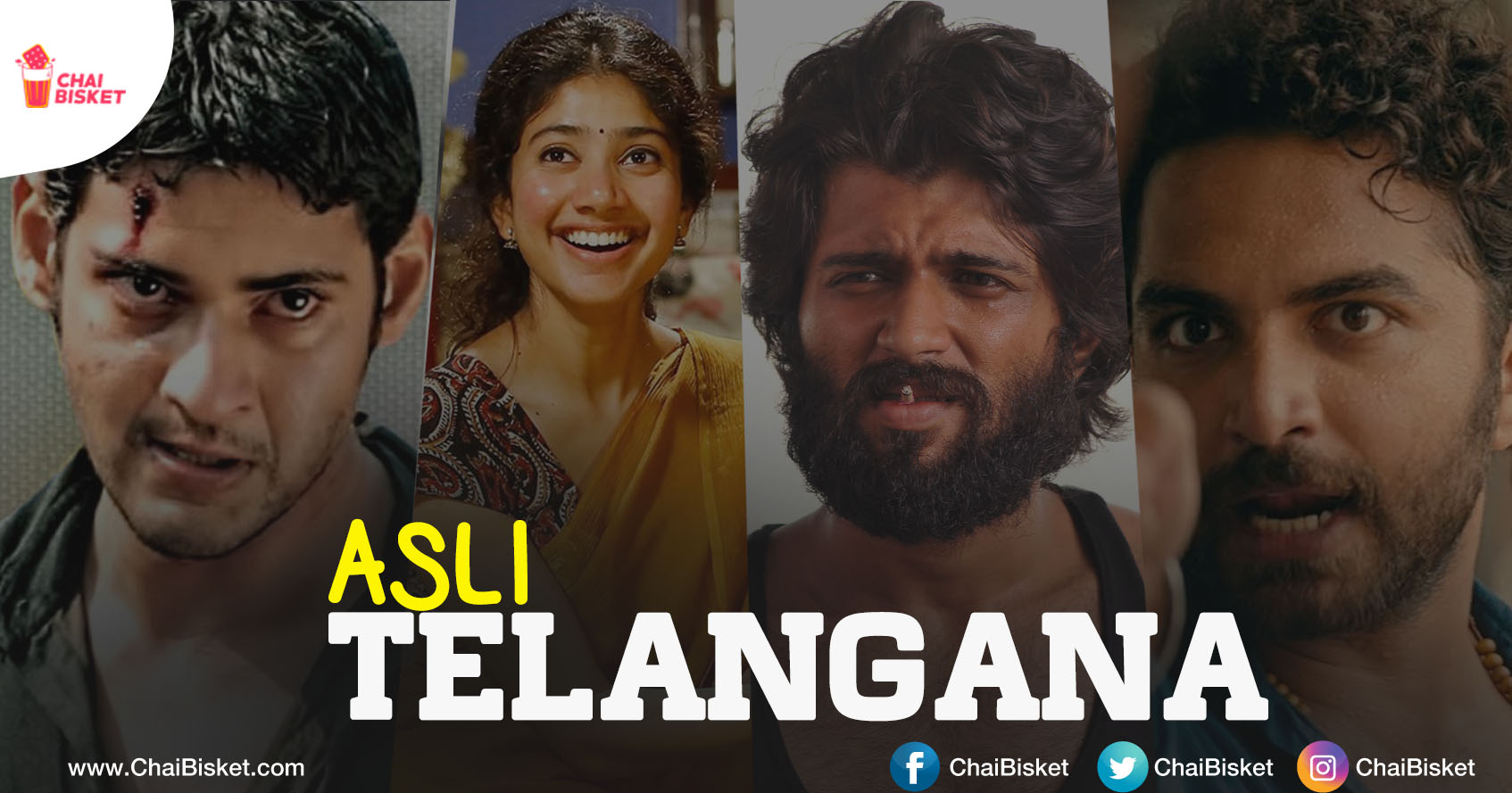 P.S: The list is in the ‘latest to oldest movies’ order.

The latest addition in this list is one of the best odes to the old city and its undying vibe. As Vishwak Sen, the actor-director of the film said, ‘Anni cinema la lo Old city ante, Charminar chupistaru, Nen na cinema lo adhi thappa anni chupincha‘. As simple as that.

Asal ee cinema gurinchi emanna discuss chedham ante, not many people have watched the film in the first place. But when a movie has two Telangana actors (Rahul Ramakrishna, Priyadarshi) in the lead, it definitely falls under ‘Telangana portrayed right’ category.

Recent times lo one of the most widespread, viral, mainstream movie, where the characters act and talk in Telangana. It’s the people who tell the authentic stories, Sandeep Vanga is from Warangal, So he knows how Telangana people behave and talk. Authencity FTW ! (FOR THE WIN!)

If you observe, all of the movies in the list, till now.. They’re all new-age movies made by new-age directors. They are representing their culture & people beautifully. This is what we need in Tollywood, Diversity. Tharun’s later film ‘Ee Nagaraniki Emaindi‘ is also a good representation Telagana dialect and people.

The film itself is about a warrior-queen from Kakatiya dynasty (Present day Warangal). Allu Arjun plays Gona Ganna Reddy, A soldier of Telangana who fought for Rani Rudrama Devi from Vardhamaanapuram. Point to be noted: Though Allu Arjun is not from Telangana, in real life, He did a pretty great job in the movie.

Yet another Sekhar Kammula film in the list.. Andhra people come to Hyderabad, they explore the city, The rich, And the middle class. This man made mainstream Telugu movies, with new comers, who speak in Telangana dialect. I think it’s not just about the language, its about the people, their stories, where they stay (Gold Phase, B phase), all of these things are from real life.

I think not many people have watched this film, But this film, set in post-independent India has that authentic folklore, style.

Obviously not the entire film & not all the characters speak Telangana. But in this anthology, Cable Raju, played by Allu Arjun, Raheemuddin played by Manoj Bajpayee are two beautiful written roles. One explores the Bastis’ and Jubilee Hills of Hyderabad, While one is badly accused of terrorism. We can never get ove this movie, and these characters.

Okkadu tho actually ee list end cheseyochu. But it’d be injustice to not to include this cult, revolutionary film in the list. The OG film that brought out the Telangana vibe into the movies.

While these are just Mainstream Telugu Movies, There are plenty of other films that have portrayed Telangana Authentically too. Like R Narayana Murthy gaari movies, Jai Bolo Telangana, Hyderabadi movies like, The Angrez, Hyderabad Nawabs, Tharun Bhascker’s short film Sainma and a lot of other great regional, short and smaller movies.

We’d love to see more of such movies where Telangana characters are not just used for comedy and where the movies capture the soul and vibe of Asli Telangana. 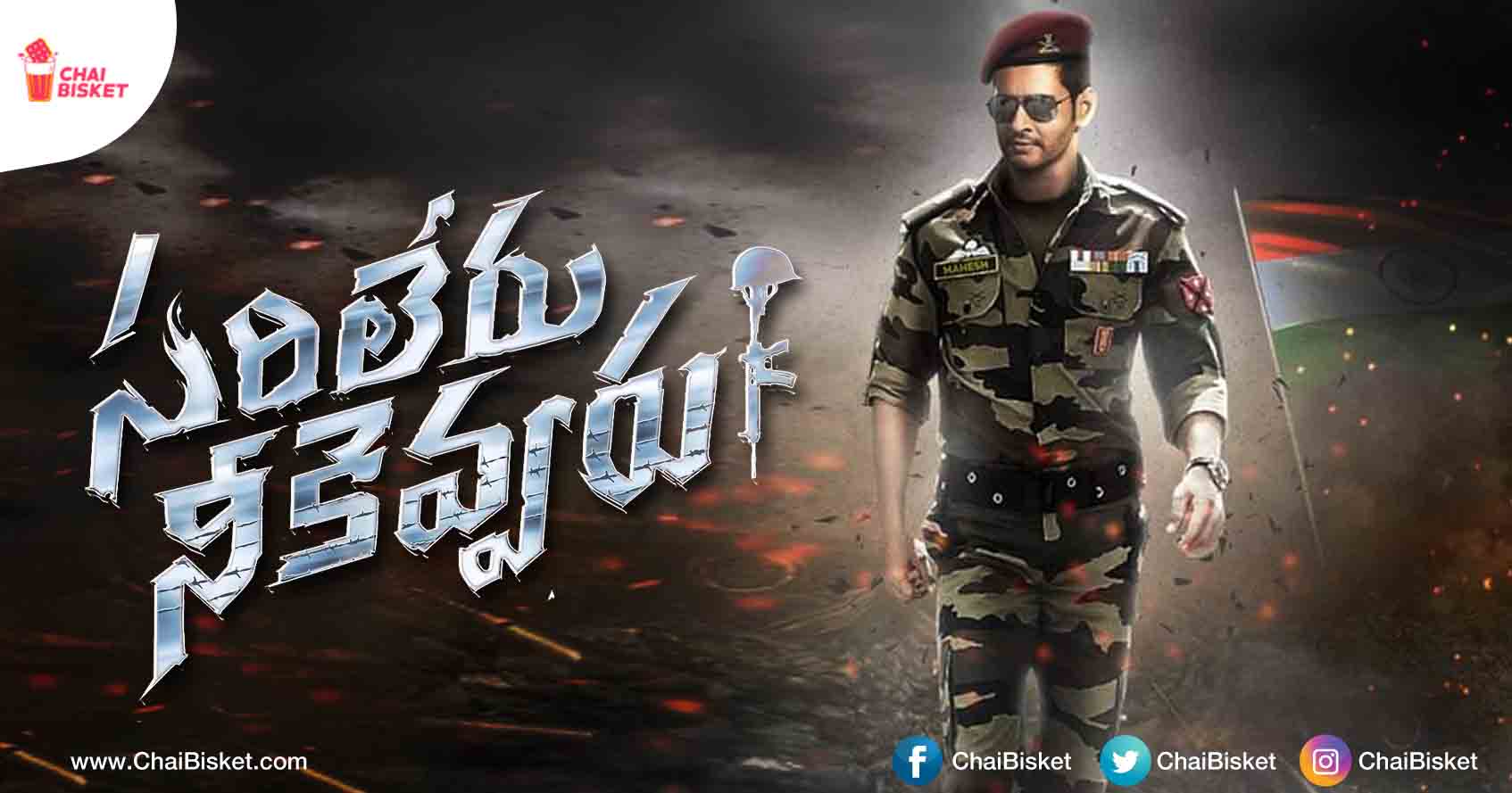 These Fan Made Posters Of MB's 'Sarileru Neekevvaru' Are Beyond Brilliant