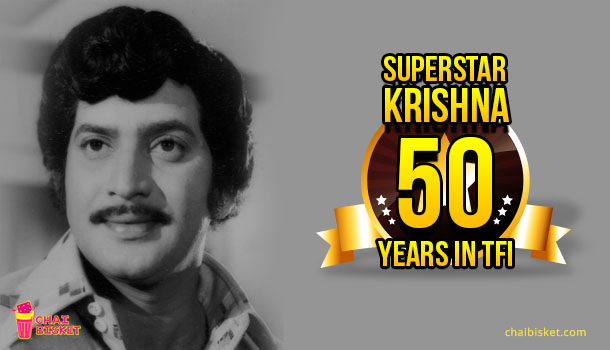 There Is Only One Superstar The Records Loved Back – A Look Into 50 Glorious Years! SUPERSTAR. This is one title that is almost synonymous to KING. And fate has it that it was attributed to the King. Yes, Superstar Krishna is the King of Telugu Industry. Yes, fans love him. But records love him more. He introduced box office records to the industry and also shattered them very often. He made genres, that were unheard before, people’s favourite. And most of all, he gave the Industry a worthy successor to continue the legacy and worthy of the title ‘Superstar’ in Mahesh Babu. It’s 50 years for the Superstar in the world of cinema and let’s take look at his glorious journey. 1. First seen as the lead in ‘Teene Manasulu’. Who knew this guy in his early twenties was going to reign over Tollywood in a few years? 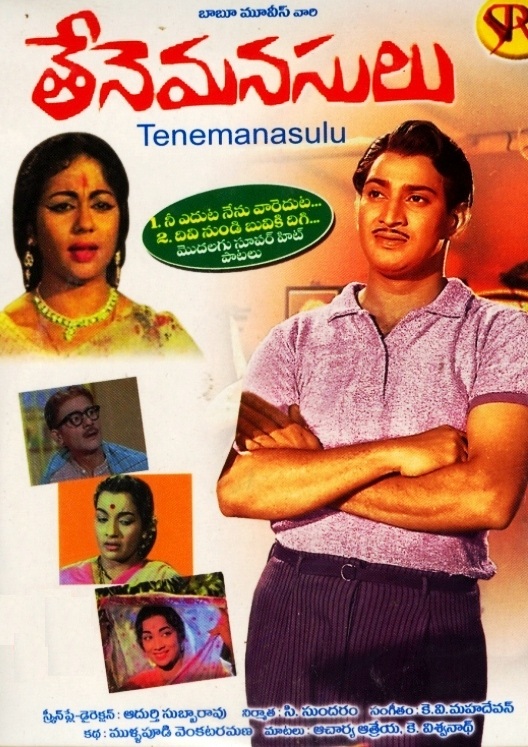 2. Only 3 movies as a lead and he made sure Telugu Cinema would no more be the same. Gudachari was in the town, people! And he was in town to steal hearts and shatter records.

3. He first paired with Vijaya Nirmala in the off-beat flick Sakshi. The first time the Superfans got to see the would-be couple on screens.  P.S: Sakshi was the first Telugu film to be premièred at the Moscow Film Festival. 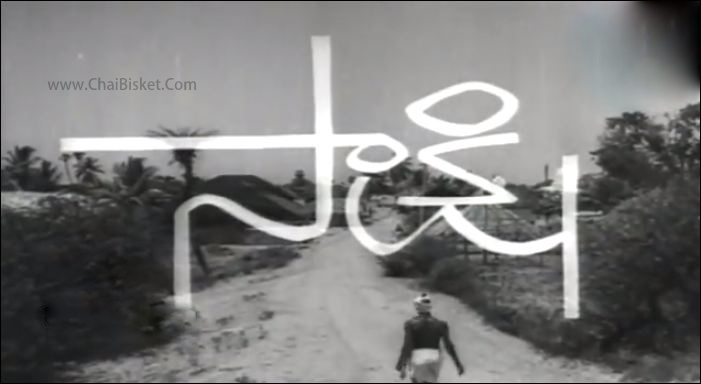 4. 1967. Superstar took the screens by storm in this year. As many as 7 of his flicks hit the theatres and many of them had their share of success, thanks to his screen presence. 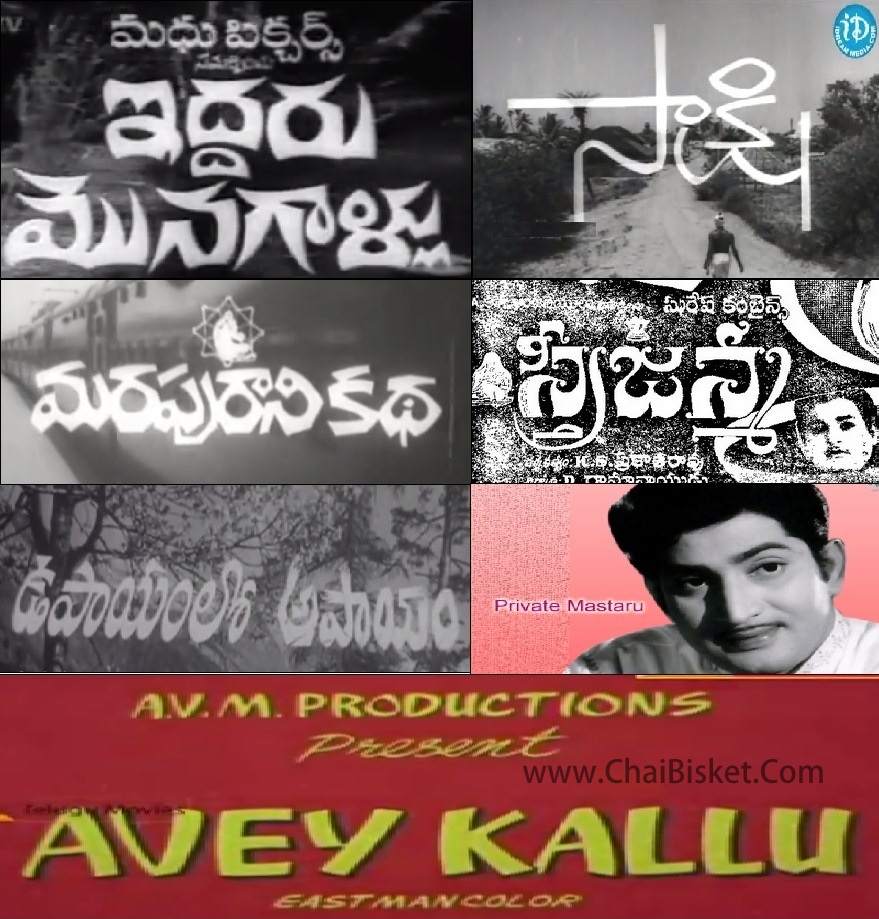 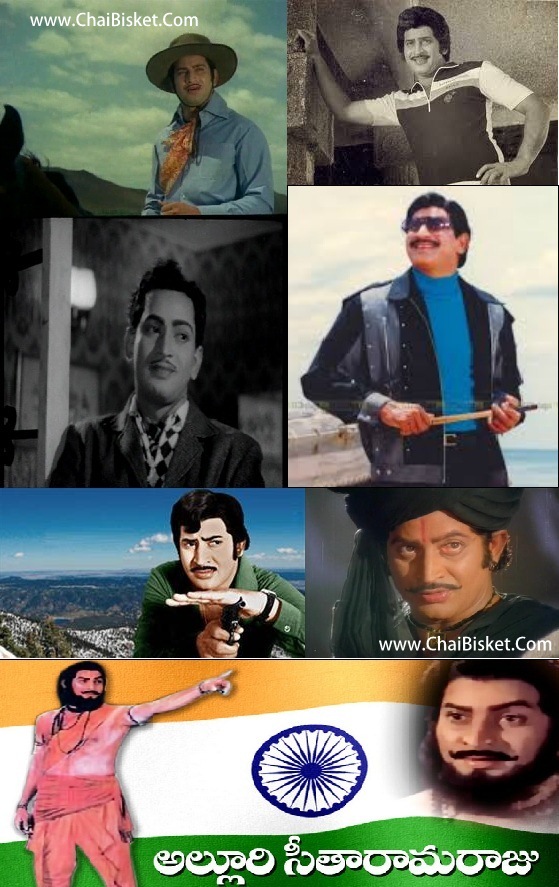 6. 1971 was the year Telugu Cinema got its own cowboy. Forget Clint Eastwood for a while, and the Superstar might just be the most celebrated Cowboy in the World of Cinema. 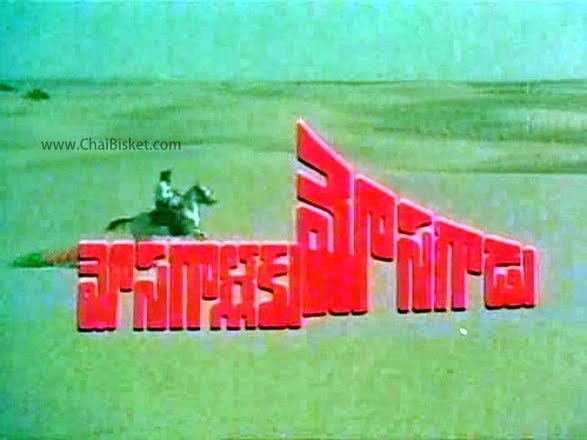 7. 1974. Engrave this year in gold people, for this is the year which gave the Industry one of the most celebrated movies in the world of Cinema. ‘Alluri Seetarama Raju’ took the Superstar to heights only a very few have scaled in the Industry. Even now, every time we hear the song ‘Telugu Veera Levara’, goosebumps are guaranteed. A movie that inspired generations, it was also the first Cinemascope picture in Telugu Cinema.  P.S: Close your eyes and think of Alluri Seetarama Raju. Prove us wrong if it isn’t the Superstar you see in your vision.

8. Tune forward to 1985 and the Superstar was on the screens roaring as Jamadagni in Agni Parvatham. The roar was loud and clear. He had come to rule. The hearts and the records. 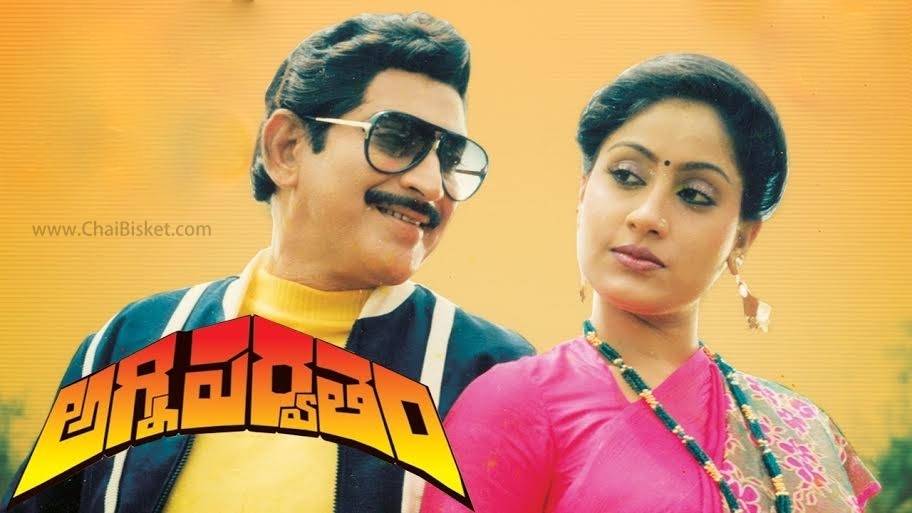 9. 1986 saw the Superstar as a director with the blockbuster ‘Simhaasanam’. It was also the first 70mm film in the Industry. The song ‘Aakasam Lo Oka Taara’ became a chartbuster.

10. The Superstar shared the screen with the future Superstar and his elder brother in the flick ‘Mugguru Kodukulu’. If you are a Superfan, this picture of the three in one frame will bring a wide smile to your face. 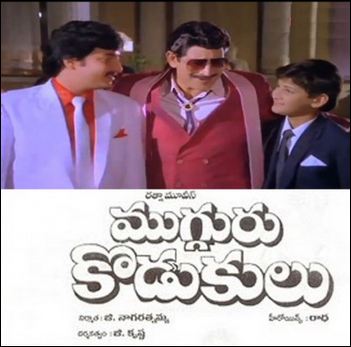 11. The successful father-son combo continued with flicks like Gudachaari 117 and Kodukulu Diddina Kaapuram. A Superstar in the heights of his career shared the screen with another in the making. 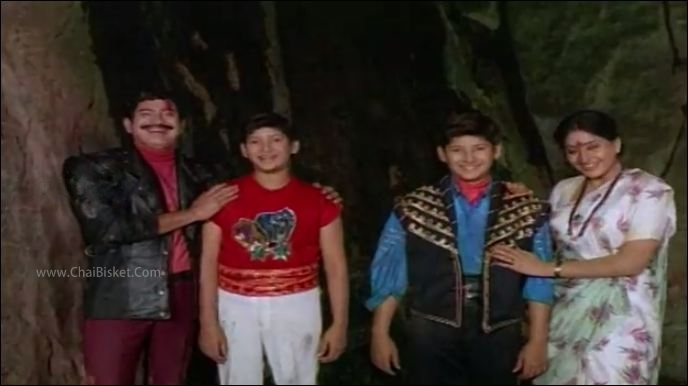 12. The stardom might just have faded a bit in the late 1990s, but the Superstar’s intention to be part of great flicks hasn’t. The superstar made a cameo in the epic revolutionary flick ‘Osey Ramulamma’. 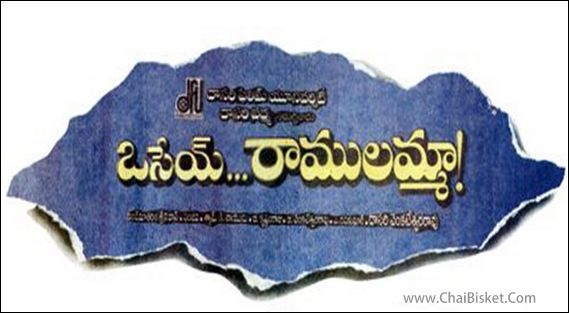 These Lyrics of S/o Satyamurthy's Song will give you that much-needed Inspiration! 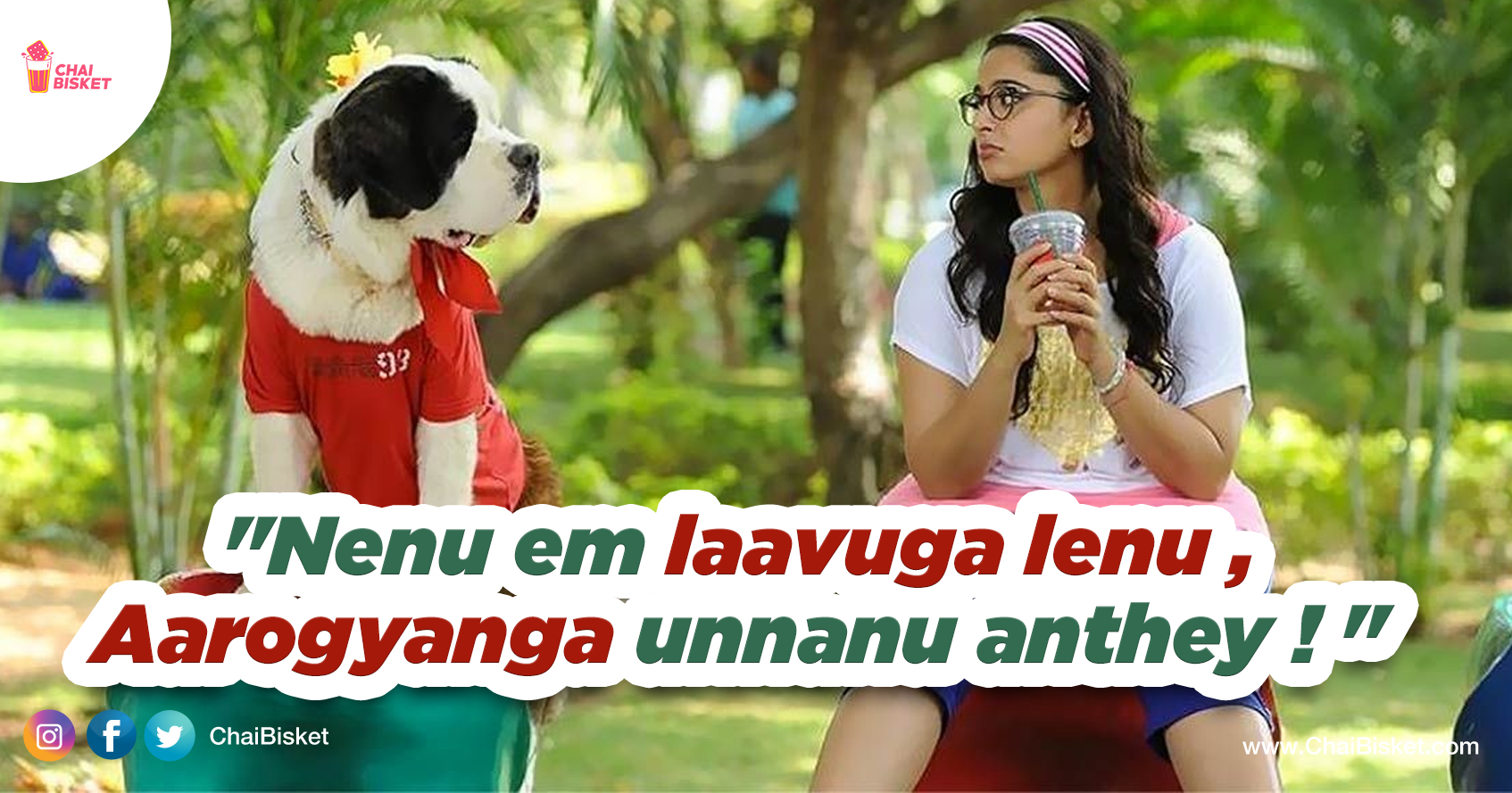 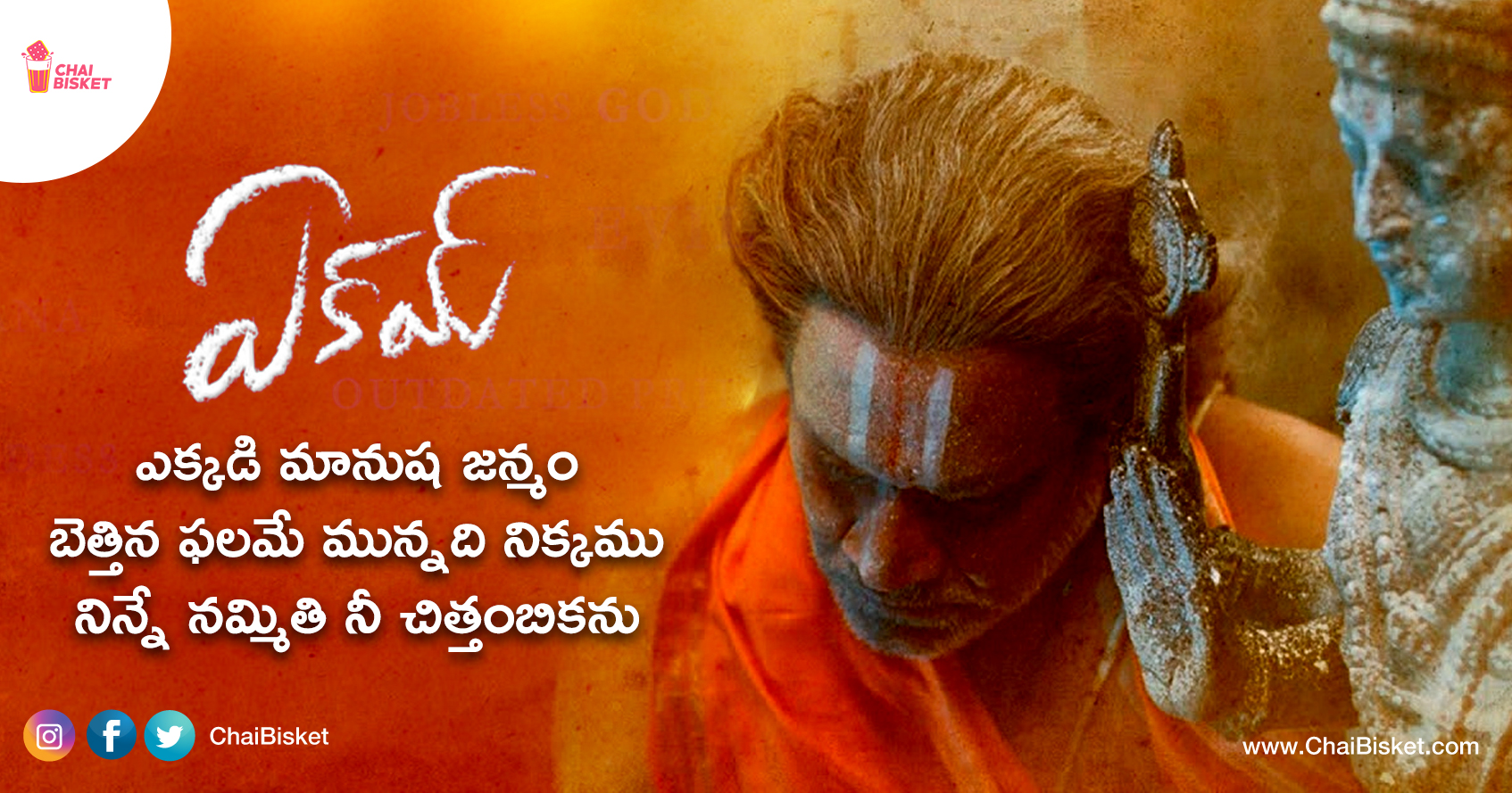