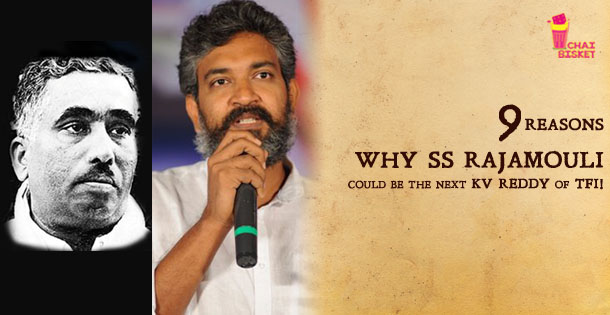 In the magical land that is Telugu Cinema, stalwarts come once in a while to leave their lasting mark. And once they do, the world will never be the same again. They come to put a dent in the cinematic universe.
More than half a decade ago, a man started off on a rather simple note, as a cashier in Vauhini Studios. He learnt the basics of direction by observing BN Reddy, and later went on to direct masterpieces like Paathala Bhairavi and Mayabazaar.
His name was Kadiri Venkata Reddy; a name that will be remembered, and a Textbook example in film-making that will be emulated for generations to come.
Fast forward fifty years, video reels gave way to Blu-ray discs, and we have another K. V. Reddy in S. S. Rajamouli. Here is why.
1) The sheer scale of the movies. Make no mistake, Mayabazaar was a blockbuster in its day and is still regarded as a cult classic. It was the highest grossing film of the time in both Telugu and Tamil. And by the looks of it, Bahubali will rewrite all existing records and will set a new standard to emulate in Telugu Cinema. 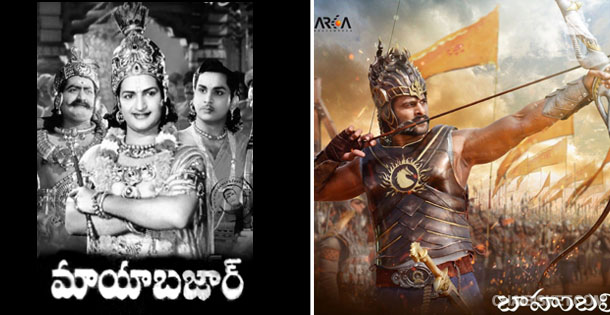 2) Crazy Ideas. Take Paatala Bhairavi, which was an Aladdin-style folk tale set in a fictional South Indian kingdom, with middle-eastern influences. SV Ranga Rao’s character Nepala Mantrikudu was influenced by Rasputin. If this wasn’t enough, he took a comedian like Kasturi Siva Rao and made him a hero in Gunasundari Katha. Likewise, Sunil was the unlikely hero in Jakkanna’s Maryada Ramanna. Also, the hero of Eega was a housefly. Who­ would ­have­ goddamn thought? 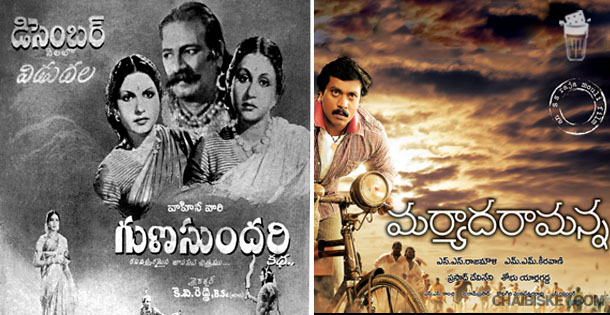 3) Taut screenplay. Both of them are masters of screen-writing. In Mayabazaar, though the story revolves around Pandavas, they are never formally introduced on screen. The Kauravas are often talked about, but they do not appear on screen until the climax of the film. It takes a lot of control over the script to pull off something like this, without boring the audience. Similarly, Rajamouli does not start shooting unless he is fully convinced with his screenplay. A film like Eega wouldn’t have been the huge hit it was, if the threads were loose. 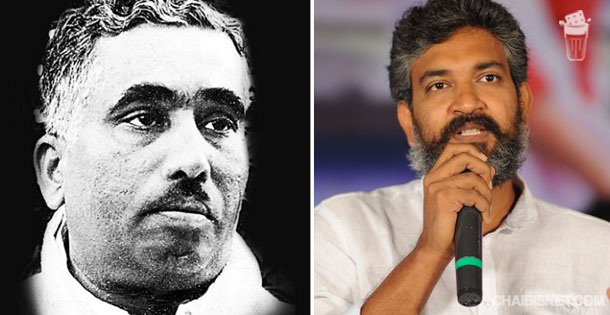 4) Thematic Elements. Both directors have common themes like fantasy and the concept of ‘revenge’ running through their stories. Many a time, the hero(even one that doesn’t seem like a hero: Maryada Ramanna) overcomes major hurdles to get what he wants. After all, like Nepala Manthrikudu said, “Saahasam cheyara dhimbaka, raakumari varisthundi!” 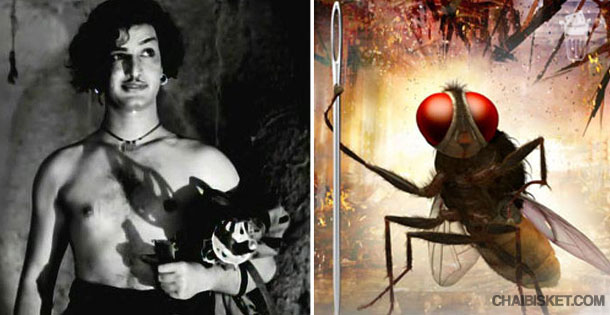 5) Men in Control. KVR was a strict disciplinarian on sets, and anyone sitting idle and chit-chatting invited his ire. Even if it was NTR, ANR, or SVR he would behave the same way, and he was the most respected man of the team. Rajamouli, on the other hand, is not that harsh on his actors, but he has his own way of getting things done on time! 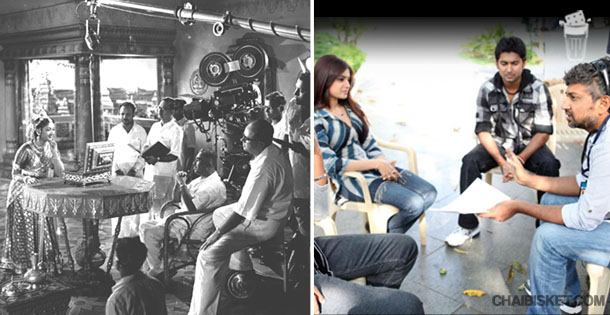 6) For the Masses. Even though these men possessed/possess very high imagination, their scripts are written in such a way that even a layman can understand it. The characters’ motives are crystal clear, the dialogue is simple, and the music is easily hummable. For such avant-garde concepts, it is quite a feat that they achieved this so consistently. 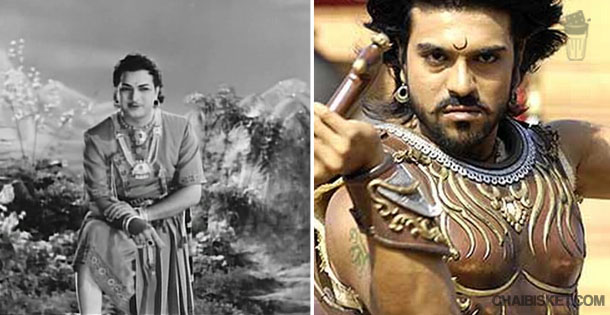 7) VFX. In a time when the term ‘Visual Effects’ was unheard of, K. V. Reddy made the magnum opus Mayabazar. Marcus Bartley was the man behind the film’s magnificent ‘trick photography’. With such limited technology, they made some scenes that are sheer joy to watch(Vivaaha Bhojanambu and the scenes in the climax wedding). Rajamouli’s Magadheera wrote new rules as to how a film’s CGI should be handled. And with Eega, he stepped up the game to the next level with an international team working from different parts of the world.
Bahubali is another story, altogether. 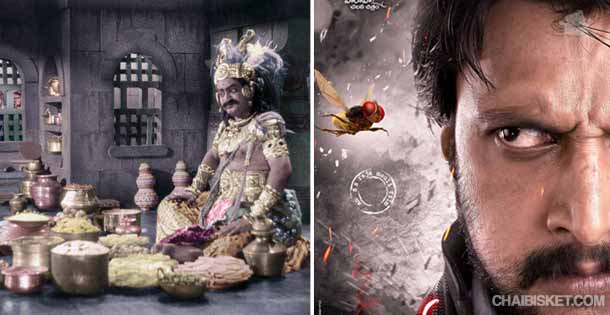 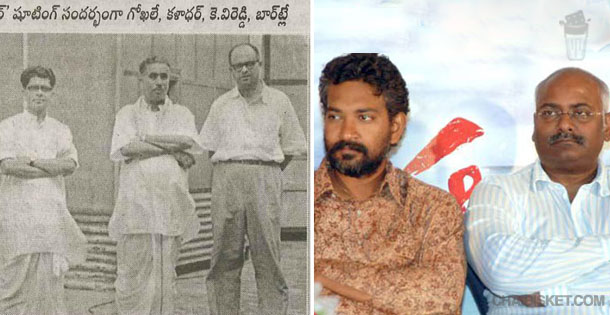 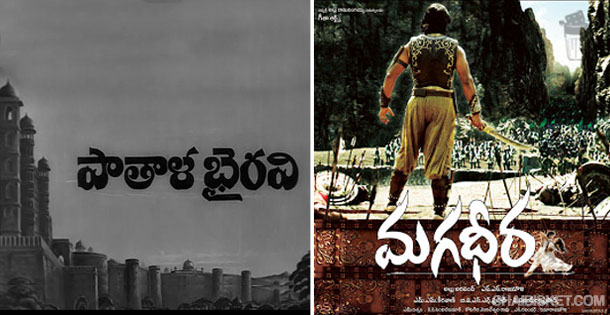 Irrespective of its fate at the box-office, Bahubali will be a ground-breaking film for the sheer audacity and determination Jakkanna displayed in making it. It is no ordinary feat to pull off, and that is precisely why Rajamouli took it up. You aren’t called the Master for no reason, are you? 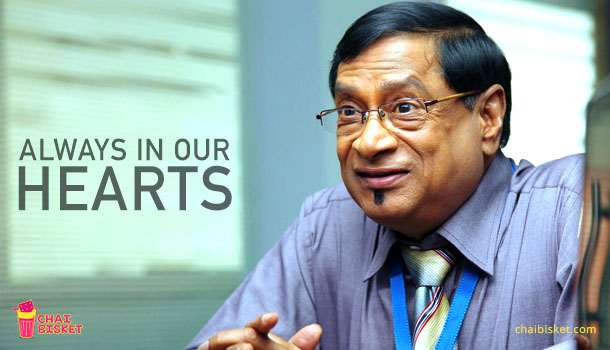 These 8 Reasons Prove That M.S Narayana Has Never Left Us!