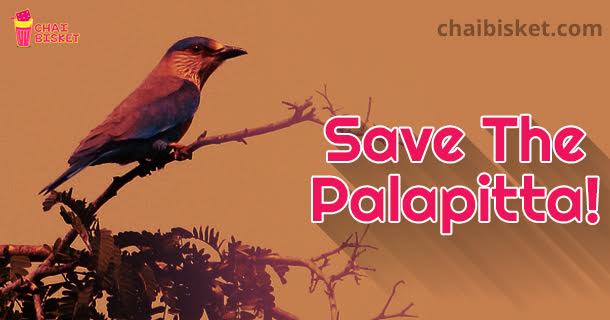 What is Telangana’s state bird, you might be thinking, or not, if you are not as dumb as me, because I didn’t know until a few minutes ago. Anyway, Palapitta [blue jay or white roller, in English] is Telangana’s state bird. Why wouldn’t it be? It’s petite, harmless, and important player in the environment game. As a bonus, it is also pleasant to look at, with its blue and brown hued feathers. 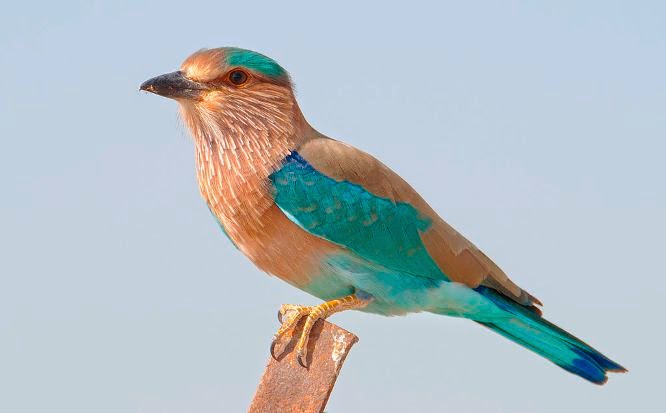 Why do those birds hate Dusheera? I don’t know. I don’t speak bird. Although, it’d be awesome to be able to speak bird-language, right? I’d never speak to a human after having a conversation with a bird. If they want to fly, all they have to do is wiggle their wings. If we want to fly, we can try but we will die. Don’t say airplanes, because that’s not flying.

Anyway, Dusheera is a great time for the people of the state where they meet relatives and eat mouth-watering delicacies, but not so much for these birds. There is a superstition that Palapitta is sacred for Lord Vishnu, and sighting one on Dusheera brings good luck. So, people used to go out in groups searching for one while having a great time. All this sounds amazing, until capitalism comes into play. Now, money-mongers are trying to capture these birds in advance to get money in exchange for a viewing. They either cut their wings or glue them to their bodies to stop them from flying. Most of them die before Dusheera and the ones that survive find it hard to live once they lose the ability to fly. 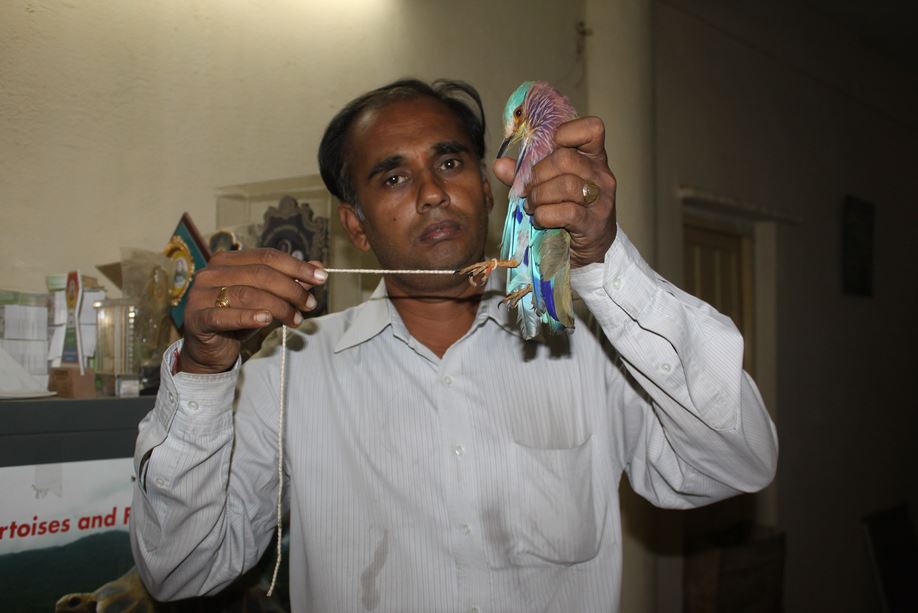 What can we do to stop this?

That’s where the happy ending’s at. An organization named Human Society International (HSI) launched a school awareness campaign that teaches kids about this little bird and its ecological importance. As a result, more than 300 hundred students were moved to sent post cards to the CM of Telangana urging him to do something against this cruelty. Dusheera is near, so we will know whether it worked or not. I’d do anything those kids ask me to; you should too KCR sir. Look at their faces and more importantly look at the bird. 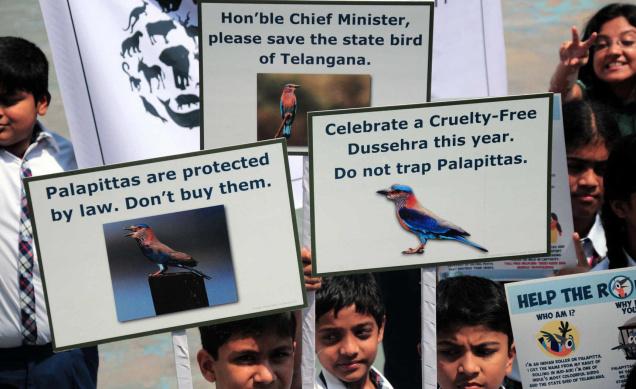 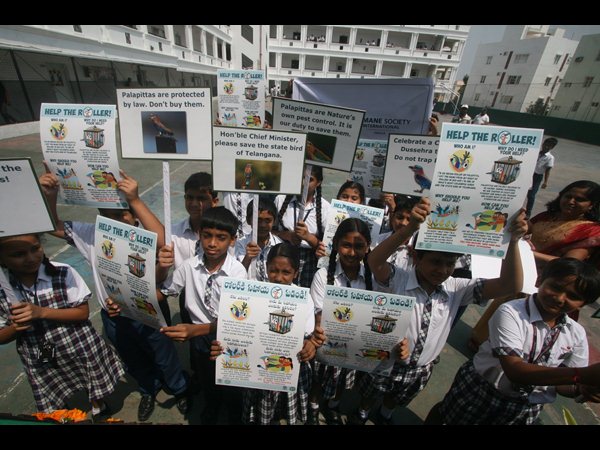 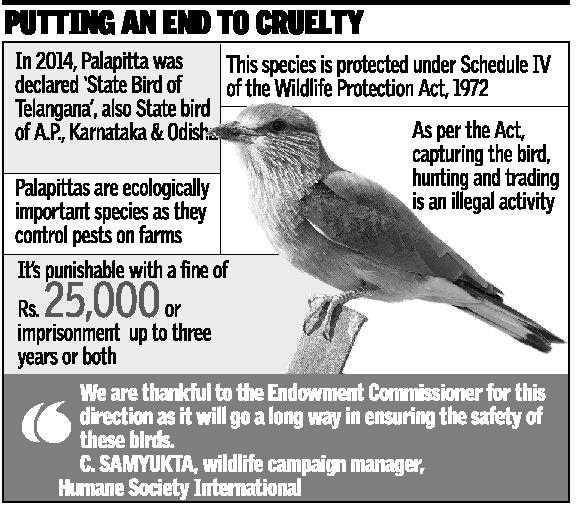 I know we all have our problems to deal with and the pains of a bird aren’t going to make our priority lists, but it should. Why? Because we don’t get to say that our life is more important than any living being’s life. Why? Because it isn’t. 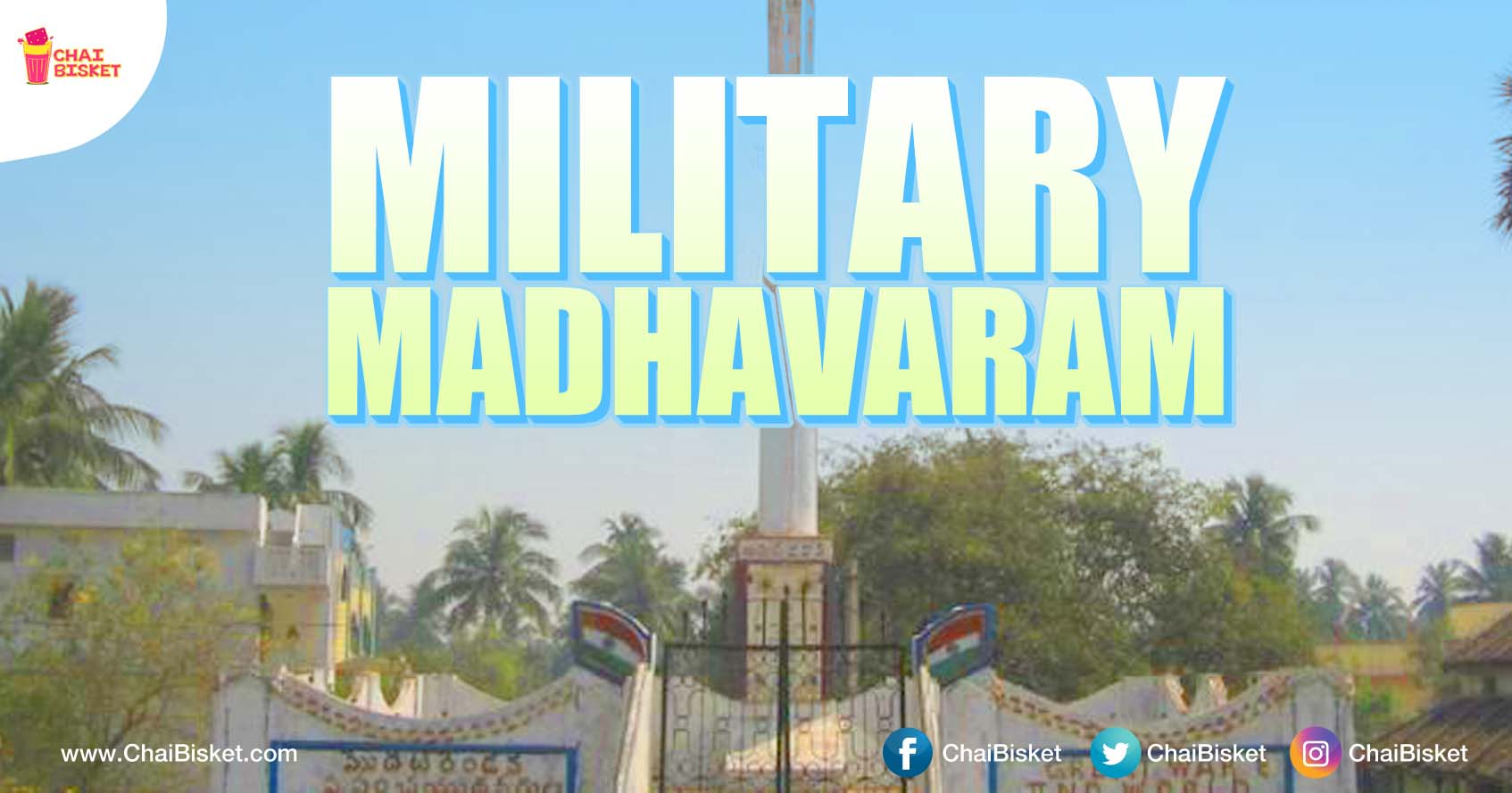 The Reason Why 'NSNI' Team Chose This Small Village For Audio Release Will Make You Respect Them!