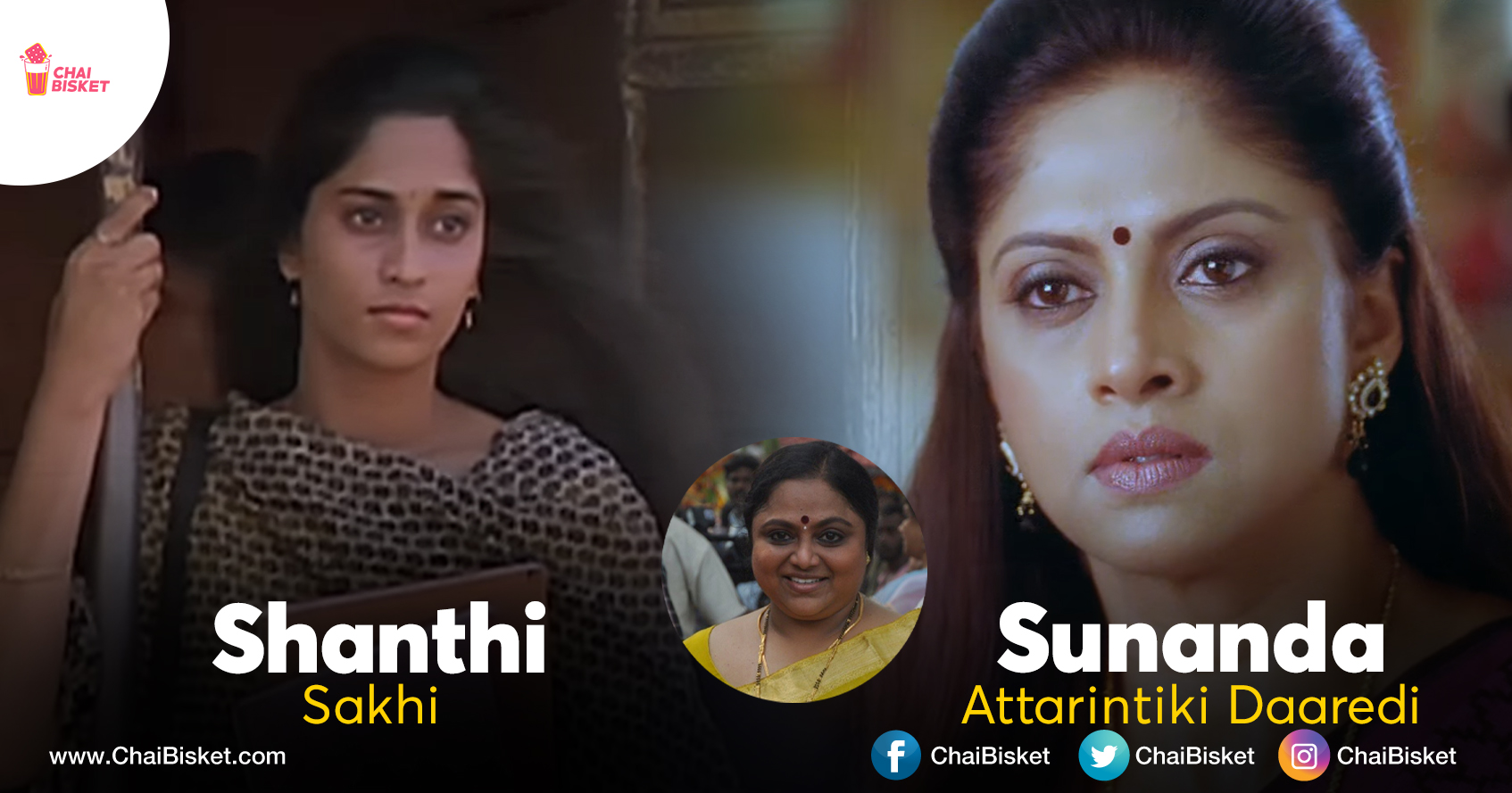 Telugu folk might always remember her for her unforgettable role in Maro Charitra, the eternal love story from K Balachander. Remember her as the villain in Mahesh Babu’s Arjun? this tweet series is on something else. Saritha is more known for her voice offscreen than her presence on screen. In her career spanning several decades, she has lent her voice to so many actresses in the Telugu movie industry which have left all us in awe. The list in just unbelievable.

1. Radha – Subhalagnam
Remember Aamani from Subhalagnam? The money hungry housewife with her wisecracking and constant insults, finally ends up “selling” her husband to Roja. Who do you think voiced this character to perfection? Saritha

2. Neelambari – Narasimha
Remember Ramya Krishna, as Neelambari in Narasimha? The arrogant antagonist consumed by her infatuation with Rajnikant which morphs finally into an all consuming fire? Who voiced her? Saritha

5. Jwala – Chantabbai
Remember Suhasini as Miss Jwala from Chantabbai? The confused working woman who gets caught in the middle of a murder in this comic caper. Who is the voice behind her hesitance and confusion? Saritha.

6. Mayuri – Mayuri
Remember Mayuri Chandran from Mayuri? The role which immortalised her in this epic struggle against a physical handicap. Who is the voice behind that pain and success? Saritha.

7. Uma devi – Gharana Mogudu
Remember Nagma from Gharana Mogudu? The arrogant businesswoman who matches word to word, and sometimes dominates Chiranjeevi also. Who is the strength behind that arrogance? Saritha.

8. Bhanu – Anthahpuram
Remember Soundarya from Anthapuram? The city girl who gets sucked into the power plays of local feudal politics, terrorised in madness by the violence she witnesses. The voice behind the hysterical Nandi award winning performance? Saritha.

9. Bhavani – Ammoru
Remember Soundarya as Bhavani from Ammoru? The pious devotee of the local goddess who is crushed in the middle of an epic battle between good and evil. The devotion in her voice? Its Saritha.

Remember Shalini from Sakhi. The gentle hesitance in her tone as she weaves romance, longing and separation with her few words. Who is the voice behind this immortal character? Saritha.

11. Hema – Aapadbandhavudu
Remember Meenakshi Seshadri from Aapadbandhavudu? The protagonist who struggles with the worst hell in the world. Who gave the pain behind this voice? Saritha.

14. Jhansi – Stalin
Remember Khusbhu from Stalin? The elder sister who holds her own against the Megastar in this movie? The voice of reason her is actually Saritha.

15. Divya – Prema Desam
Remember Tabu from Prema Desam? The heroine caught between two lovers. Tabu’s beauty is matched only by her voice. The voice? Saritha.

17. Sunanda – Attarintik Daaredi
Remember Nadiya as Sunanda Shekhar from Attarintiki Daaredi? The strong self made woman who prefers to break rather than bend. The powerful acting of Nadiya is all because of her voice. Here again we have Saritha

I could go on. The list is endless. In a career spanning almost 4 decades, Saritha has been the unknown force behind these protagonists. We remember each of these characters for the way they spoke, laughed, cried and fought. Its all Saritha, all along. 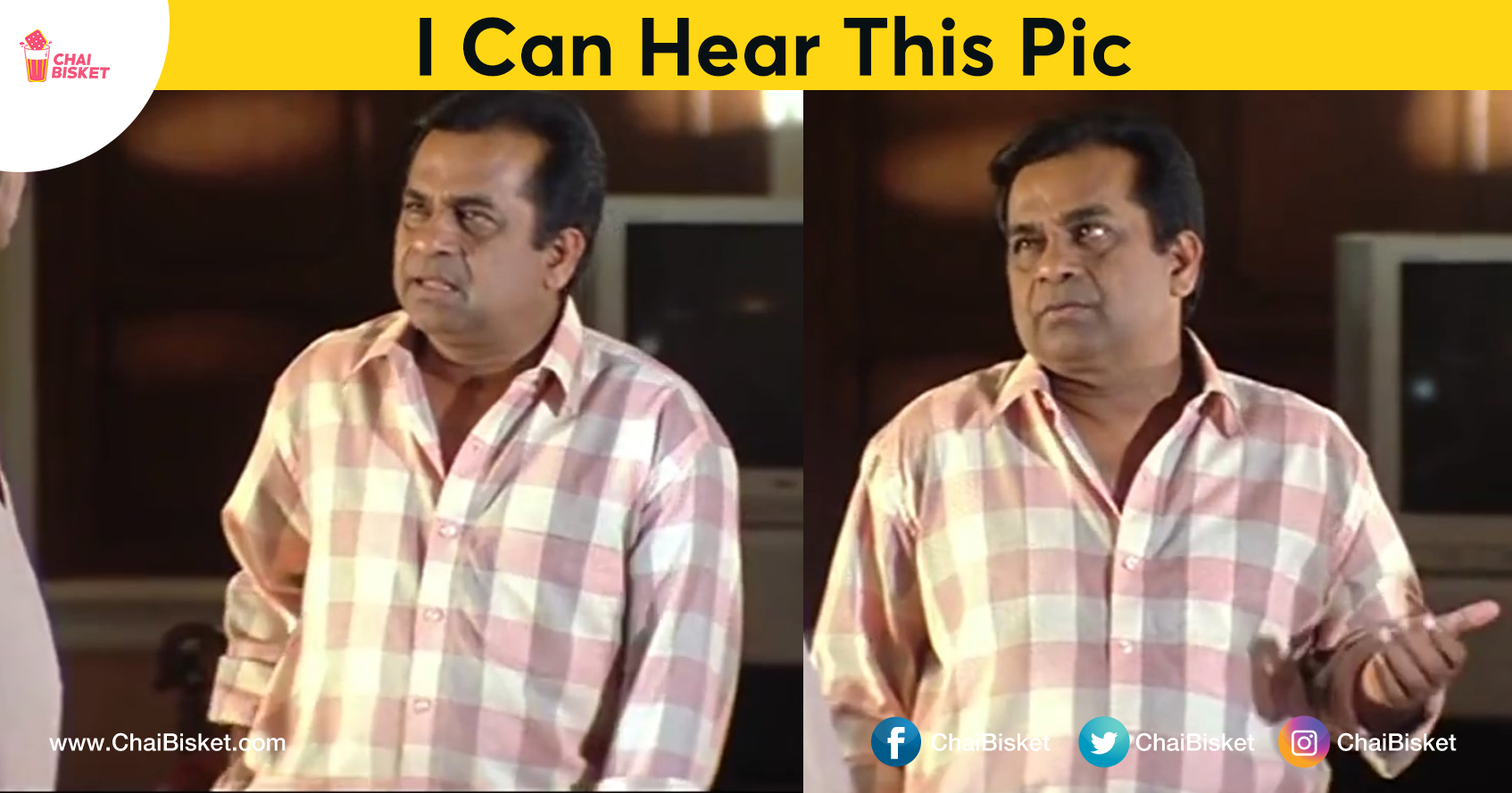 Athadu Meme Movie: We Arranged The Entire Movie In Meme Templates. Do You Remember All The Dialogues?