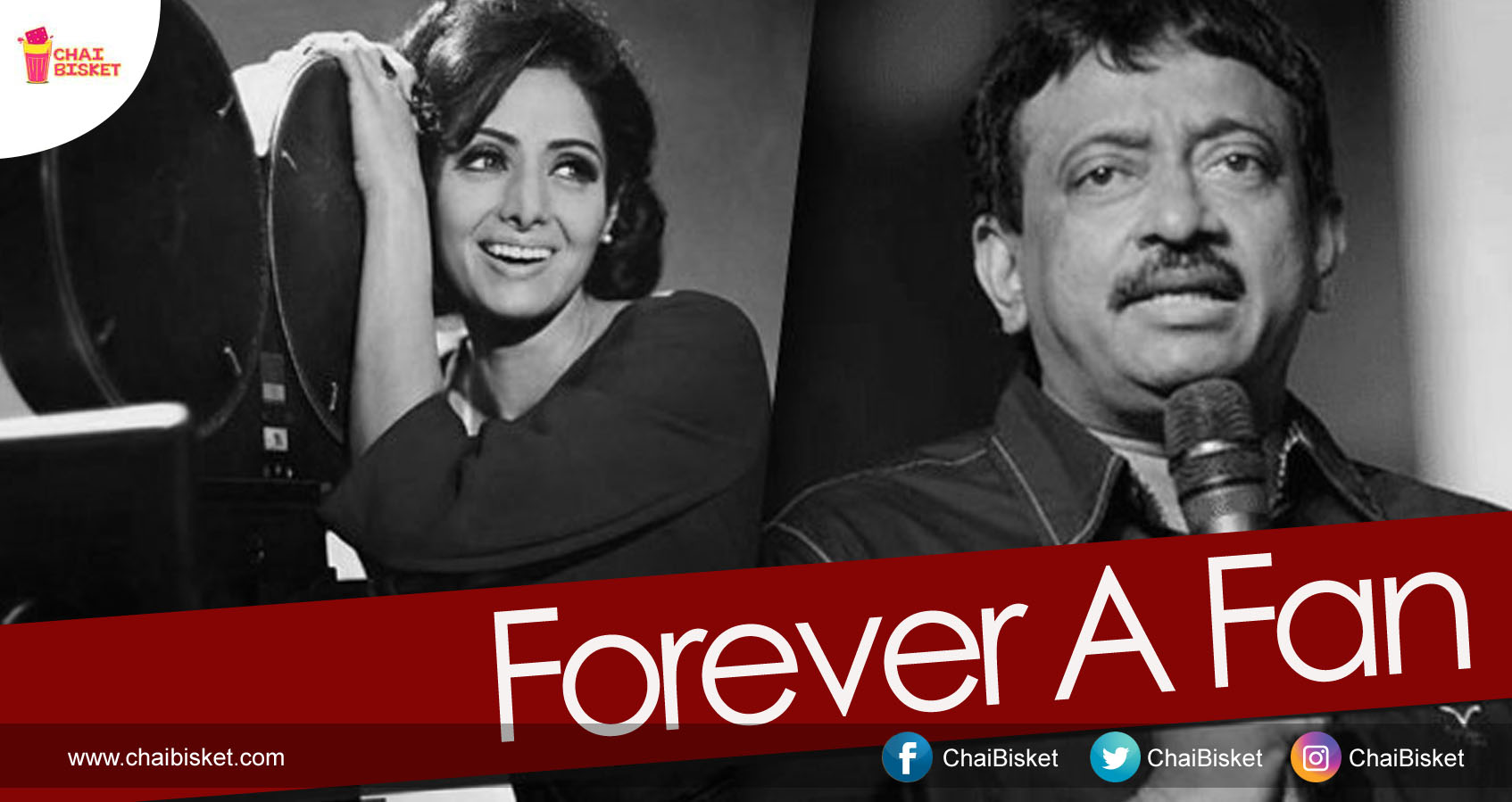 MY LOVE LETTER TO SRIDEVI’S FANS

YES like millions of you,I too believed that she was the most beautiful and desirable woman ever and we all know that she was the biggest super star of the country and ruled the silver screen as a main heroine for more than 20 years

But that’s just a part of the story. However shocked and sad I feel about Sridevi’s death, it’s finally once again a rude reminder about how unpredictable, cruel,fragile and mysterious that both life and death are.

After her death ,more than you all there is definitely much more for me to say than what most people are saying now about,how beautiful she was, what a great actress she was, how her death affected them, ” RIP”s etc etc

That’s because I had an opportunity to be close to her in the course of my two Films with her Kshanakshanam and Govinda Govinda. Sridevi’s life is a classic case of how a celebrity’s persons actual life is completely different from how the rest of the outside world perceives it.

For many, Sridevi’s life was perfect . Beautiful face, great talent, seemingly stable family with two beautiful daughters. From outside everything looked so enviable and desirable… But was Sridevi a very happy person and did she lead a very happy life?

In those days actors used to be only paid in mostly black money and due to fear of tax raids her father used to trust friends and relatives and everyone of them betrayed her the moment her father died. Coupled with this the ignorant mother made many wrong investments in litigated properties and all those mistakes combined made her almost penny less by the time Boney came into her life

Her mother became a mental patient because of a wrong surgery on her brain in USA and somewhere along the way her younger sister Srilatha eloped and got married to their neighbours son. The mother before dying put all properties in sridevis name but her sister put a case on Sridevi claiming that her mother was insane and not in her senses when she signed the will

In this entire period except for the short glimmer of English vinglish Sridevi has been pretty much an extremely unhappy woman. The uncertainty of the future,the ugly turns and twists in her private life left deep scars in the super stars sensitive mind and there after she was never at peace.

She went through so much in her life and due to her early career entry as a child artiste,life never gave her time to grow up at a normal pace. More than the external peace, her internal mental state was of a high degree of concern and this forced her to look at her own self .

he was the most beautiful woman for so many people. But did she think she was beautiful ? Yes she did ,but every actresses nightmare is age and she was no exception. For years she was doing ocassional cosmetic surgeries the effects of which can be clearly seen

She always came across as a little uptight but that’s because she built a psychological wall around her as she was scared of anybody to really see what’s going on within her. She was panicky about anybody knowing what her insecurities were.

Not because of her fault, but because she was thrust with fame from a very young age it never gave her a chance to be independent and be what she could really be and what she really wanted to be

She had to put on the make up and be somebody else not just infront of the camera,but also to put a psychological make up to hide her real self behind the camera.

She was being constantly directed by the motives of her parents,her relatives, her husband and to an extent even her own children .. She was scared whether her daughters would be accepted or not like most star parents do

Sridevi is actually a child trapped in a woman’s body ..she is naive as a person, but suspicious because of her bitter experiences which is not a very good combination . Keeping the speculations on her death aside I generally don’t say ” Rest In Peace” after people die, but in her case I want to really say this because I very strongly believe that she would finally and truly rest in peace now for the first time in her life because she died

From my personal experience with her, the only time I ever saw her in peace was in front of the camera that too only between Action and Cut ..That’s because she could cut off the harsh reality and escape into her own fantasy world

RIP Sridevi, but I assure u that the world won’t rest in peace for doing this to you

We the fans and your near ones have given you only suffering by making you slog in every which way ever since you were a child but you gave us only joy and happiness. Yes it’s not a fair deal but it’s too late to do anything now.

I now have visions of you flying like a free bird across heavenly land scapes with true peace and happiness in your eyes. 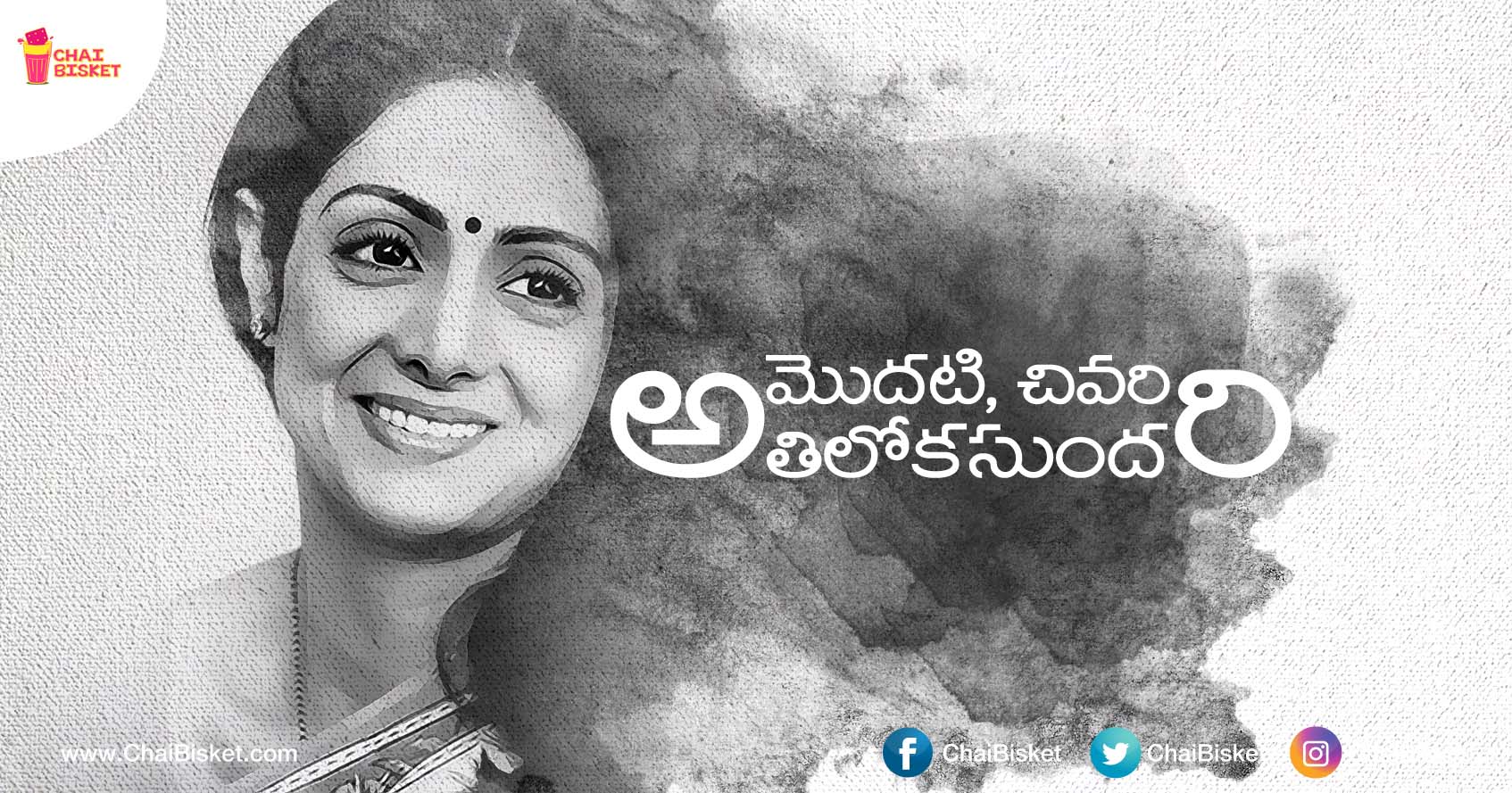 10 Unforgettable Performances By Sridevi That Shot Her To Superstar Status Among Heroines!