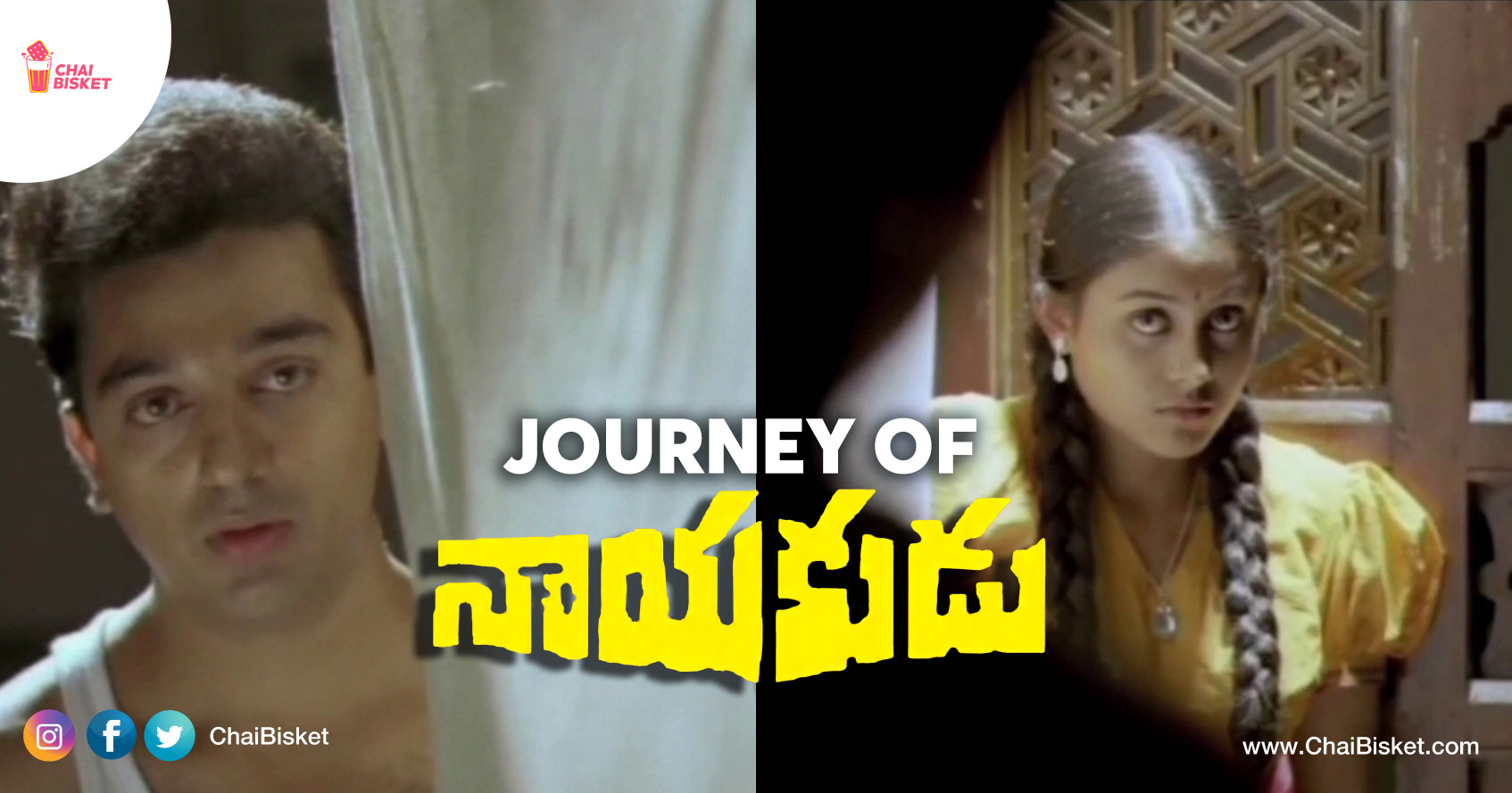 This is a line from the famous song of this movie – ‘నీ గూడు చెదిరంది’. But not just that. This is how exactly one feels after watching Nayakan/Nayakudu. Time freezes as we are left speechless and we start owning the story piece by piece.

Nayakudu (Telugu version of the Tamil movie Nayakan), was released back in 1987. Directed by Maniratnam, Music by Ilaiyaraaja, starring Kamal Hassan and Saranya in the lead.

I came across an opinion about this movie where it was known as the ‘best gangster movie’ back in 80s and 90s. That really surprised me. Because, though I found the ‘gangsterism’ as a part of the movie, the fact that, it was the main takeaway item for the audience to label it as a gangster movie was not convincing enough. That tag was appropriate during the times of 80s and 90s maybe. But for me, Nayakudu is a larger-than-life story that finally conveys that life comes in a full circle.

Nayakudu is a complete life story of the protagonist Velu Naicker – from his teenage to his old age. It is a story that shows how a man’s choices (actions) and consequences that come along (reactions) shape a man’s life in nothing but a karmatic way.

On the occasion of Mani Sir’s birthday, let us revisit this classic and take a look on how various aspects are touched in this film:

In the opening scene, Sakthivelu is shown as a teenager caught by few policemen to know the whereabouts of his father who is an anti-government trade union leader. While Velu lies that he has no clue about it, the policemen let him go but they keep an eye on him. When Velu goes to their hiding place, his father is shot dead by the police right in front of him. Minutes before he is dead, Velu, in a baffled state asks his father, “What is wrong in being a trade union leader? Why are the police in search of you?” Later in the night, while Velu lights the body of his father on the pyre, the policemen arrive to take a look at the ritual. In a fit of fury, Velu grabs a knife from a man beside, stabs the policeman who shot his father and runs away.

Mani sir addresses the issue of how the trade union leaders’ voice that is raised for the self-protection of their rights is ruthlessly suppressed, for whatever unrighteous reasons it could have been. He opened the movie with this scene for a reason. It is the most triggering incident of Velu’s life. The life-changing one. The incident that made him run away and become the Velu Naicker of Mumbai in the future.

Velu is rescued and raised in Mumbai by Hussain bhai, a local fisherman. He is poor and good-natured. Selfless in helping the people of his slum. But he also helps the smugglers in loading, transporting and unloading of goods across the sea shores.

Only with an intention to earn some extra money. That would either feed them or help others.

Velu asks him, if getting involved in these illegal activities isn’t wrong? For which Hussain Bhai replies – ‘No Velu. This isn’t wrong. Anything that can help others isn’t wrong.’

Another triggering moment of Velu’s childhood that makes him ‘the people’s leader’ as we move forward. The idea of going to any extent to help the people around him. Also on the other side, as the story progresses, we see how this very same idea causes some great losses to Velu Naicker’s life because of not knowing the right and wrong means of standing by his people. Mani Sir convincingly conveys to the audience that, Velu is also going to choose the same moral path in the future.

The most beautiful part of this movie is the desolated Velu finding his love in Nila – a schoolgirl trafficked into prostitution.

In a story like Nayakudu, characterizing the lead lady as a clueless victim of human trafficking must have been the most path breaking decision taken by any filmmaker back in the 80s. Kudos to Mani sir’s conviction for so openly addressing this existing brutality.

The introduction scene of Nila, with the soul stirring background score by Ilaiyaraaja and the beautiful lights of P.C. Sreeram will leave you teary-eyed.

As Velu enters her room, Nila who’s nervously holding on to the bed-frame asks if he can finish his work early and let her go. Velu reluctantly asks her, if it is because she could earn more money outside. For which Nila replies, “No. I have my math exam tomorrow. I will be able to study if you would at least allow me to go by 1 am.” Moved by her response, Velu asks her to go and study. He sits there on the bed, admiring her innocence and cursing her plight.

The ‘Frame’ work – Next morning, Velu opens the door and the sun rays flash on Nila, who is seen asleep on the floor studying all night.

Significance – Velu’s entry into Nila’s life is nothing but light. There is no room for darkness in her life anymore.

Nila is a character of few words. But her world is as dark and deep as Velu’s. And this fact is brought to us by a remarkable scene in the movie –

When Nila sees Velu attempting to talk to her about her math exam, she tries to walk away quietly. Velu asks if it is because she didn’t like him. Nila denies. Her reply and expressions leave us in absolute tears. “I am scared to talk to you…because I might cry…I might fall on your feet and start crying (starts weeping) I just told you, isn’t it?!” She breaks down. It is like, both her gratitude towards him and her horrifying predicament have found a place to reach and rest. This is the first ever time someone has spoken to her compassionately. Her lava of grief finally erupts on Velu’s shoulder. Both of them unite in a happy marriage.

In a scene after Nila is killed by Velu’s rivals, he sends his kids Surya and Charu away, to a different place for their safety. When Charu hugs Velu and boards the train, she asks

– “People are saying that Amma has died because of you. Is it Dad? Tell me…Is it true?” Velu has no answer. He stands in silence with tears in his eyes. Perplexed, pained and repented.

Velu never got the answer from his father if being a union leader is wrong. So, he never understood that not only people’s objectives but also the means to achieve those have to be fair and rightful. All he knew was to help and stand for his kin. No matter what. In this pursuit, he loses everyone – Nila is killed for revenge. Surya dies in an accident when he decides to deal a case on behalf of his father. Charu disowns Velu as a father as she feels he is the one responsible for the death of her mother and brother. But he doesn’t stop. He stays committed to his beliefs and to the people who look up to him.

Years later when Velu is arrested and produced in the court by a newly appointed ACP, it is revealed that Charu is married to the same cop. On his way to the court, Charu introduces her kid to Velu. The child asks him, “Why are you taken by the police? Are you a good man or a bad man?” Velu sobs and says, “I don’t know.”

Mani Sir leaves it unanswered. Because good and bad, right and wrong are very much subjective in nature. It is an open-ended question left to the audience to fill it as per each one’s insight and discretion.

This movie is entirely backed by the background score of the heart-touching song – ‘Nee goodu chedirindhi’ (Thenpandi Cheemayile in Tamil). As the story unravels, the song helps in narrating the tale with beautiful lyrics written by Rajasri garu and Vennelakanti garu, staying apt as per the scenes. And obviously, with the soulful

Raja sir’s music. Whenever it starts playing in the background, it has empowered each and every scene with a different level of enhanced emotion.

Mani Sir has left the judgement of Velu Naicker’s morality to the audience. But can he leave the movie unfinished? How does someone end a story like this? Legal punishment? Natural Death? Or a hunky-dory happy ending?

As per an article published by the Times of India in 2015, Nayakudu was based on the then Mumbai don Varadaraja Mudaliar. But the plot was adopted from Mario Puzo’s ‘The Godfather’. Maniratnam has met Mudaliar in Mumbai to write the climax of this film. He asked Mudaliar about how he anticipates his end. To which Mudaliar said, that he would die peacefully in a hospital. He also said that, if nothing can be proven against him in the courts, then he might die in riots and violence that cops might create. This helped the story to end well by all means.

In the initial times, when Velu was not around, Hussain Bhai is arrested by a cop named Kelkar and is killed by him in custody. Outraged by knowing this, Velu searches for Kelkar and murders him. After Kelkar dies, Velu finds out that Kelkar’s son Ajit, is mentally challenged. As someone who faced the trauma of losing his father at a young age, Velu feels responsible for Ajit’s loss and takes care of him and his mother since then as his own family.

Years later on the day of verdict, Ajit discovers that his father has been murdered by none other than Velu, whom he has worked for and looked up to all these years.

Velu is acquitted of all charges against him. As he walks out of the court, smiles at the people celebrating the victory and waves at all of them, he is shot dead by Ajit.

Nayakudu is a film untouched until now. With a runtime of 2 hrs 35 mins, no sequence or song falls out of place. With a steady pace and gripping narration, nothing seems mundane, irrelevant or out of context.

It not only won National awards and various other film awards, but also was well appreciated by the public and critically acclaimed. Its character driven story and story driven emotion stays intact with the audience for a very long time.

Thank you, Mani Sir. For giving us this outstanding piece of art that is being remembered and celebrated by all the film lovers over the years. Wishing you a very Happy Birthday. 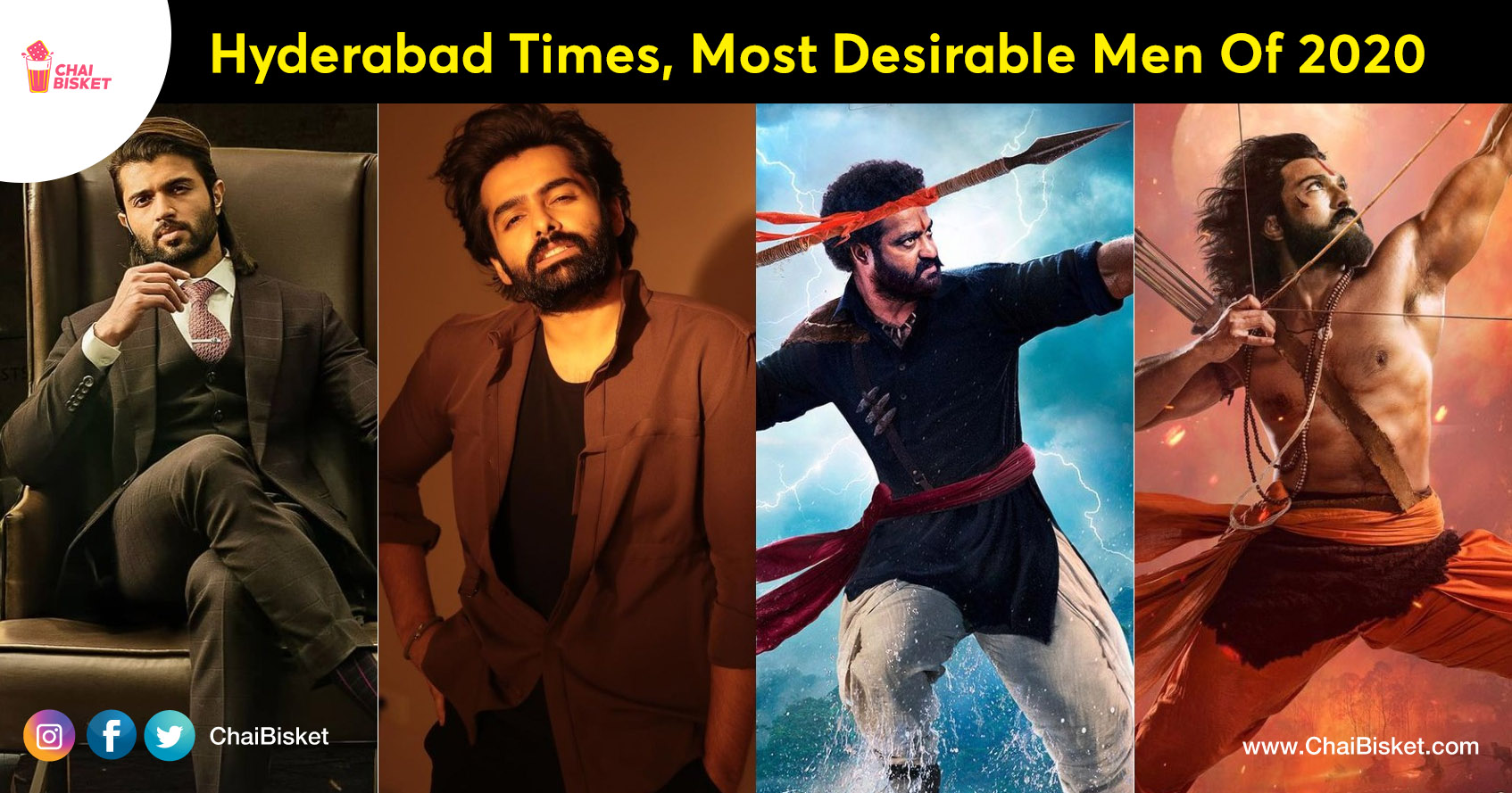