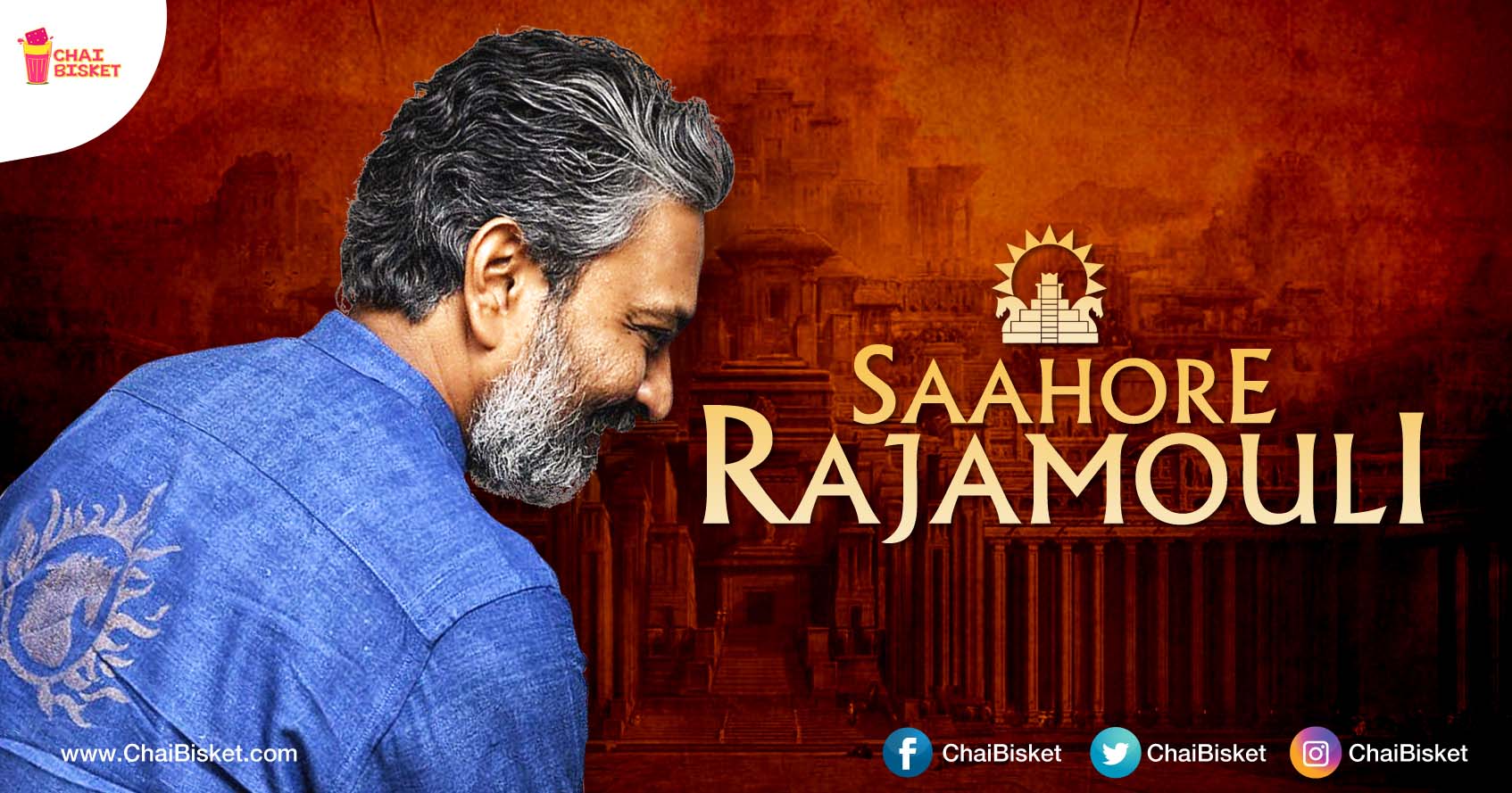 This article is a postmortem of Baahubali, illustrating the ending of the film and also explaining Brilliance of RAJAMOULI sir in using PANCHA BHOOTHAS, RAIN, SHIVA LINGA/SHIVUDU and some other elements as a METAPHOR in his Magnum opus “BAAHUBALI”.

He is a MASTER in delivering perfect EMOTION that the audience is expecting from a scene. It May be the intro of Hero/Villain., Pre Interval elevation, Interval Bang, Climax Etc. Apart from his exceptional Directional skills we also need to talk about his Brilliant skills in Screenplay & Visual Story telling…

Legendary Directors like Jandhyala Garu, Bapu Garu, K viswanath Garu, Raghavendra Rao gaaru, Dasari gaaru etc., they usually treats every SCENE as a “DOT”(.), Connecting all these DOTS/scenes makes a perfect “PICTURE” (just like joining dots to make a line). Yes, each and every scene should be a dot on the eventual story line. The line must then come together in a perfectly tied up story arc. Coming full circle. One of the marks of a masterpiece.

So what’s great in RAJAMOULI?? Whats makes him a genius in story telling..? Come lets discuss it here with BAAHUBALI as one reference..,

PANCHA BHOOTHALU reference:
In BAAHUBALI-1, SHIVUDU promises AVANTHIKA that he will free DEVASANA from her imprisonment. The next scene shows him smashing a pile of EARTH to enter the borders of Mahishmathi.

He then crosses over the burning tree, this is FIRE.

He then jumps into the the WATER surrounding the castle.

He take a leap after climbing over the castle walls. A low angle shows him as though he has leapt down from the SKY/SPACE.

He lands inside the castle and there is a gust of AIR.

This is the moment when Devasena realizes that her son is nearby. The metaphor here is that Shivudu, the untameable crossed barriers created by the five elements in order to reach his destination. The five obstacles he overcame were the five elements.

FIRE as a representation of RIVALRY:
And we already know the fact that when two great opposite forces encounters face to face then there will be FIRE in between them. After the INTERVAL, When BHALLALADEVA interrogates his guards about the person who uttered the word BAAHUBALI. Shivudu. SHIVUDU comes forward and sets fire to the curtains to escape. There is fire around when Bhalla catches a glimpse of Shivudu’s eyes.

Usage of RAIN to Unveil the face of SHIVUDU:
Shivudu looks just like Baahubali. So when Katappa fights with Shivudu, Kattappa shouldn’t able recognize his face. The impact when Kattappa finally sees his face needs to be magical. So, to make this happen, the whole scene is shot at Night time. Since Shivudu is already with a muddy face, there is Rain to reveal his face. Kattappa finally recognizes him as the Son of Baahubali.

Violent shots in silhouette
We all know censor Board asks to CUT scenes if there if there is too much blood shed in a film, irrespective of its importance. Rajamouli sir had this concept in his mind, so he played safe game. When Shivudu cuts off BADHRA’s Head he walks without his head. This shot was made into a silhouette shot. Goosebumps were maintained nevertheless.

The ending of the film.
SHIVA LINGAM/SHIVUDU:
Did you notice the final shots of BAAHUBALI-2
Head of Bhallaladeva’s statue travels all the way across Mahismathi and falls from the waterfalls and reaches the SIVA LINGAM at waterfalls.,
Title rolls with the shot of SHIVA LINGAM. Did u know its importance..??
The journey of Shivudu/Mahendra started in the royal castle. He was pushed down to the tribe because of Bhalla’s thirst for power. He grows up there with a desire to climb the gigantic waterfall. Years later, he never seems to be able to do it. Then one day enter the wild sage, who proclaims that “Sivayya ki thala thanaalu cheyyisthe anukunnadhi jaruguddi..”. Shivudu who doesn’t fully understand it then decides to ensure that the Shiva lingam receives ‘thala thanaalu’ perennially.

The wild sage is shocked but doesn’t stop Shivudu. He decides to let the event play out.

Here is where the story begins. Shivayya decides to send Shivudu on his life’s purpose. Shivudu then finds a mask which turns into the inspiration he needed to make the almighty jump. Here too, he sees his beautiful imagination welcoming him from across the gorge, he jumps to try and reach her hand. His whole climb up the waterfall is about trying to reach this imaginary girl.

Shivudu climbs up the impossible waterfall and is pulled into events connecting him to his destiny. Once Shivudu eventually overthrows his evil uncle, his proud head rolls down the waterfall, down the same path where Shivudu climbed up in his journey towards glory. Story ends exactly where it began.

There is definitely no denying that SS Rajamouli is a master story teller. 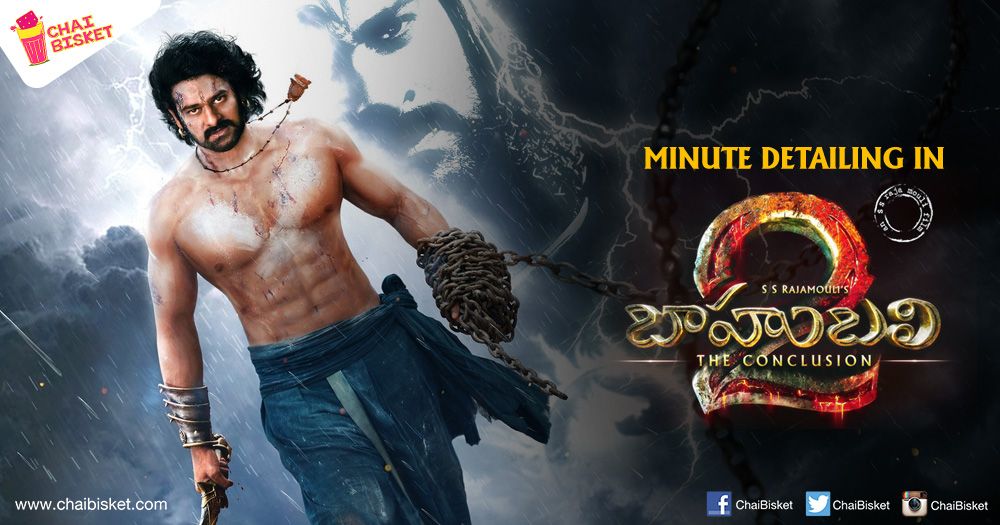 9 Instances Of Minute Detailing That SS Rajamouli Showed Us In The World Of Baahubali!