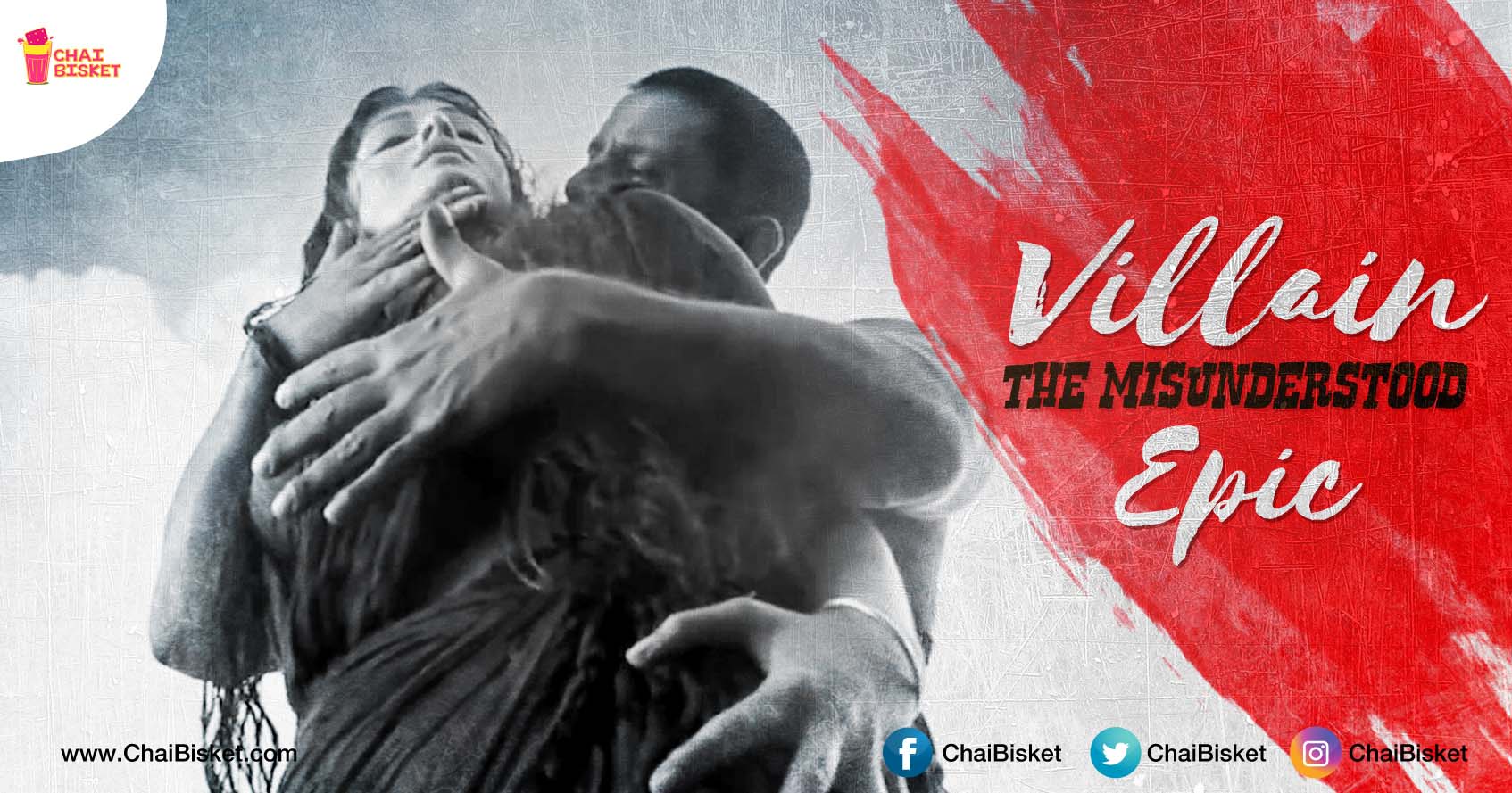 How do I start talking about this epic film? To a lot of us, it is very clear that, Ramayan is the underlying theme in Raavan/Raavanan/Villain. But, to a very few, it is not known. But, I realized that, knowing the underlying theme or not knowing it does not affect the experience in any way if you’re not watching it clearly. Raavan is that film which requires a lot of concentration and a lot more serious viewing. Because, in here, more than Ramayan, the three characters of Ram, Raavan and Sita are explored. Explored to a greatest extent. Explored in an unexplored format. And explored more than beautifully. I’m aware of the fact that, this film did not do well at the BO. I’m not even arguing about that. All I want to share is our immature way of looking at a cinema. Raavan, as a film, opened up my mind on how to watch something that is told to me so many times. It actually changed the way I look at films. Because, Raavan has a perspective of MR’s own. He narrated a new story from an old story.

**In this article, I just want to talk about the characters of Ram, Raavan and Sita. Because, I need a lot more experience to talk about Villain as a whole film.**

So, the movie opens up with this visual. Veera/Beera standing on a hill top.

He pushes a small stone into the river that is flowing underneath.

Intercuts happen between Veera jumping into the water and police people being attacked by Veera’s followers. And immediately Raagini is on a small boat. An eagle lands on Ragini’s boat and Ragini just stares at it. Then, a bigger ship comes closer to this boat and the shadow of that ship is on her face. Her face is occupied by the shadow and the Ship hits the Boat. After she is kidnapped, the very first dialogue she utters to Veera and his people is “Naku nuvvante Bhayam ledu”. Not only that one instance, there are so many scenes in which she says that, she’s not scared of Veera. Look at this visual.

Veera holding a gun in out focus and Ragini’s face in the background. Let me tell you the reason for mentioning all this in detail. Raavan/Villain is all about that shadow changing its place from Raagini to Veera, gun changing its position from Veera’s hand to Raagini’s and Veera jumping off the same cliff he was first shown standing. Take a look at these images.

MR tried to tell us that, Ram and Raavan are equally powerful. To justify that, he reveals the backstory of both the characters that led them to the opening sequence through intercuts. Dev, driving his jeep goes back to the first day of work in that city. Through his perspective, Veera is established. All the bad deeds Veera had done and his reason to arrest Veera. That one and half minute sequence is shot and cut very interestingly. The camera movement is so subtle. When Dev starts off to reveal the crime history of Veera, camera movement is slow. When he goes on with the narrative, camera movement gradually catches up speed. That camera movement alone is enough to establish the intense rivalry between a cop and a criminal. Simultaneously, it establishes, Dev as the good guy and Veera as a bad guy. But, not to forget, both are equally powerful.

In this film, MR did not want to tell Ramayan in that exact setup. He just wanted to talk about the grey side of Ram and White side of Raavan. Though, we all know that it is not true, he still wanted to put forward that perspective. But, why? I think that is what a poet does. Talking about the dark side of the light and the bright side of the night. And after having that clarity, just look at the way he took these characters to the end.

Ram – Dev – Prithvi Raj :
So, I told you that, MR wanted to explore the dark side of Dev’s character. But, how do we reach the dark side without being really dark? I think, it is possible only by taking that character and dipping him in the white, slight grey and complete grey cups. Because, that way it is gradual. It is convincing. It looks like a story being told. To mark those three color cups, there were few scenes. Talking about the white, he is introduced as someone who is strict and sincere at his job. In fact, throughout the film, he’s on duty. Sincere and honest. To add to that, remember the scene where he interacts with the guy who piloted the boat? This one. He asks him about Raagini. He even offers him water to quench his thirst.

But, when the movie flows, he reaches a similar situation where he come across another guy with one hand cut, to guide them to Veera. Just look at the way he behaves with him. His hand was cut and put in the other one. Yet, this “White” Dev will not be bothered about his pain. The first question he asks is about Veera.

See the shift in there? That shift from asking about Raagini to asking about Veera? That shift from white to partial grey? That is what I call as cinematic magic. After this, he goes on to explore the grey part further. To justify his shift to complete grey, there is a scene where he kills the messenger of Veera. That shapes Dev in to a full-grey-man. Take a look at this.

Not only this, even the way Veera grows on Dev is so artistically told. Just look at this scene once again. In this, Dev holds the photographs of Raagini and Veera and turns them around. It gradually catches up speed. And finally stops at Veera’s photo.

That brilliantly and poetically reveals Dev’s state of mind. It says that, more than his wife being kidnapped, he is occupied with Veera. Now, if Ram is not worried about bringing back Sita from Raavan, what makes him god? MR did not say that, this is what has actually happened. But, he tried to see the possibilities in that context. Just took three primary characters and put them in the premise of Ramayan set up his own world.

Raavan – Veera – Vikram/Abhishek Bachchan :
This character interestingly starts off with a grey touch and converts into almost white. Similar to the graph of Dev’s character, Veera’s graph is also so subtle, gradual and convincing. Whenever Dev steps into a grey cup, Veera steps into a white cup. Right before he kills the messenger of Veera, there is this scene. Veera listens to the messenger and is actually ready to let go of his fight/grudge on Dev. That is the only reason for sending that messenger to talk to Dev about the compromise.

Right before Dev inquires about Veera’s stay with Venu (the one-hand-cut guy), Veera avenges his sister’s death. According to him, Venu was one of the reasons for his sister to commit suicide. So, he believed that it is right to take off Venu’s hand. That is his partial shift towards righteous deeds.

And in the opening sequence of the film, Veera orders his men to attack the police. The reason for it is just his natural vengeful attitude. And abducting someone’s wife makes him completely evil.

This graph of the characters is what Raavan is all about. After we’re told that Veera has shifted to a whiter space and Dev to a greyer space, Mani Ratnam wanted to test our intellect once again. In the climax fight, where Veera’s intent is purer than Dev’s, look at the costumes they wear. To our surprise, Dev wears white and Veera wears black.

That brings a lot of confusion to the person who is watching the film seriously. That’ll make him think about the film once again. About the characters and their movements once again. Along with their movement, their thought process. Now, if we try to study an intelligent thought process, don’t you think we also rub-off a little intelligence somewhere along the way? That is what a film should do. Make the audience to increase their standards.

Sita – Raagini – Aishwarya Rai :
More than Ram (Dev), Sita (Raagini) is focused more in the film. After a point, film seems to be talking about the relation between Raagini and Veera and Dev looks like an outsider. That is a very conscious decision in the writing. In fact, Raagini’s character is more like the thread that hangs between Dev and Veera. It just keeps elongating and turning. As this thread turns and stretches, the rivalry between the persons at the opposites (Dev and Veera) increases. Raagini is like a catalyst in a chemical reaction. It boosts up the process. Raagini’s character starts off as someone who is devoted to her husband. Fearless. Independent. In fact, the very moment she expresses her fearlessness to Veera is when he starts to develop feelings on her. Her strength is so much that, it seduced an evil man. When she starts to understand the positive side of Veera, she slowly shifts towards him. It is also very gradual. When Veera expresses his feelings for her on a spinning coracle, notice the costume of Raagini.

She wears a saree of some villager. It marks her shift towards Veera. (There is even a dialogue about the costume in that scene) When, she’s on the verge of loosing the anger against Veera after listening to his story, she goes to a Vishnu statue and asks him for strength. Begs him to give her enough courage to not loose her love towards her husband.

Beauty in that scene is the location and the setup. I’ll talk about that setup and the significance of that scene in a follow up to this article. So, to conclude this character, she shifts from being bold enough to stay strong when she was kidnapped to being scared and sensitive when she’s set free. Such a strange shift.

I know that I didn’t cover a lot from this epic. I even know that, I wouldn’t be able to cover everything about these characters. Because, Raavan is consciously shaped that way. It is intellectual and constantly questions the viewers’ intellect and perception. It is very easy to be disconnected from anything. But, if you stay connected and understand these kind of films, you grow. Grow as audience. Grow as intellectual person. Grow as human being.

Wait for the next article on this Master-piece. 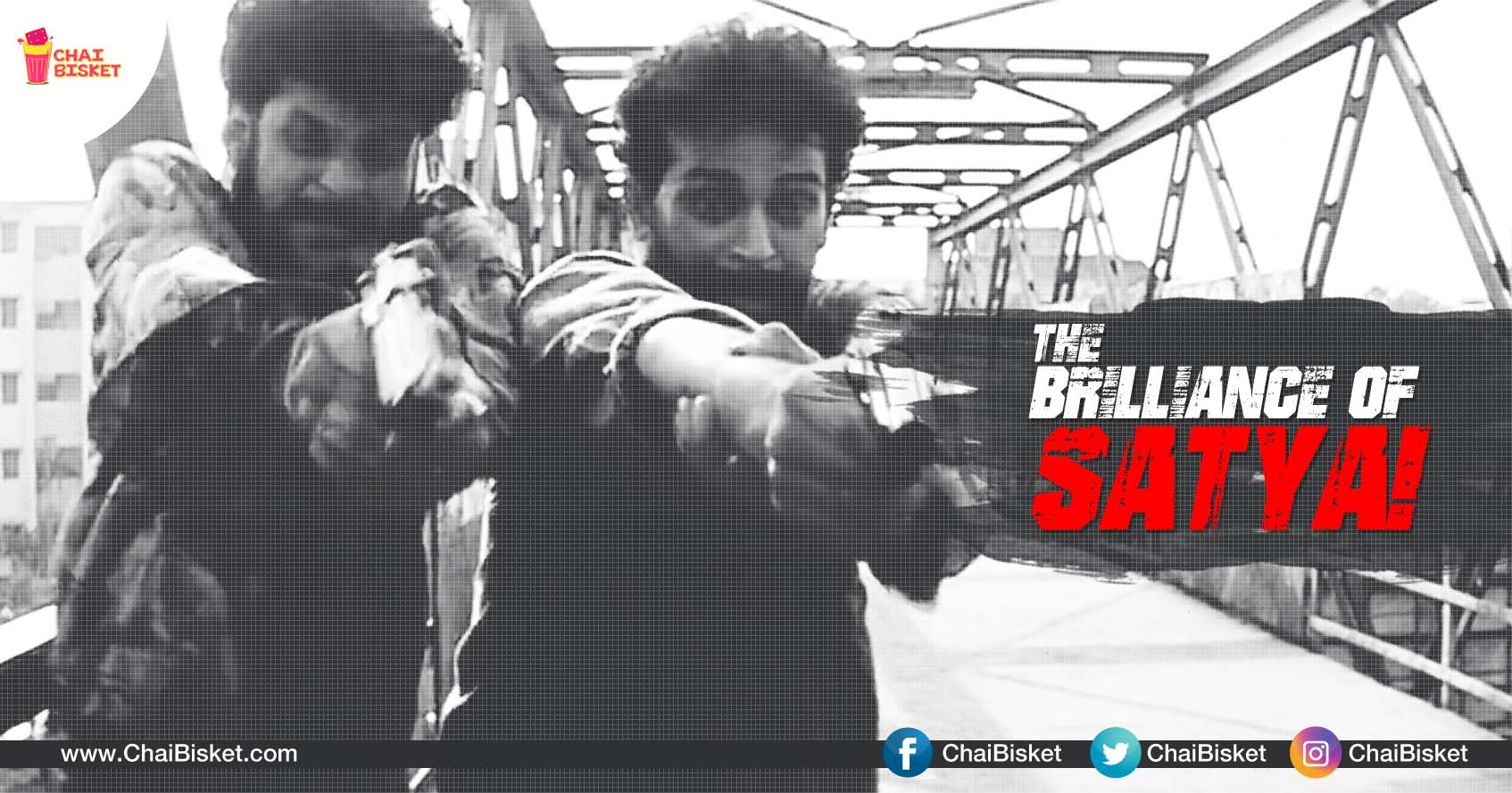 Here’s Why The Brilliant Themes Used In RGV’s ‘Satya’ Make It A Timeless Classic!