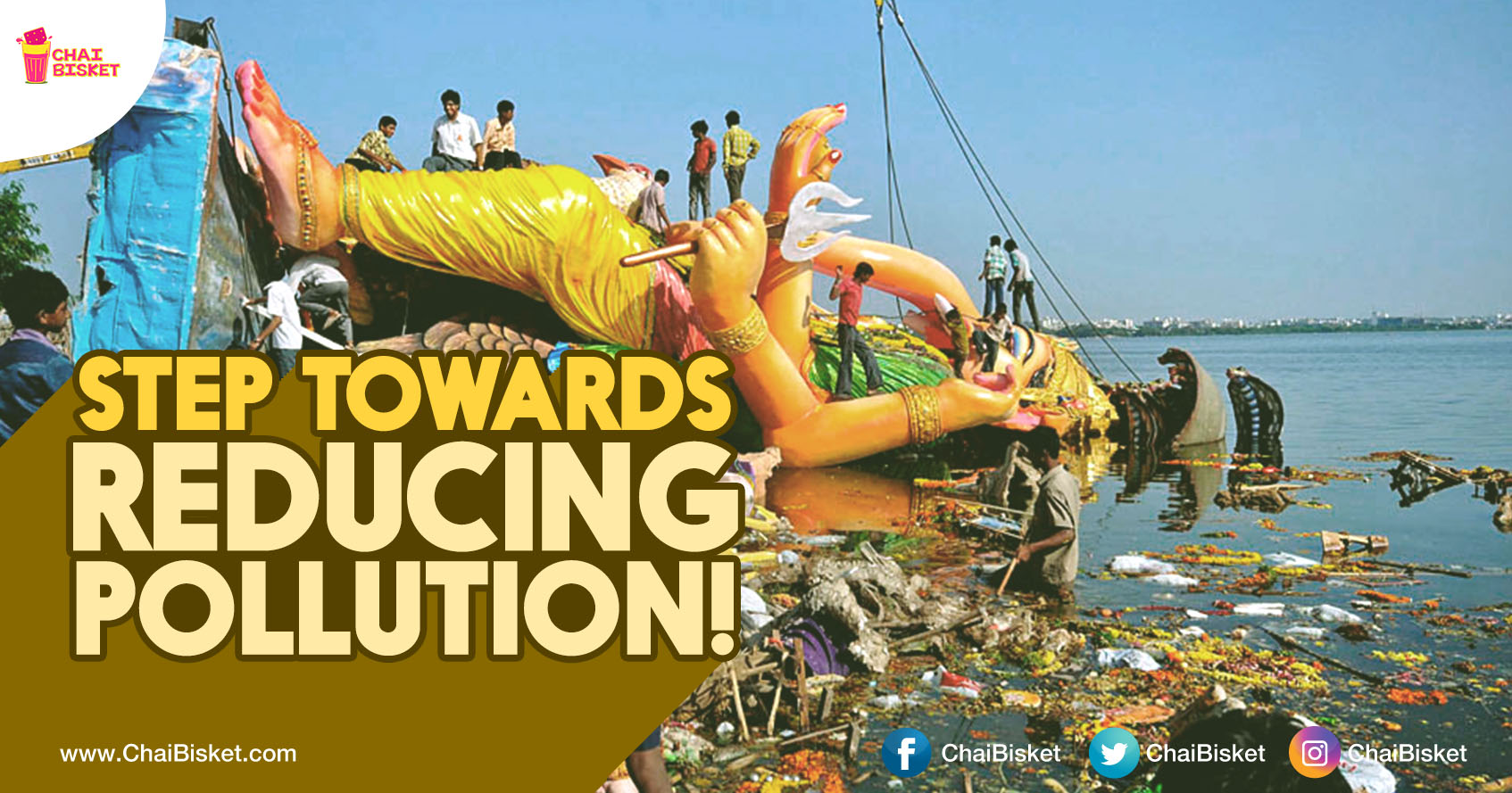 As the ritual of ‘Nimarjanam’ is nearing, the joy of Ganesh Chaturthi is reaching to the peaks. Every year lakhs of people participate in this and it’s not an exaggeration to say that the city takes pride in celebrating the festival with great pomp and perfect rituals. There’s a huge wave of enthusiasm spread around the city during the time of immersion. But what we fail to notice is the amount of pollution that is caused during this. A lot of unwanted wastage is being introduced into the city’s water bodies during this time causing great harm to water as well as aquatic animals. As these idols are immersed in water, they induce a drastic amount of iron, copper, mercury, chromium, and acid into the water. The High Court of Hyderabad has therefore taken necessary steps to eradicate this kind of pollution.

The height of the idol is limited to 15 feet and The Greater Hyderabad Municipal Corporation proactively built 10 immersion tanks in the city last year. Now this year after taking note of the pollutants it built extra 15 tanks adding up to the old ones and making those 25 as a whole. These immersion tanks are based on Bengalore’s Ulsoor lake model. After immersion, water from adjoining water bodies is pumped in and flushes out the pollutants and thereby makes it reusable. This will not only reduce the amount of pollution in Hussain Sagar but also avoid the huge traffic around those areas.

The woman behind “Neknampur’s” immersion tank:
“Madhulika Choudary” who is working with an NGO called “Dhruvansh” is actively working towards preserving the lakes in the city. After last year’s Ganesh Chaturthi she was shocked by the sight of thousands of dead fish floating in the Neknampur Lake near Taramati Baradari. As the NGO is working on cleaning the lake for months, they were aghast by its sight after the festival. This year she didn’t want the issue to repeat again. So, she proposed a plan for the immersion tank near Neknampur, with the help of other NGO’s and Government organizations. Now the 70X70 immersion tank near the Neknampur Lake is one of the biggest in Hyderabad.

This is an extraordinary move by the “GHMC” to tackle the pollution that is plaguing this city and will definitely help in preserving the water bodies in and around our city. 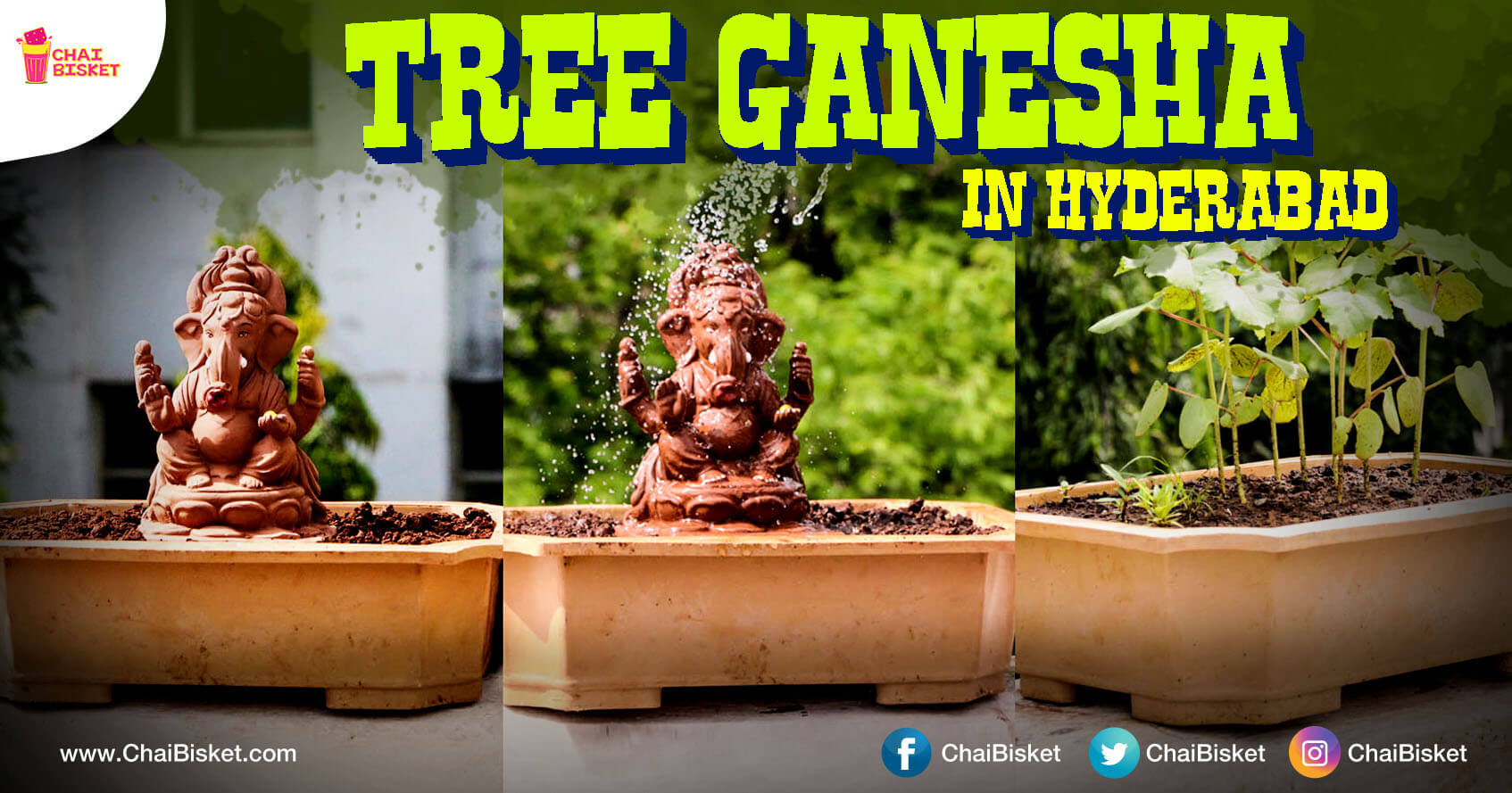 Tree Ganesha, The Latest Trend In Eco-Friendly Idols That We All Should Be Following