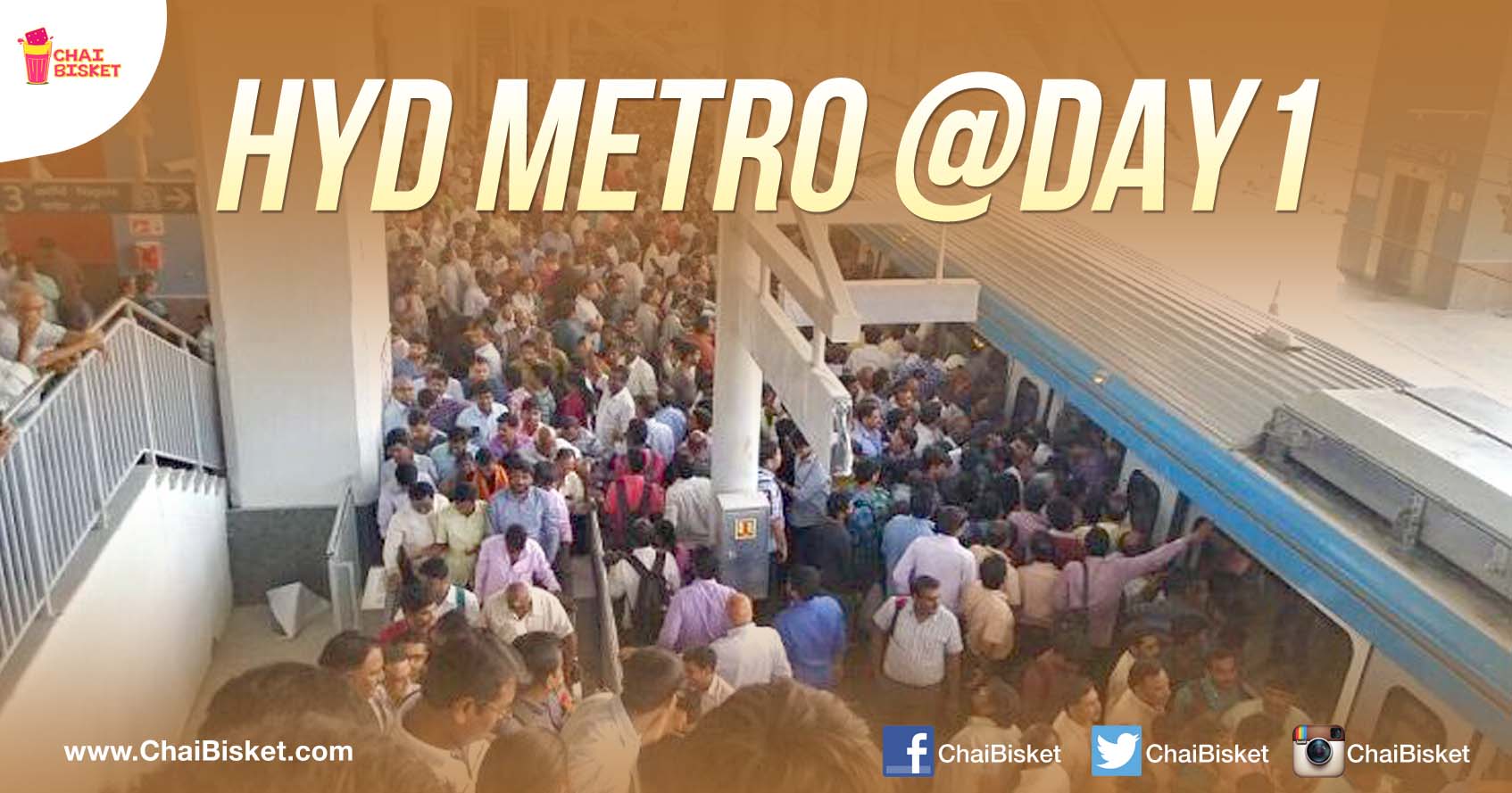 Hyderabad Metro, after recording the launch of longest initial stretch (30km), has set another record. The Metro Rail has received an unimaginable response from the citizens with over two lakh passengers travelling on the opening day of its commercial operations.

The huge response took everyone by surprise and the operators struggled to cope with the load. All the 24 stations in the 30km stretch appeared almost packed full house. Managing director of Hyderabad Metro Rail, N.V.S. Reddy stated that about 80 % of the passengers travelled for their work purpose, while the remaining ones were joy-riders. As many as 4,000 people were found just travelling back and forth on the trains for some three hours without leaving the station. However, the government decided not to take any action against them. From taking the token from the counter of first station to getting down at the second station, many were seen busy clicking selfies. L&T Hyderabad had sold 10,000 smart cards and 45,000 tokens till afternoon on the first day of operations.

Telangana IT and Urban Development Minister K T Rama Rao has called upon the authorities to take precautionary measures to manage the crowd. In a series of tweets, KTR said, “Delighted that Hyderabadis have welcomed Hyderabad Metro in a big way. More than 2 lakh people took the train on day 1.” “I am told while day 1 of Hyd Metro broke all records, on day 2 also we are noticing a surge. Appeal to fellow Hyderabadis to be considerate to kids, elderly & other passengers. It’s our metro, our pride,” he added.

As many as 546 security personnel from private security service agencies are manning the Metro stations on the Miyapur-Nagole stretch. Even the morning session of Day 2 saw many people from the working forde taking up the Metro. Authorities expect the rush to be even more for this weekend. 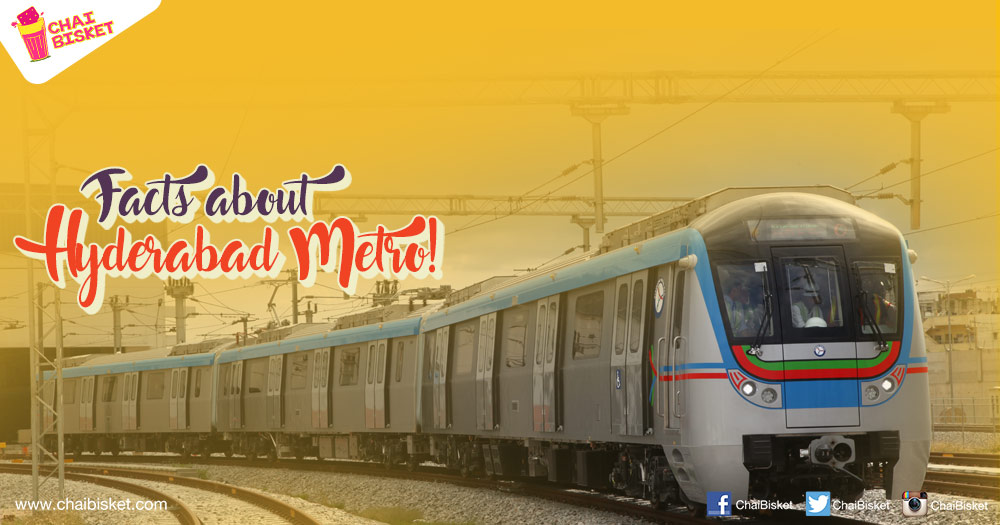 Here Are Some Cool Facts That You Need To Know About Our Beloved Hyderabad Metro!