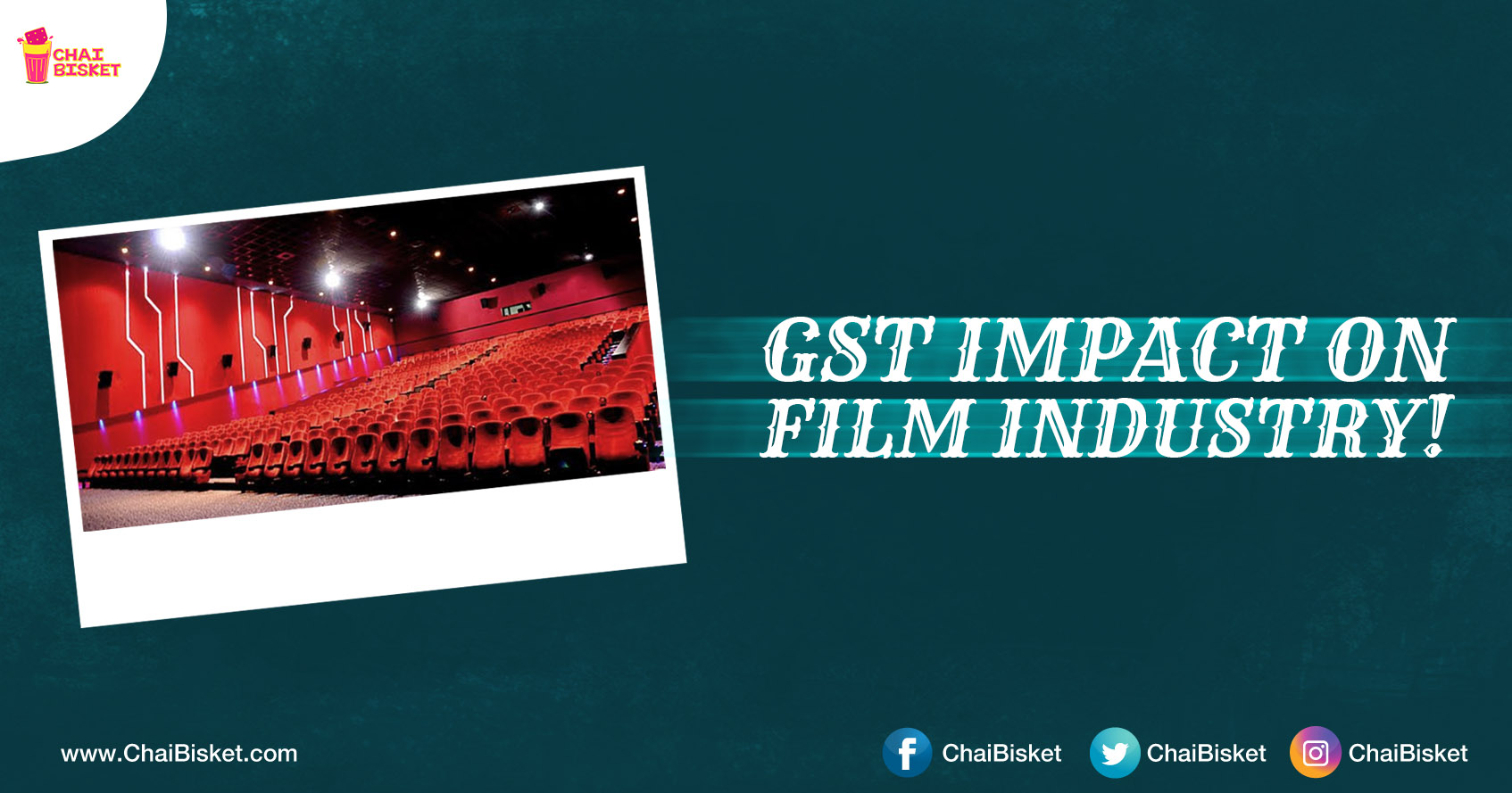 Movies : Probably movies are the only thing that unite the citizens of our country (of course, after cricket). This multi-billion dollar sector is the backbone of our economy and it is evident to anyone who recently witnessed the storm of Baahubali in our market alone. But, things don’t seem bright for the filmmakers, audience, distributors or multiplexes and anyone related to this field.

Here’s what happened: 2017 was the most awaited Financial Year for the economy of our country as GST was ready to hit our screens and bank accounts. What was unexpected that the industries which expected to benefit from this are the ones that are hit hard. The finance minister introduced this bill and included the movie industry with Casinos, bettings and gambling making it look like a sinful thing, putting it into the highest tax slab at 28%.

The Problem: While GST is a boon to states like Rajasthan, Maharasthra, Delhi and places like Bangalore, it is equally a burden to majority of the states like Andhra, Telangana, Bengal, Tamil Nadu, Kerala and other regional industries.

1. GST has taxed the industry at 28% making it one of the few sectors falling under the highest taxed goods and services.
2. Later, upon several requests and persuasions it was changed to 18% for tickets ranging above 100 and was also provided an option of implementing local body tax (LBT), which will vary across the country, making movies the only industry with dual taxation. However, levying LBT is at the sole discretion of individual states.
3. The South Indian movie industries are the worst effected as taxes which were earlier ranging between 7-8% for small films to 14% on high-budgeted flicks.
4. Though it creates a uniform market throughout the country it also forces the makers and distributors to increase the prices in order to ease their burden.
5. Charging 18-20% which is roughly 30-50% extra, is sure going to make the industry suffer which is recovering from the recent stroke of de-monetization.

Also since the topic has come up here are a few alternate facts to let you know why we are being robbed in the name of a unified market.

1. Bollywood industry is the lone industry which is in a safe zone and “may” reap benefits from this.
2. Out of 2100 films made annually in India, 400 are from Bollywood and remaining 1300 are contributed from Industries like Tamil, Telugu, Bengali and Kannada where the tax rate is as low as 2% and 14-17% being the highest (except Bangalore).
3. Out of a approximate 9000 Industry screens in India, South India alone comprises of 4000 movie screens.
4. Tollywood has been promised with relief from Local Body Tax (LBT) and hopes to reduce the effect even more.
5. In Telangana, the government announced a pricing policy to not burden the audience. This aims to increase the rates during the weekends and bring it down on weekdays so that the other section of audience can watch movies in the peak time i.e. Friday, Saturday and Sunday.

We hope that the local body taxes are exempted and the tax slab be reduced to 15% rather than an absurd 18% for 1300 movies which are annually created from regional industries alone. 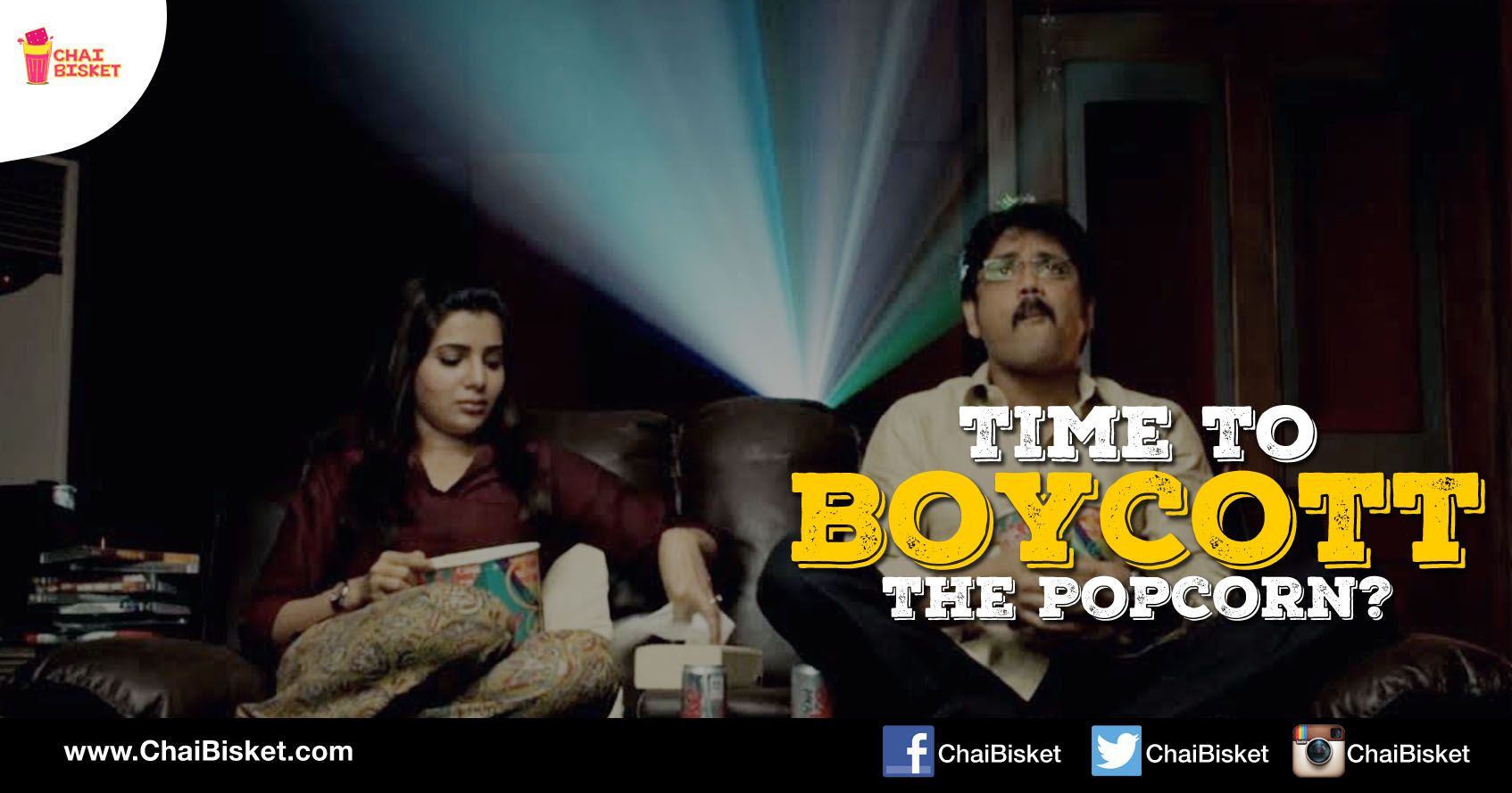 It Is High Time Someone Starts A Campaign To Boycott The Exorbitant Popcorn Prices In Multiplexes!