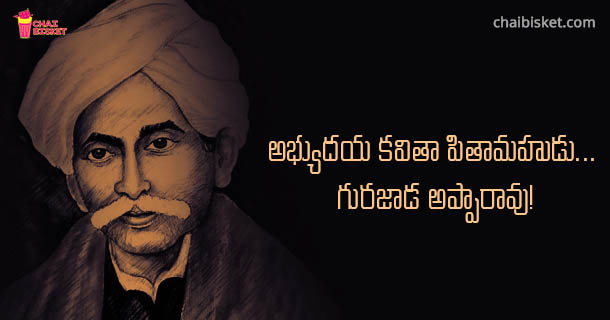 Many of you’ll might be thinking why should we care about a man who was born before my grandfather, how could he possibly be relevant still? Well, we will tell you exactly why and how!

He was a feminist long before it became a fad. He was a poet, writer, and a social reformist who openly talked about society and its discrimination towards women.

He wrote the famous play named Kanyasulkam, which might be the only Telugu play that has both its dedication and preface in English.

This very play marked the beginning of a new and radical era of story telling in Telugu language, as it was honest about our society instead of putting our culture on a pedestal of greatness. By speaking directly of societal demons such as child marriage, he forced people into action and enlightened them in the process.

His play is still widely read and translated into numerous other languages. What made his play an exponential success is the way he used satire to talk about serious issues in a light and entertaining manner. His style of humor is an inspiration to many writers and artists that came after him.

His poetry collection Mutyala Saralu was a steppingstone in Telugu poetry as well. He introduced a new lyrical style and a new meter in place of the traditional one.

He is the poet behind the song we all, at some point in our life, have heard and sang ‘Desamunu Preminchumanna’.

The song inspired many people to take up their responsibility as a citizen seriously. Even though it has many inspiring lines, there is one line that is so powerful and universal it is still predominantly quoted:

Another gem that’s originated from his pen is ‘Poornamma.’ The poem we all were forced to remember by heart is more than just a part of our hectic school syllabus. It talks about the inhumanity of fathers who used to marry their prepubescent daughters to old men in return for money.

I am sure there is much more to this great personality than what meets the eye. He proved that a good heart and a sensible voice is all a man needs to bring change. So, it is our duty as a fellow Telugu-speaking individual to keep him in our thoughts and learn from him all that we can. 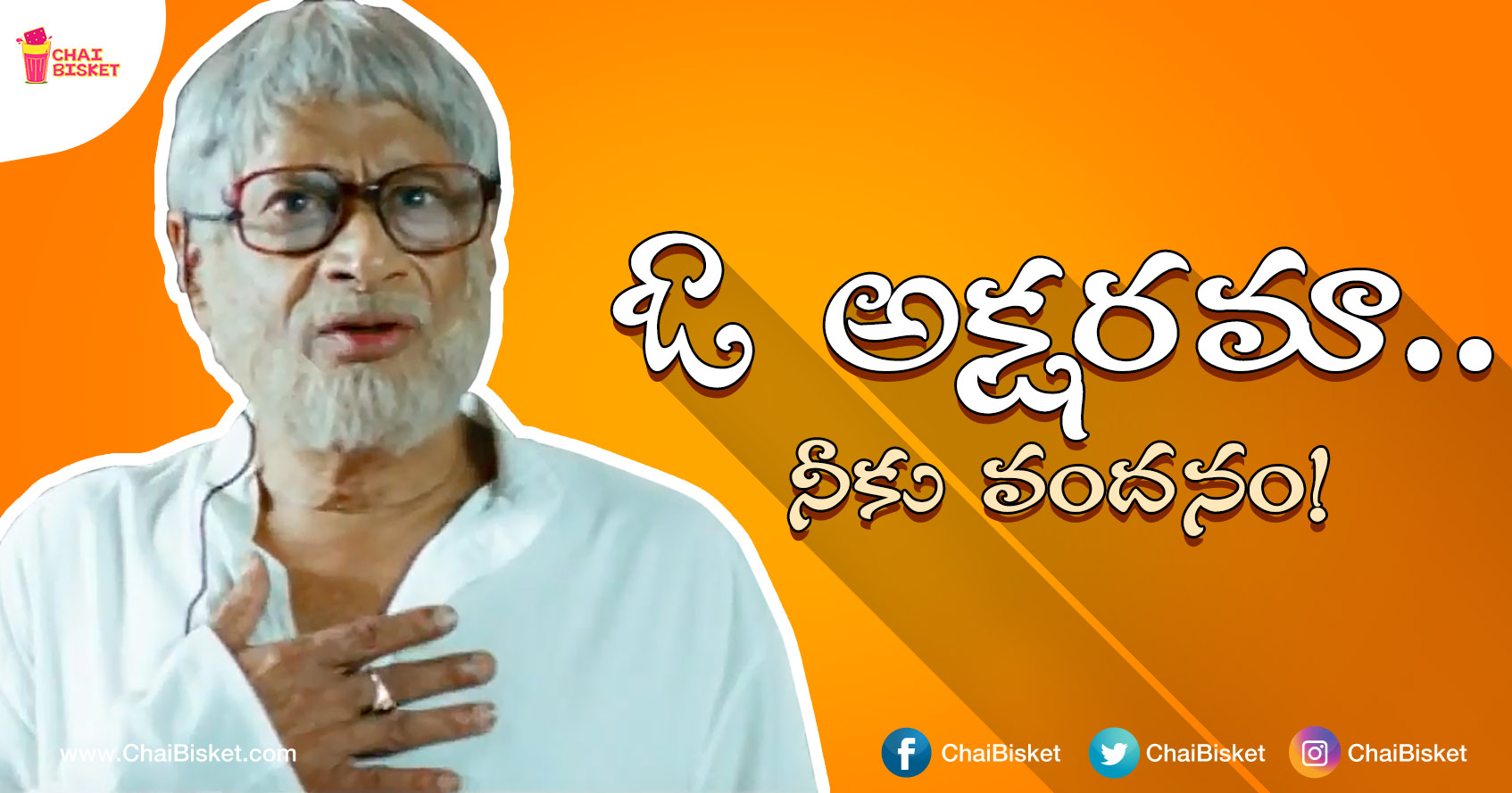