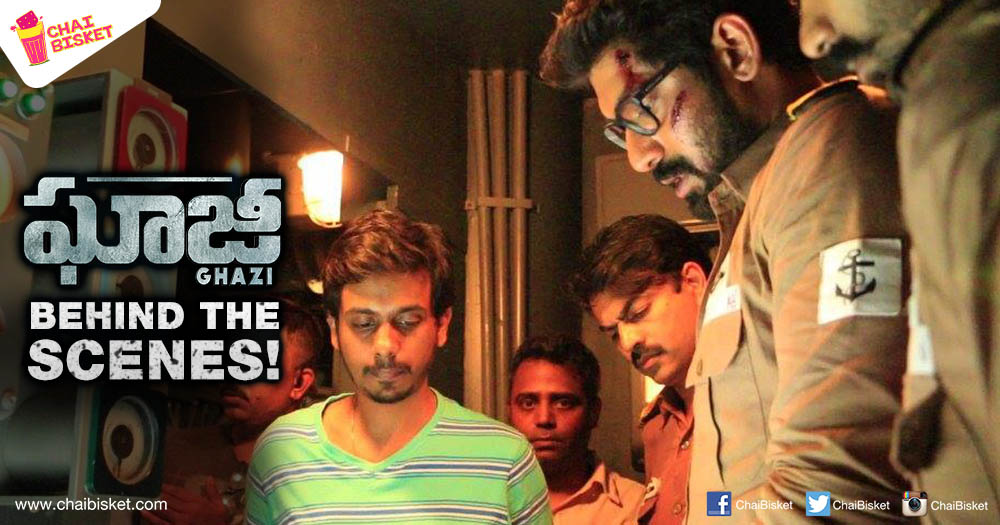 You’ve all seen and been awed by the spectacle that is Ghazi. Here is what went behind the scenes making the movie happen. The journey from an idea to the screen.

On set making the S21 Submarine

The Beginning Of The Whole Thing:
Ghazi started as a independent ‘hindi’ project. Lot of hindi speaking actors were picked at Sutradhar theatre group and when Matinee / PVP Cinema and Rana Daggubati came into the picture, this project had become a bilingual (Hindi & Telugu). Then the casting was little tricky.
– We had to find actors who can speak both the languages, at least comfortable with in order to shoot hindi and telugu without talking much time in between for ‘dialogue practice, prompting etc.
– Characters wise, they are sailors / naval officers. Usually they come from all over India. So, the basic idea was to have a mixture, group of people with variety of back grounds (states / culture). 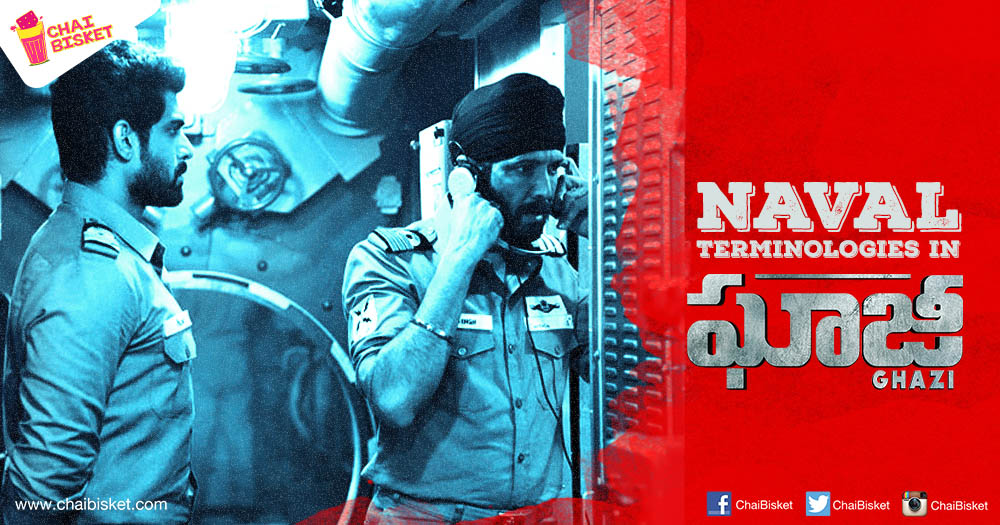 Here Are All The Complex Naval Terms Used In The Movie Ghazi, Explained!