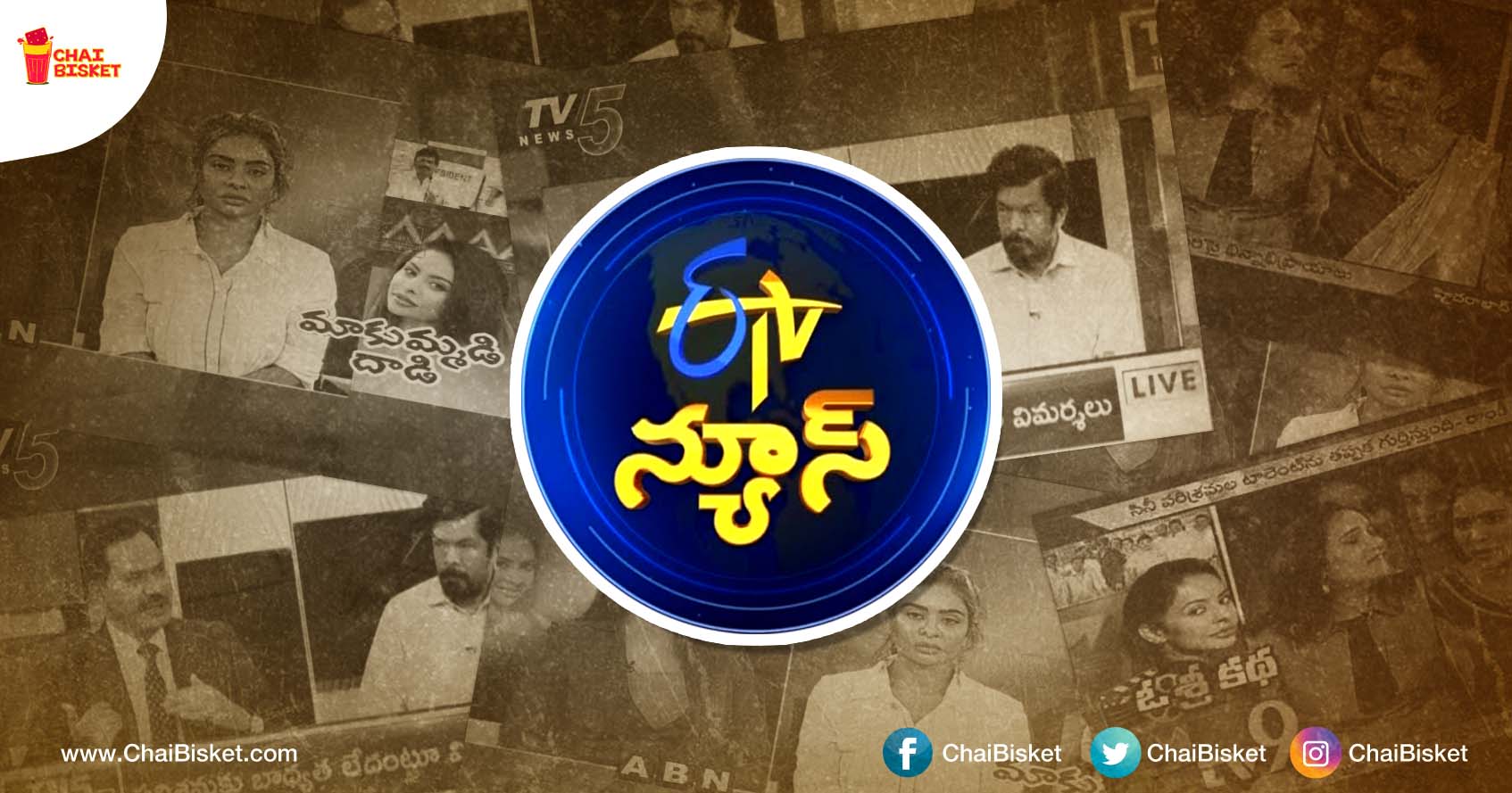 If you have been actively watching the content that is being delivered on Telugu news channels recently, you know what’s exactly wrong about it. And here we are to question and explain why ‘ETV news’ is still the best and matured channel to watch news and how others channels should learn a lesson from them.

1. No unnecessary shoutings & annoying yelling. News is always delivered in a way it is ideally supposed to be delivered.

The first thing we, the audience fail to understand is that, why is everybody yelling and speaking over each other on TV debates. Why can’t everyone wait for their turn to speak. And why is the host always shouting. Why can’t they read out the news in a normal tone? Is it too much to ask for?

2. No huge debates that make no sense at all.

Debate is a big thing and has power to change the opinions of viewers. It only needs to happen when something big and unusual happens. But nowadays news channels literally have some people’s contacts on their finger tips who can come over to their TV studio anytime and talk any shit about the topic.

3. No unnecessary, random people (who have no knowledge about the topic) are invited to the panel.

‘Prathidhwani‘ is good old ETV’s program that invites logical and the kind of people who have knowledge over the topic that is being discussed.

Here’s an episode that discussed about Injustice that happened with ‘Asifa’. Guess how many views it has on YouTube?..360. Yes! Now if it were some sensational news channel, they’d have called some random (attention seekers, who have no knowledge or whatsoever over the the topic and ask them to talk about it.

4. No Vulgar Words or Unparliamentary Language.

As if we did not have enough amout of problems to deal with the TV content. We now have new kind of problems to worry about. TV is one such thing that everybody (regarldess of age, gender) watches. Nowadays, channels do not seem to have any kind of filter over the words they are using. It is not just disturbing to watch, but in fact they’ll have bad influence on future generations.

We fail to understand why media is nowadays trying to behave like the police. The primary purpose of news is ‘Reporting’ but they seem to do every thing other than that. Recently when legendary actress SriDevi passed away, these screenshots from Telugu news channels trended all across the country, for all the wrong reasons.

If there is anything worst that we have adapted from the North India. This is it. Click bait titles have become so common to people across Telugu states that “Chusthe Shock Avtharu” has become a thing now. People make fun of it, but yet click on the video and watch it till the end. This thing seriously needs to changed.

7. Every small & important news needs to be covered.

Just imagine, while all these sensationalised channels are trippping over trending news. How many important, essential news have been ignored/untold? How many of you know that both Saina Nehwal and PV Sindhu have won Gold & Silver at Commonwealth Games 2018. Why wasn’t it aired on TV?

Not just that, there are many gems we are missing out on, while watching this shit on TV. For example, how many of you know this girl below in the picture? She is Indian Football Team’s Highest Goal Scorer Who Is Just 17 Years Old! Why didn’t we see a coverage about her on TV. Get your priorities right, please.

If you notice ETV is the only news channel that handles breaking news in the most matured way. For example, Annadata is a ETV special program dedcated exclusively for farmers. Yes. This program is telecasted without any interruption as per the schedule. If there is any important breaking news, they don’t just cut through the program. Instead they divide the screen into two and display the breaking news in text form.

All of the above said things are happening because probably they are one of the very few channels that are not running behind TRP. But instead they are working their level best to consistently deliver quality news irrespective of the TRP’s.

So in the end, we’d like to conclude that, as much as the News channels are responsible for all of the shit that is being delivered on TV. We (the TV viewing audience) are also equally responsible for it. If we all just think for a moment and decide and pledge to our self to only watch quality content (on both TV & YouTube), and not to watch and encourage this type content, things might get onto right track.

Change begins with you. 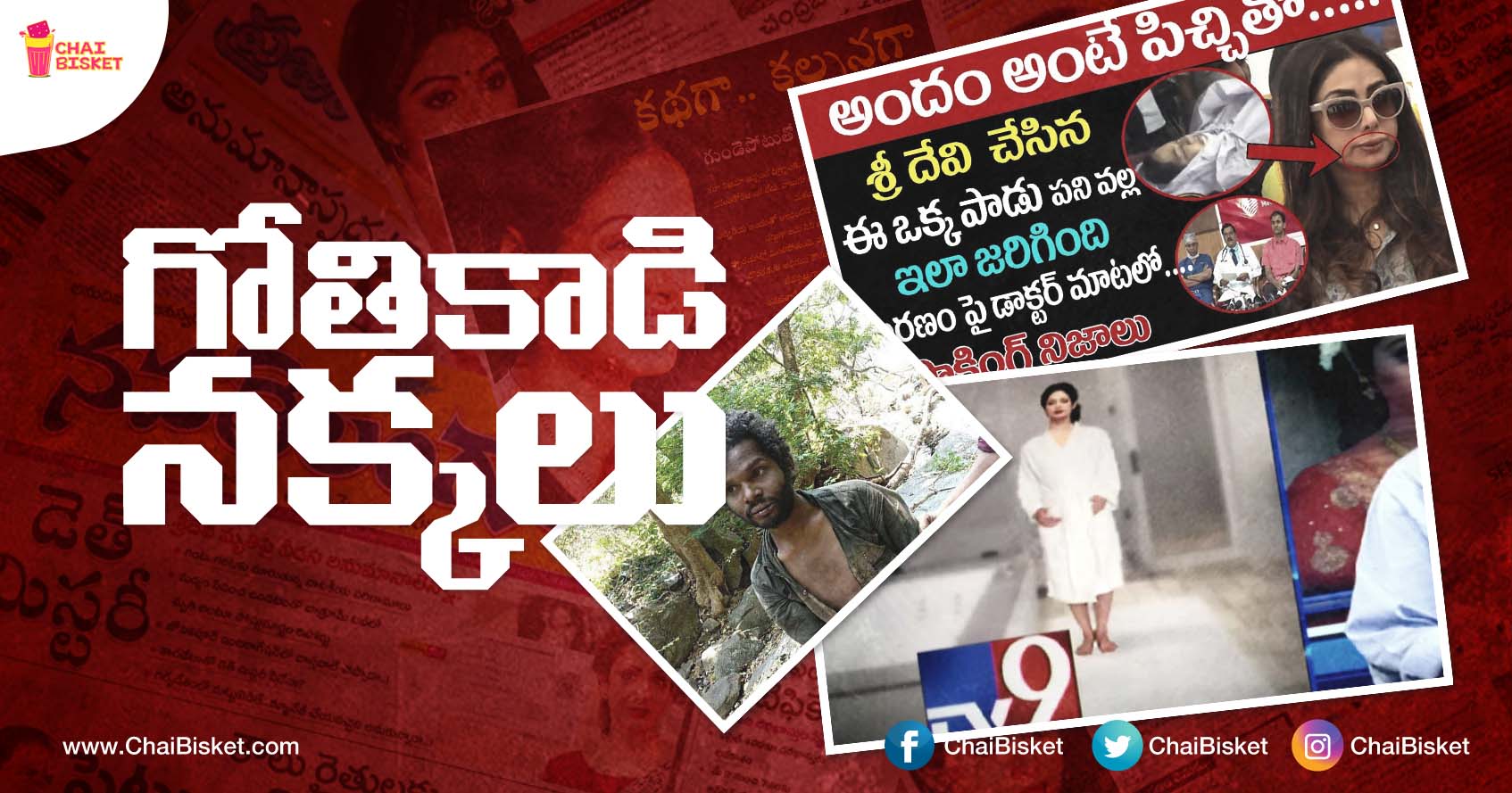 This Guy’s Anguish On Media Ethics And Sensationalization Is Apt For Present Scenario!