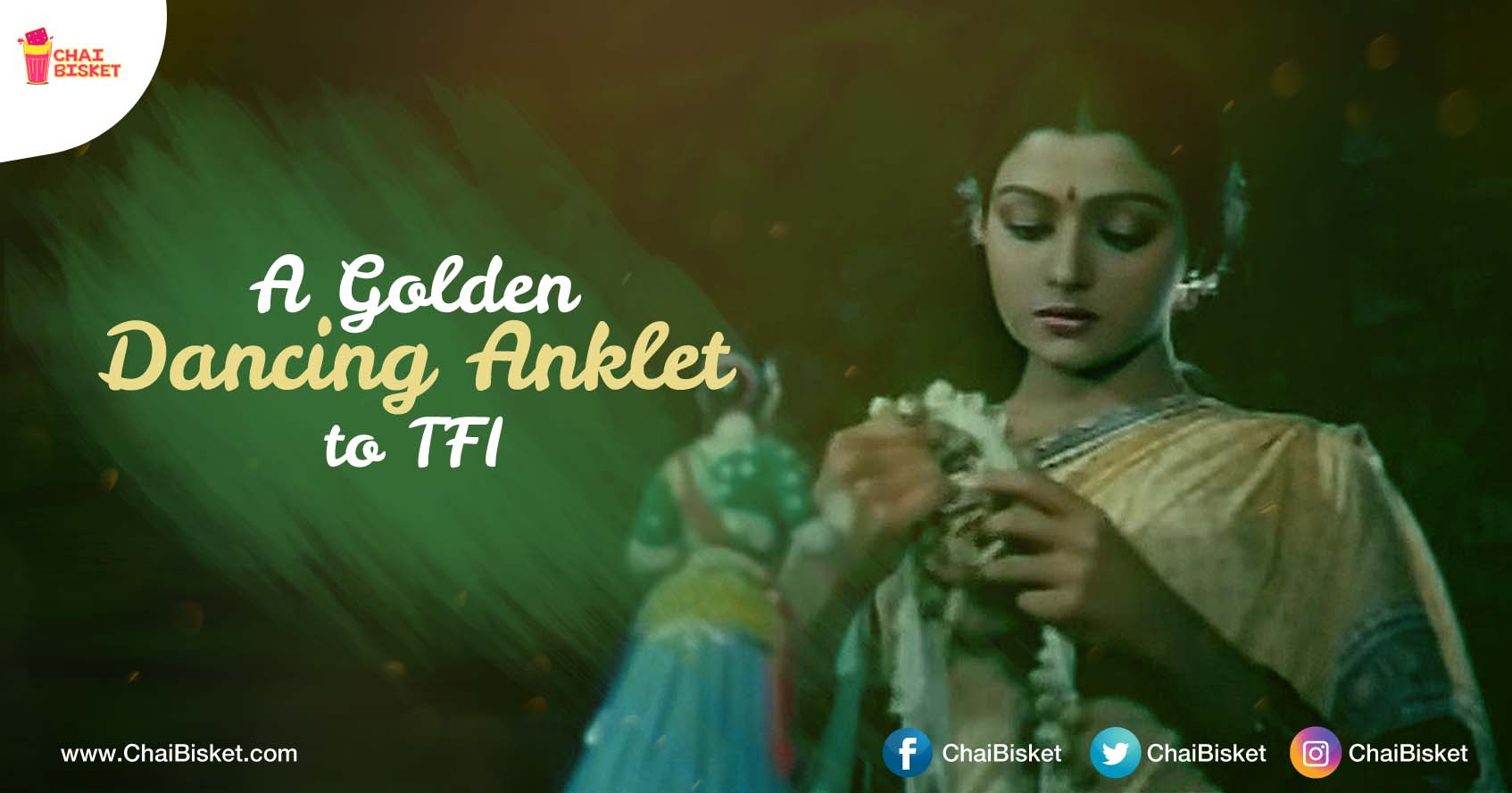 As filmmakers have evolved over the time, certain film-making styles have also vanished. But, only few filmmakers could set up a standard and till date, younger gen of filmmakers could use it. One such legendary Telugu filmmaker is K. Vishwanth. Now, out of his master works and master techniques, in this article, I want to talk about Swarna Kamalam and two major achievements he could achieve through his craft. They are way advanced and way beautiful.

To remind you once again, Swarna Kamalam talks about a daughter of a Legendary dancer, who is uninterested in carrying forward her dad’s legacy. Things change when the protagonist Chandram enters their family. She realizes the inner dancer in her. Realizes the power of an art. Now, for someone to show that the character has changed from wrong to right, it is so easy to say that in a dialogue and get on to the next act. But, KV has other plans here. He wanted to convey it through visuals so that the person inside us is convinced. (Yes, I believe that, there is someone beyond our eyes who watches a film and if that person is convinced then, that director is succeeded) Here’s how her change is established.

This is how untidy/unclear nature of Meenakshi is introduced. She walks into her room after bathing, she opens up a bottle of oil and the cap is thrown, squeezes the powder box aggressively and finally moves on to select her outfit. She opens up the box full of clothes by throwing the dancing anklets to a side. Only through that sound of her anklets drop, her sister’s voice comes into the scene.

That entire episode denotes her lifestyle. Especially when she throws away the anklets just to choose her outfit, it shows her disrespect towards dance. But, when the movie reaches the pre-climax, exact shots are shown. But, this time, there is a rythm in her body in applying oil, talcum and even in her walk. This time, she carefully lifts the anklets and chooses her outfit.

That is what I call as transformation. One more interesting thing I’ve noticed in this film is, not even once, anyone in here utters a dialogue which says that Meenakshi is changed. But, surprisingly, no audience doubted her change. Such is the impact of conveying something through visuals.

Another technique that lost its place in contemporary cinema is this unique camera movement to tell the thoughts of a character. In this scene, after Meenakshi meets a lot of people, she sits at her place and think about the different opinions people have on her choice. Then the camera movements along with the dialogues run the show. First Chandram’s dialogue comes which says “Bhakti Shradhala tho natyam chesthe Meenakshi garu kadu kanipinchedi, Parvathy devi kanispisthundi”. For this, camera moves towards Meenakshi’s heart which means that, this thought is close to her.

Next another dialogue by her sister is thrown on Meenakshi. Now, camera moves close to Meenakshi again.

But, when her friend’s suggestion pops up, interestingly camera moves away from Meenakshi, which obviously mean that, she is not going with her friends idea.

And finally, the immediate scene is, she goes with her heart, that is Chandram’s idea to take up dance with whole heart. Since she is going with her gut, that not-so-sure feeling is established by a moving doll in the foreground.

This is a very unique idea to translate someones state of mind. Obviously, this exact movement of camera cannot be applied in todays cinema as it looks strange and old to see such visuals. But, this idea of conveying can definitely be retained.

My most favourite part/scene/frame in Swarna Kamalam is this. In this scene, Meenakshi enters Chandram’s place and lets out her frustration on him. While she does that, she simultaneously pulls out each bell on the dancing anklet and throws them on the floor. After this act, she tries to leave and Chandram stops her by looking outside. He hands her over a rain coat and then she leaves.

After she leaves, there is a frame that covers Chandram from outside and immediately, in the next frame, he is shown from inside.

Now, we see a frame with fallen bells and misshapen footprints. Chandram picks up each bell.

Actually, that is extremely poetic. Let me tell you. Why is there a frame for exactly 2 seconds that showed Chandram from outside and immediately went in? It means that, all that is shown after the exterior shot is going to talk about the inner thoughts of Chandram. That one act by Chandram (handing over a rain coat and picking up bells) is what is going to happen in the next episodes of the film. He is the one who shapes the dancer inside her. He’s the one who protects her in the coming scenes. That entire relation is established in one frame. For people like us, it is also told in a dialogue that comes in between this song called ‘Kothaga Rekkalochena’. Watch that song once and you’ll understand it better. 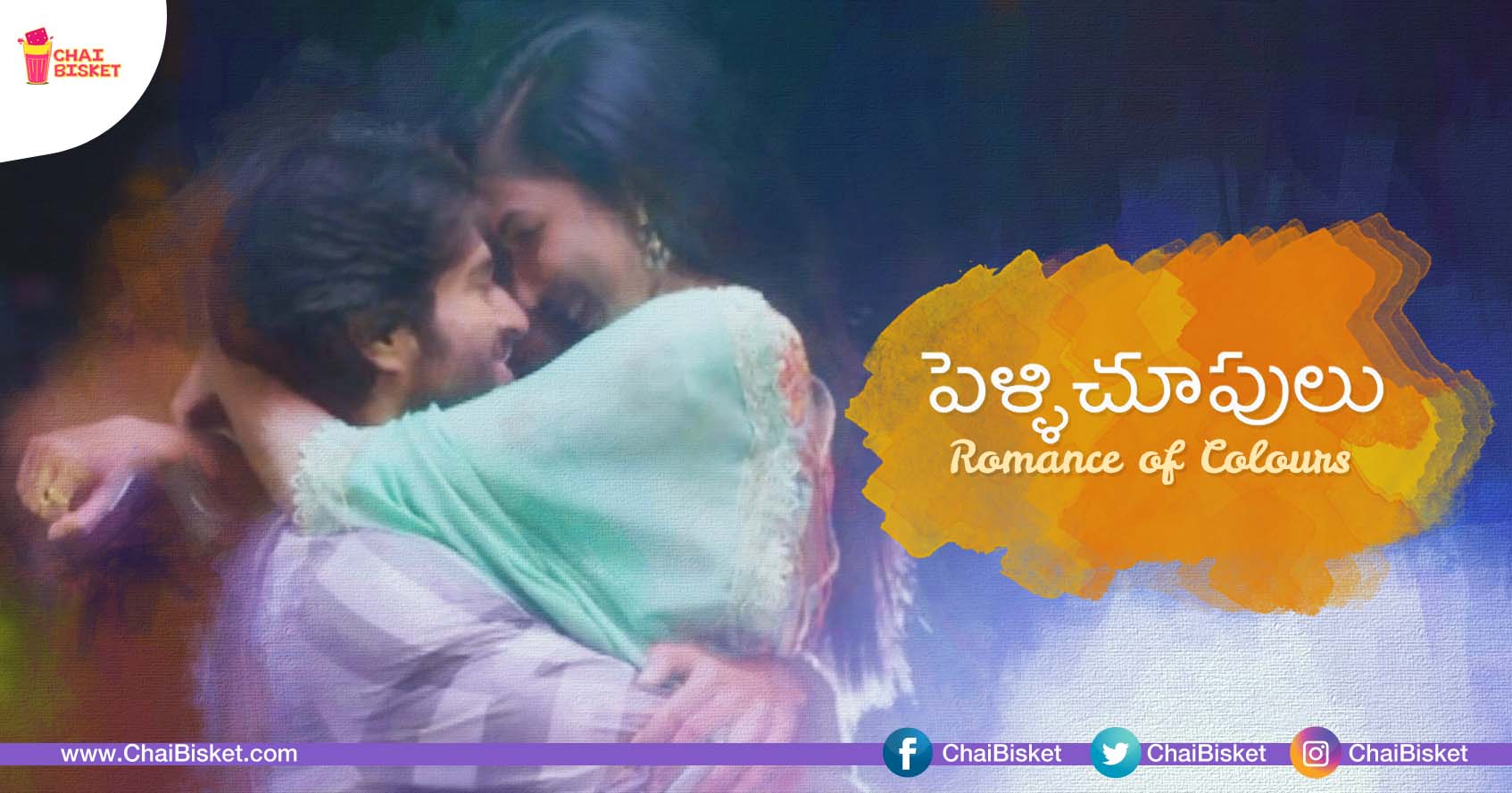 Here’s How The Brilliant Usage Of Cinematic Techniques Make Pelli Choopulu One Of The Best Contemporary Films!