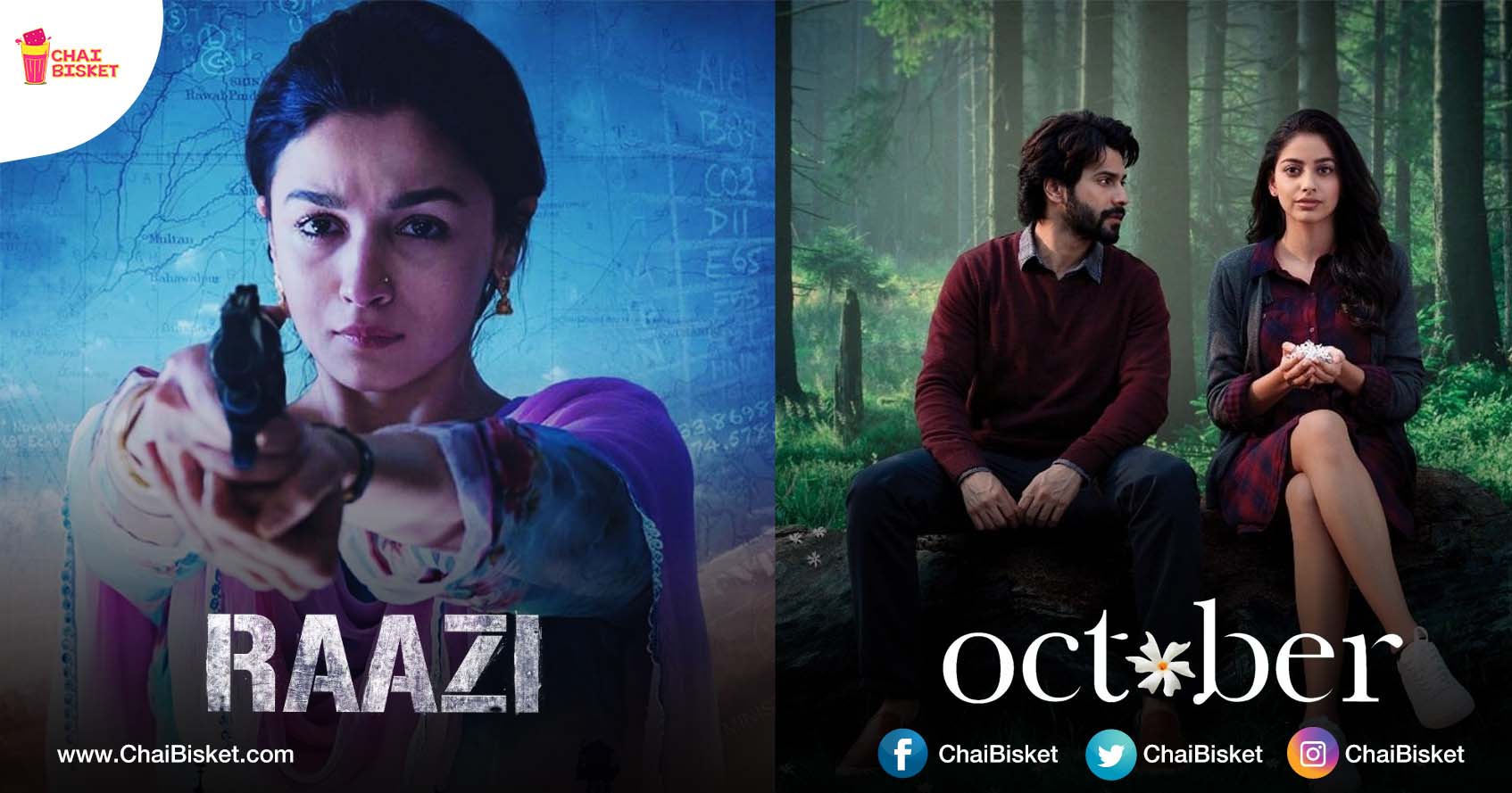 If there is anything particularly special about Telugu people. We watch ‘good’ movies of all languages. And the recently released ‘Sanju’ theatre footfalls in Telugu states is the best example. Many of us like watching some good Bollywood films. While most of the Hindi films are commercial ones focussed on making money, there a few one, which must be adored for the craft of filmmaking.All the films in this list are rich on content and quality. So enjoy your weekend by watching these best Hindi films of 2018 so far.

P.S: The films are numbered in no particular order.

1. Parmanu: The Story of Pokhran

Most people don’t even know that the film is based on the nuclear bomb test explosions conducted by the Indian Army at Pokhran in 1998, under the leadership of India’s future President Dr. APJ Abdul Kalam. Due to poor marketing, the film didn’t reach to so many audience.

A film based on the India’s longest income tax ride Ajay Devgn plays Amey patnaik, An officer who has been transferred for the 49th time in his 7 yrs career.

While most of the films that came out in the past two years were love stories. October is a story about love. There is a thin line of difference in between.

Directed by Meghna Gulzar (director of Talvar), Raazi is definitely one of the most stunning films of the year. The incredible portrayals of Alia Bhatt and Vicky Kaushal as Sehmat and Iqbal will leave you tears.

Soon will be available on Amazon Prime Video (16th July)

No description needed. Go around the theatres, you’ll know the phenomena.

Past 4 films of Akshay Kumar have only been ‘biopics’. Directed by R.Balki (a South Indian), based on Arunachalam Muruganantham, the real life Pad Man (also, a South Indian), the film is both witty and message oriented.

This film went to films festivals all across country years back with the name ‘The Brawler’. And then, years later, released in India with the name Mukkabaaz. The shoot of the film took over 3 years, just so that the lead actor Vineeth Kumar Singh could actually transform himself into an actual boxer. #JustAnuragKashyapThings.

Before you watch Dhadak and judge Ishaan Khattar’s performance in this movie, watch this. The film is directed by Iranian sensation Majid Majidi. And Malavika Mohan plays the role for which Deepika Padukone was rejected. (Music is y AR Rahman).

Produced by Farhan Akhtar, this small film revolves around the lives of 3 people, the mild interpreration, the parallels between the 3 lives is what will keep you hooked till the end.

Netflix India’s first ever full-length feature film (while Brahman Namam was bought after the release), Produced by Ronnie Screwvala. Its film about a guy, who JUST wants a big house in his favorite city (very relatable, right?).

The recent online sensation (also produced by Ronnie Screwvala). All 4 acclaimed directors (Anurag Kashyap, Zoya Akhtar, Dibakar Banerjee and Karan Johar) reunited after their anthology Bombay Talkies (2013). While some say that it’s not worth the hype, Lust stories is worth watching for Zoya’s and Dibakar’s shorts.

Again a film that released years back in Foreign film festivals and came to India. Directed by Hansal Mehta (multiple times National Award winner), the films is based on a terrorist Omer Saeed Sheikh

Two strangers go on a random trip, what leads is a fun-filled ride. Starring the terrific Irrfan Khan & Parvathy, the film is absolute fun to watch.

The much-awaited Akshit Varma’s (Delhi Belly fame) second feature film is a film you’ll enjoy watching on a boring midnight. If you loved Delhi Belly, you’ll like this.

When a woman (Rani Mukherji) with Tourette syndrome (stuttering problem) lands a teaching job in a school, the film revolves around how she turns her weakness into her biggest strength.

Satrring Danny Denzongpa (Professor Bora from Robo) is an adaptation of Rabindranath Tagore’s short story Kabuliwala. The might not have done well at box office, but it went to several film festivals.

A story of a who man secretly ‘blackmails’ his wife and her lover about a certain thing, comes with a damn good twist at the end.

If you have any other ‘good’ movies from this year on your mind, which we might’ve missed, do let us know in the comments below, and tell us how many of these movies have you already watched. 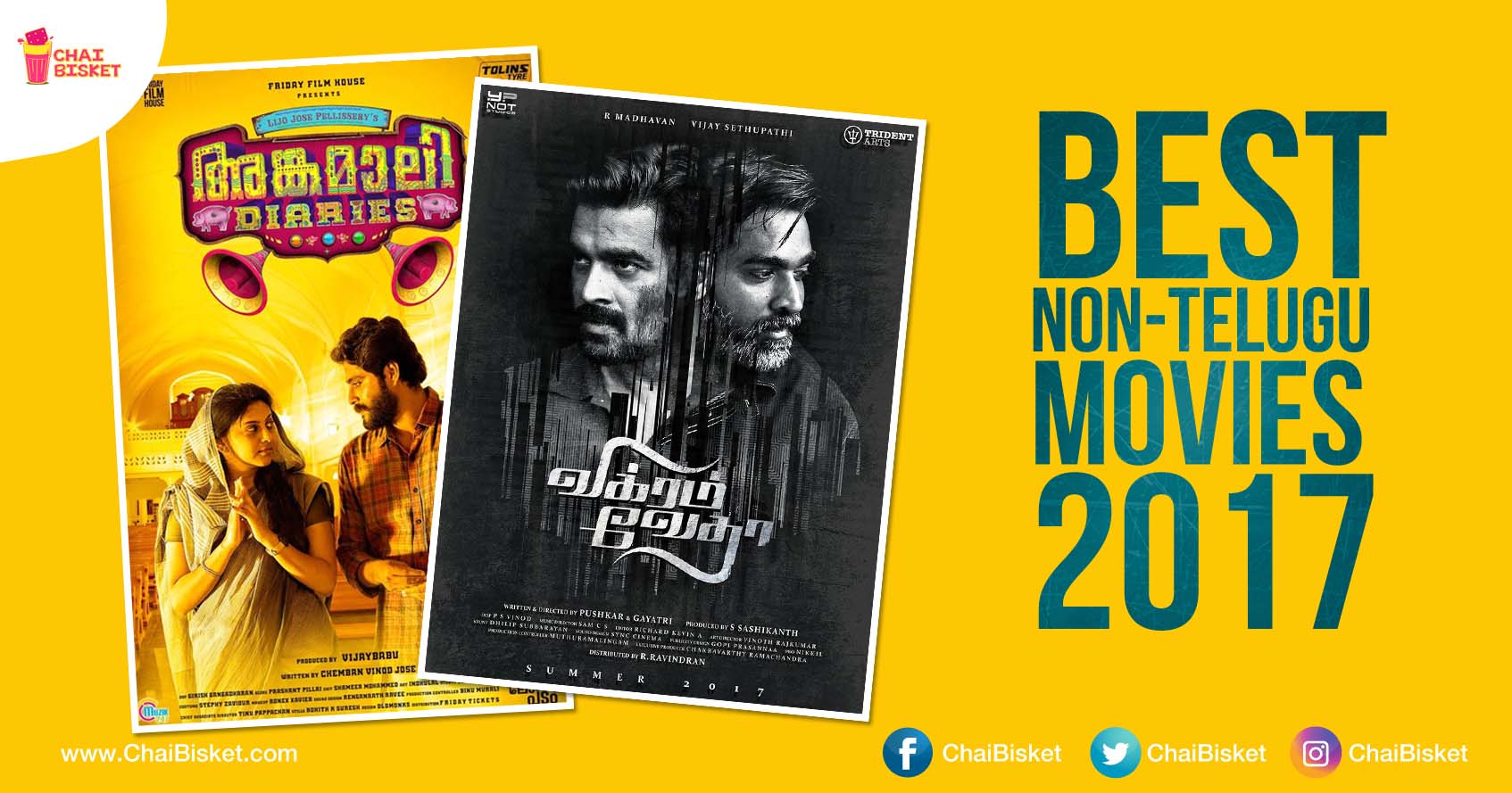 Here’s The List Of Best Tamil & Malayalam Movies Released In 2017 That You Must Watch!