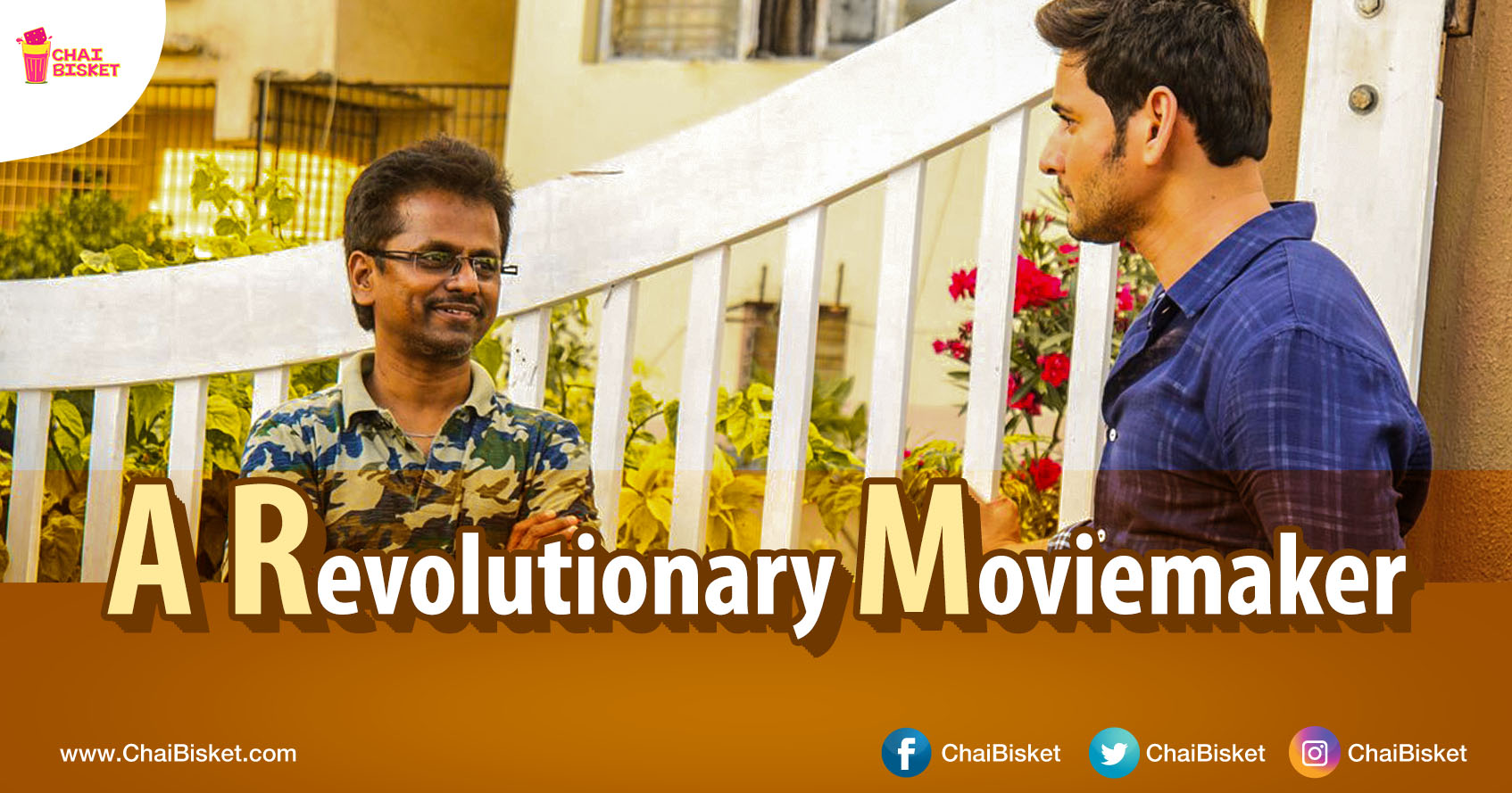 There are very few directors who always amaze audience with their inspiring scripts packed with some commercial elements in it. A.R.Murugadoss probably tops the lists with his innovative concepts. There are days where South Indian cinema has relied on Bollywood scripts and remade them. Days changed and now, almost all the ARM films have been remade in Bollywood. It is a proud moment for South Indian cinema to have directors like Shankar, Rajamouli, Murugadoss who are making some path breaking movies. ARM, A Revolution in Movies – the list of his movies will prove you that. He started his career as an Assistant writer and worked for few Telugu and Tamil movies. He also worked under S.J.Surya for the movie Khushi. Later Surya recommended him to direct Ajith Kumar, and that’s how his first movie Dheena got into track. From then, he never turned back. From Dheena to Spyder, he showed difference in every script and made his mark with every movie. He seems to have his finger right on the pulse of the audience, and the success of his blockbuster Ghajini in Hindi proved that he has an audience that crosses language barriers as well. On his birthday, we present you the movie journey of AR Murugadoss.

DHEENA
ARM’s debut movie. With Ajith Kumar, Suresh Gopi and Laila in lead roles this movie a romantic action thriller which earned Ajit Kumar, the title of “THALA”. This film can be considered as a safe entry as he chose a script that offered minimal experiment.

RAMANA/ TAGORE/GABBAR IS BACK
Never tolerate the wrong that happens in the society. Ramana is the film which earned respect and huge accolade across India. It was remade by Megastar Chiranjeevi in Telugu as “Tagore” directed by V.V.Vinayak. Actor Akshay Kumar remade it Bollywood as “Gabbar is back” under director Krish. The whole movie revolves around anti-corruption and the characterisation of RAMANA connected a chord with every person who watched it.

GHAJINI
Ghajini, a romantic- psychological thriller. With Surya as Sanjay Ramaswamy in the lead role, the character suffers with a disease Anterograde Amnesia where he loses his memory every 15 minutes. The story revolves around how Sanjay managed to take revenge against the villain irrespective of his illness. This film has been remade in Bollywood by Aamir khan, produced by Allu Aravind.


STALIN/ JAI HO
“Nuvvu oka mugguriki help chey, aa muggurni inko mugguriki help cheyamanu” the concept which Megastar explains on a tissue paper and flow chart he draws stuns every audience in the theatre. After all the world is small, lets support each other and live together. This movie is remade in bollywood as “Jai Ho” by Salman Khan. Irrespective of the result, ARM should be praised for his idea to push a social message through two mega actors from different film industries.

7TH SENSE
The plot revolves around Bodhidharma, a master of martial arts and medical remedies. Involving the concepts of Genetic engineering and hypnotism, this movie is no less than any Hollywood thriller. Can be told the movie is quite ahead of its time.

THUPAKI/HOLIDAY
“A soldier is never off duty” – a perfect tribute to the Indian soliders. With concept of sleeper cells, this movie offers you out and out Hollywood standard thrilling experience. This movie has been remade as “Holiday” by Akshay Kumar.

KATHTHI
Kaththi, starting with the BGM, every aspect of this film is a master piece. Movie moves around the concept of farmer suicides which is thought provoking. The coin fight scene is a master class from ARM. The film has been remade as “Khaidi no 150” by Megastar under VV Vinayak’s direction.

AKIRA
This is one of the most powerful women centric films. Starring Sonakshi Sinha, the movie is all about a girl being constantly bullied and how she overcomes all the odds to become a powerful woman. The way ARM elevates her character is worth watching. He surely deserves a praise for picking a subject that every women will be proud of.

SPYDER
Starring Superstar Mahesh Babu, Spyder is ARMs upcoming bilingual film. It is going to be released this Tuesday. S.J.Surya, his guru, is playing an important role in this film. The director chose a spy thriller this time and the expectations are quite high.

Not just direction, ARM has an unique taste in bringing new talents as well. Raja rani, Journey, 10 Enradhukulla were produced by him. His movies usually have a strong social message: Be it corruption/ student power (Ramanaa), terrorism (Thuppakki/Holiday), helping society (Stalin), fighting injustice (Ghajini) or farmer issues (Kaththi). They are a reflection of his strong social consciousness and this consciousness within Murugadoss was once so acute that he even contemplated becoming a Naxalite after finishing college. “I would have become one if someone had shown me the way then,” he says often. “Having become a filmmaker, I am ensuring that the message is delivered through my movies.” Surely , he has mastered in the art of delivering that message! 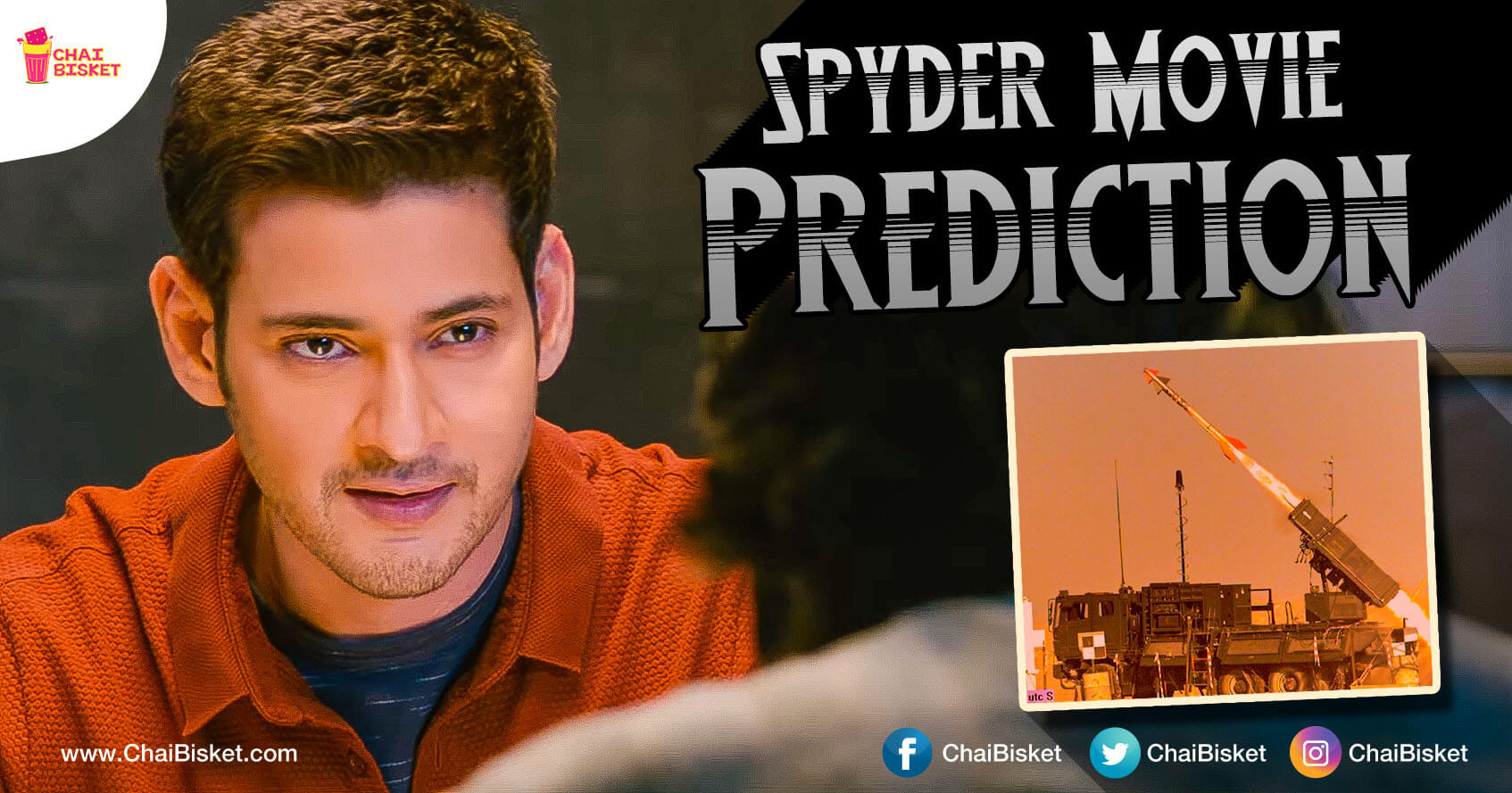 You Must Check Out This Fan’s Theory About The Possible Similarities In Mahesh Babu’s Spyder Movie And Spyder Missiles!