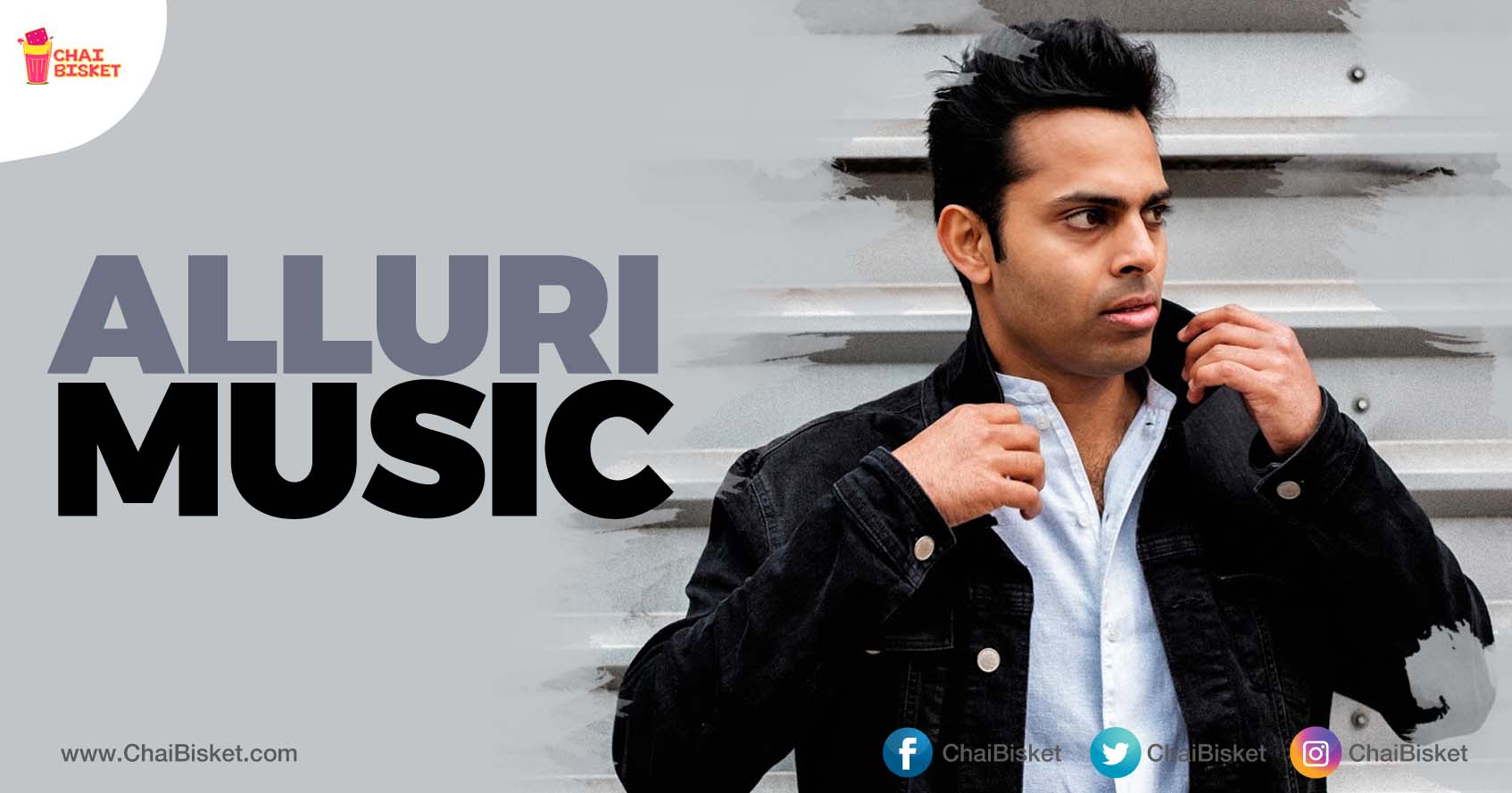 Recently we got an opportunity to talk to Alluri, A Hyderabad born, London based Indie-Rock Artist. When we say Indie, we mean it. If his music has to be put in words, it can be defined as ‘Genre-Hopping‘. Have a read, it’s super interesting.

1.what can you say about the indie rock culture in and around Hyderabad?

I haven’t lived in Hyderabad long enough to give you my first hand experiences but what Ive heard from people is that the live music singing is developing and there are some awesome bands performing Rock music. The number of people watching bands play live has increased compared to the past, but some of the bands play Bollywood & Tollywood music rather than their own stuff. So, that challenge is up to and on them to come up with songs that inspire people to sing along and watch them play live.

Its in an ascent stage and i hope that the scene picks up not only Hyderabad, but also in Andhra Pradesh and Telangana. I’m certainly trying and making my efforts to do so.

2.From where do you get the inspiration, and what drives you to create music ?

I was kind of forced into playing violin (western classical) and piano when i was 6 years old, but i never enjoyed it..So, i stopped that.

But when i was around 12 my cousin made me listen to Smoke On The Water(Performed by Deep purple in 1972) and Comfortably Numb(Performed by Pink Floyd in 1979) on the mp3 player he got and mp3 players were quite new at that time.

When i heard smoke on the water, i straight away asked my dad to buy me a guitar.
I can say that my inspiration comes from the music i listen to and British Rock n roll plays a big influence in my life.My love for music is what essentially led me to write songs myself.

Over here, although the music director gets the chance to make the music he wants to, it has to serve the film and that’s a kind of limitation.

What i like about the music from the west is that the music industry over there is separate from the film industry . Bands get to do what ever they want, they’re given the freedom of expression. People there tend explore their lives, get to write whatever they’re going through and express these feelings through music. May be that’s the freedom that i fell in love with.

4. What are the different challenges you face while recording a song? and how hard is it for a Telugu guy to succeed in this particular musical genre.

To be honest its hard to succeed in any genre.

The part i struggle with more is the actual writing of the song. In the last 2-3 years i had to forcefully do it i have to sit myself down and say ‘Ok, i have to write songs now‘. where as before ( 2011-2015) it was a habit and i used to write songs with much more ease and without any sense of effort and forcing my self. I consider that particular time as a Golden Phase of my Song writing.
The recording process is more joyful as i play with other musicians, where we explore it and draw inspirations to make it sound better.

Coming to the live performances, my first album was all in English and i didn’t get as many opportunities to play in the west. But since i made my second album in Telugu I’ve gotten more opportunities , if anything its made it comparatively easier for me to perform and connect with wide range of audience.

5. You’ve already performed in many renowned music festivals and concerts.Now that you’re finally going to perform in front of Telugu audience, Whats going on in your mind and how do you feel about it.

I’m really excited and pumped up about playing here. Its a great joy for me to play Telugu songs, and i never expected such day would come in my life.It was never planned it happened naturally. So, its been a long journey to come here and play where i grew up.

6. How are you planning to make this concert The Best Musical Experience that audience can have and relish.

Whatever I’m doing I’m bringing honesty to the table. i never thought i would write in Telugu. I always wrote in English, and after having recorded an album in England i finally realized and questioned myself, on why have i given all my passion and emotion just to British rock and roll’, I just felt a sense of betrayal and guilt. I went through sort of a identity crisis and through all of this came these Telugu songs and its essentially a love letter that I’m writing to my language and i hope other people feel the same when they listen to them.

I’m bringing 18 years of my dedication to music, and at the end of the day its the sharing of this joy that i hope that i can transfer with the help of the Italian musicians. As you know Telugu was called as Italian of the east when the British had come to India, as all the words ended in vowels and sounded similar to certain extent. so there is all this sense of history that’s there.

I’m finally very happy to be playing all these songs in Hyderabad.There will be some local performances as well. I guarantee you that its gonna be a treat not only for your ears but also for your eyes. Its live and its going to be energetic. I hope to see you guys over there and just have fun.

Alluri & the Italians’ will be performing at Gachibowli Stadium, Hyderabad on August 18, 2018.

You can Book your Tickets Here 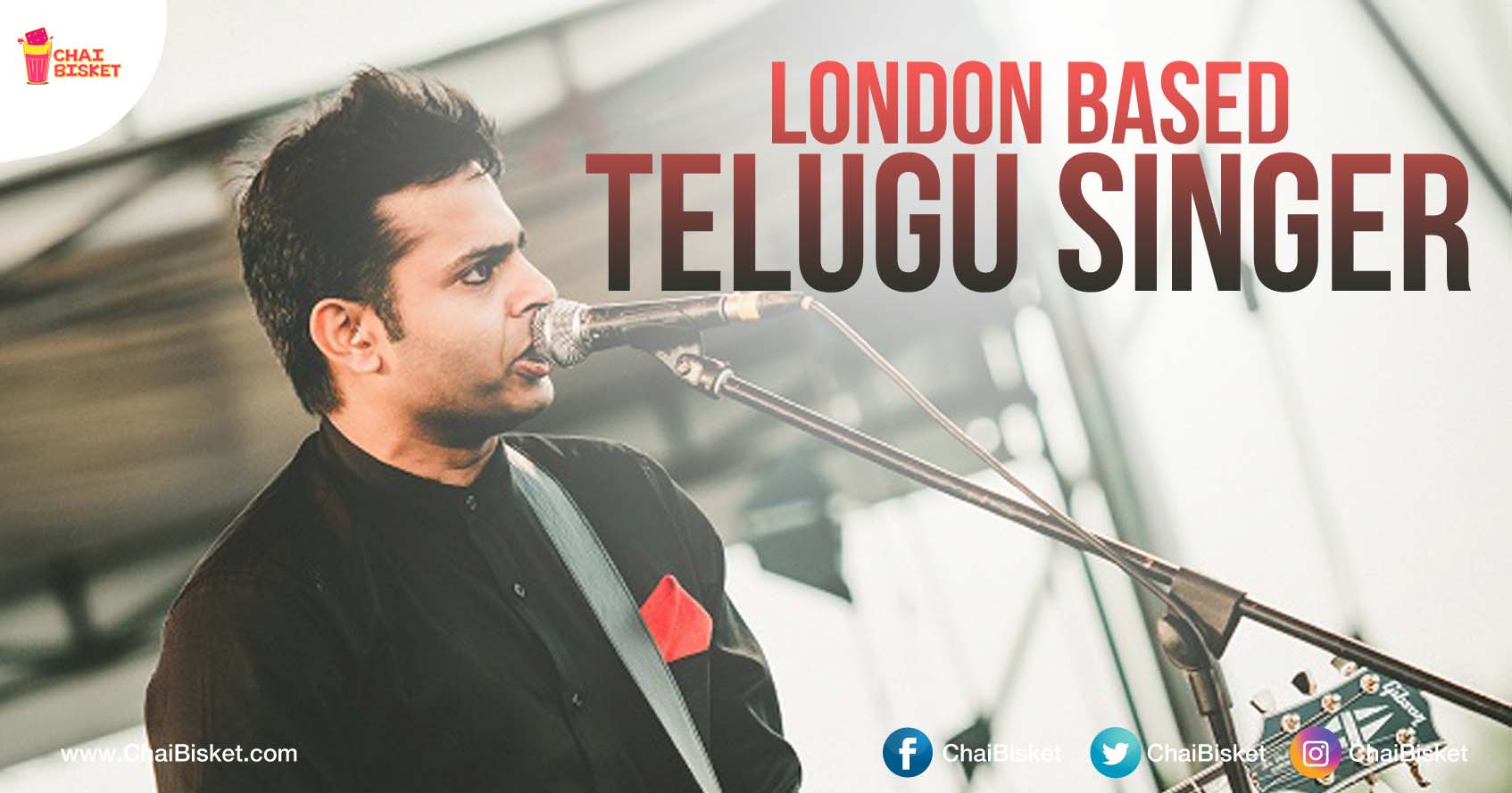 Meet ‘Alluri’, An Indie-Rock Artist From London, You Should Know About