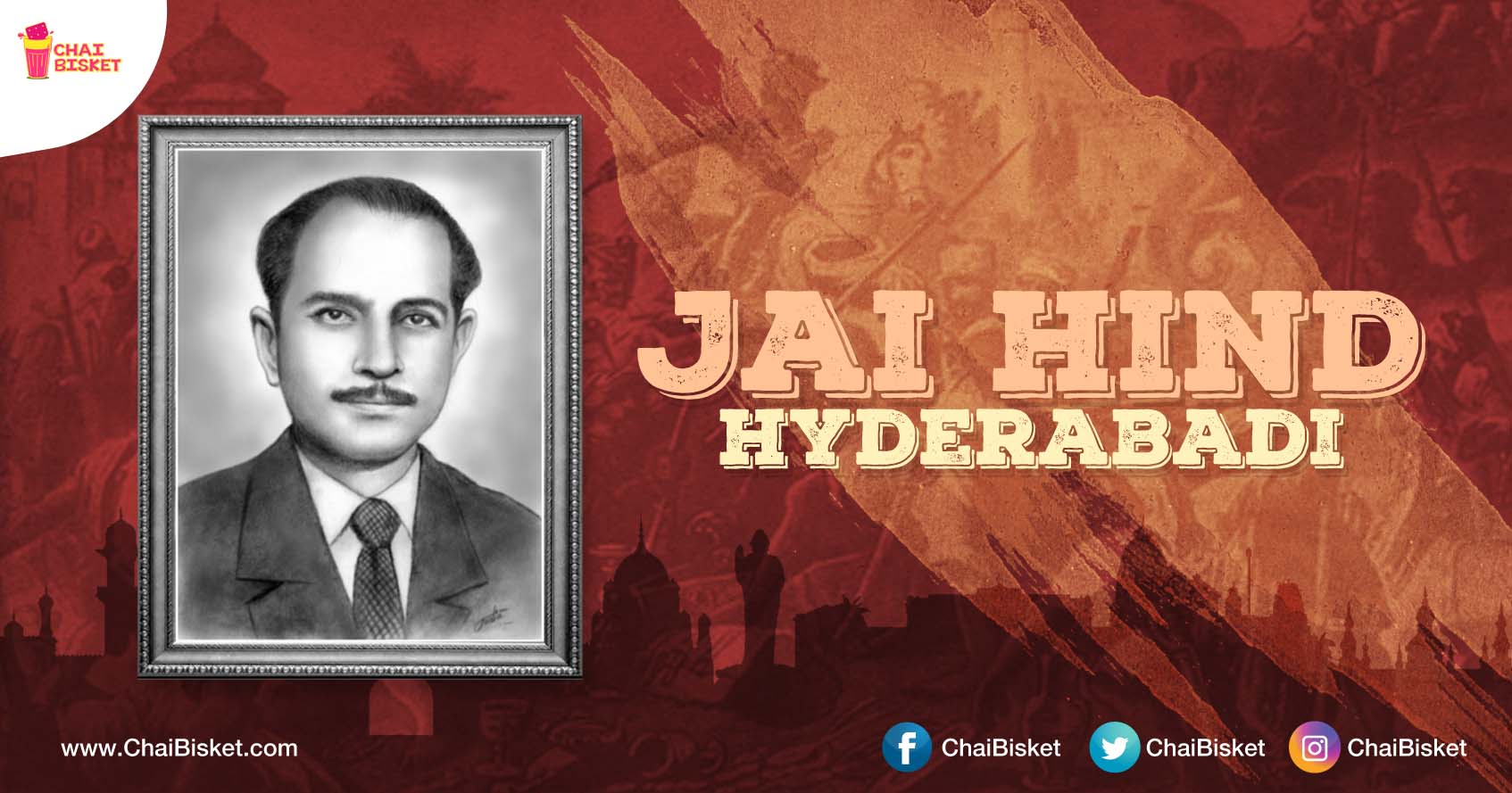 Jai Hind – We often keep using this slogan – a battle cry – most commonly used to indicate patriotism towards India (also known as Hind). It translates roughly to “Victory to India” or “Long live India”. Well, how many of you know that this term – “Jai Hind” – was coined by a Hyderabadi?

Born in an anti-colonialist family in Hyderabad, Abid Hasan was brought-up in India and later moved to Germany to train as an engineer. It was while he was an understudy in Germany amid World War II that Abid Hasan met Subhas Chandra Bose and chose to join the Indian Legion military unit. Hasan later joined in as Bose’s own secretary and mediator while Bose was in Germany. Hasan likewise cruised with Bose in the German U-Boat U-180 of every 1943 Bose’s voyage to South East Asia. Through the span of the reconstruction of the Indian National Army and its crusades in the south east Asia, Hasan rose to become a Major in the Azad Hind Fauj. It was likewise amid this that he received “Safrani”, after the heavenly Hindu shade of Saffron, to his name as a characteristic of collective amicability.

Abid Hasan, who was serving as a major in the INA, was asked by Netaji for a patriotic form of addressing among Indians. Abid first suggested “Hello” which was rejected. He later suggested “Jai Hind”, which Netaji liked and adopted it as the formal manner of greeting for revolutionaries and members of INA. Later, Nehru used it in his Independence Day address from the ramparts of the Red Fort. Abid created and popularized the slogan ‘Jai Hind’, a shortened form of “Jai Hindustan Ki”. This slogan inspired the nation and also initiated the title ‘Netaji’ to Subhash Chandra bose when he was in Germany. Abid was later appointed as the Commander of the Gandhi Brigade of Indian National Army by Netaji. Abid was also arrested by the British along with other commanders of the Indian National Army and he spent some time in prison.

After partition, Hasan chose to settle in Hyderabad and joined the nascent Indian Foreign Service. Over a long diplomatic career, Hasan served as the Indian Ambassador to a number of countries including Egypt and Denmark before retiring in 1969. Syed Abid Hassan Safrani, after retirement, returned to his home city Hyderabad where he breathed his last in 1984. Let us hope that the slogan he coined doesn’t lose its ‘true meaning’ in modern day politics, where politicians and others are taking advantage of the two powerful words. Let us continue to keep up the spirit our freedom fighters gave us and look into it that pluralism and diversity be reflected in our democracy. Jai Hind! 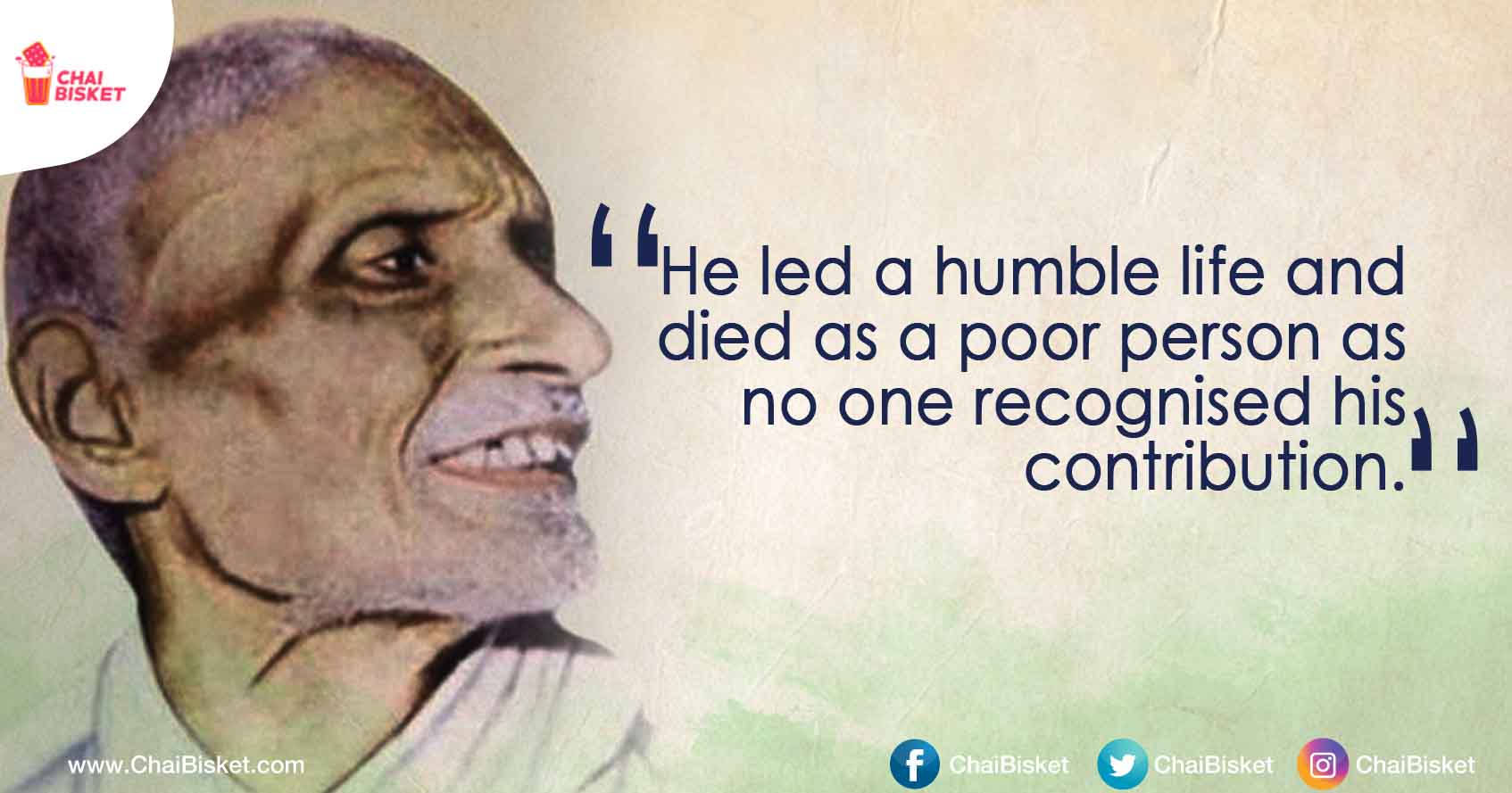 The Incredible Life Story Of ‘Pingali Venkayya’, The Man Who Designed Our National Flag